One doctor talks about coming to the Midlands from the Dominican Republic, the struggles she has had, and how she wants to help others. 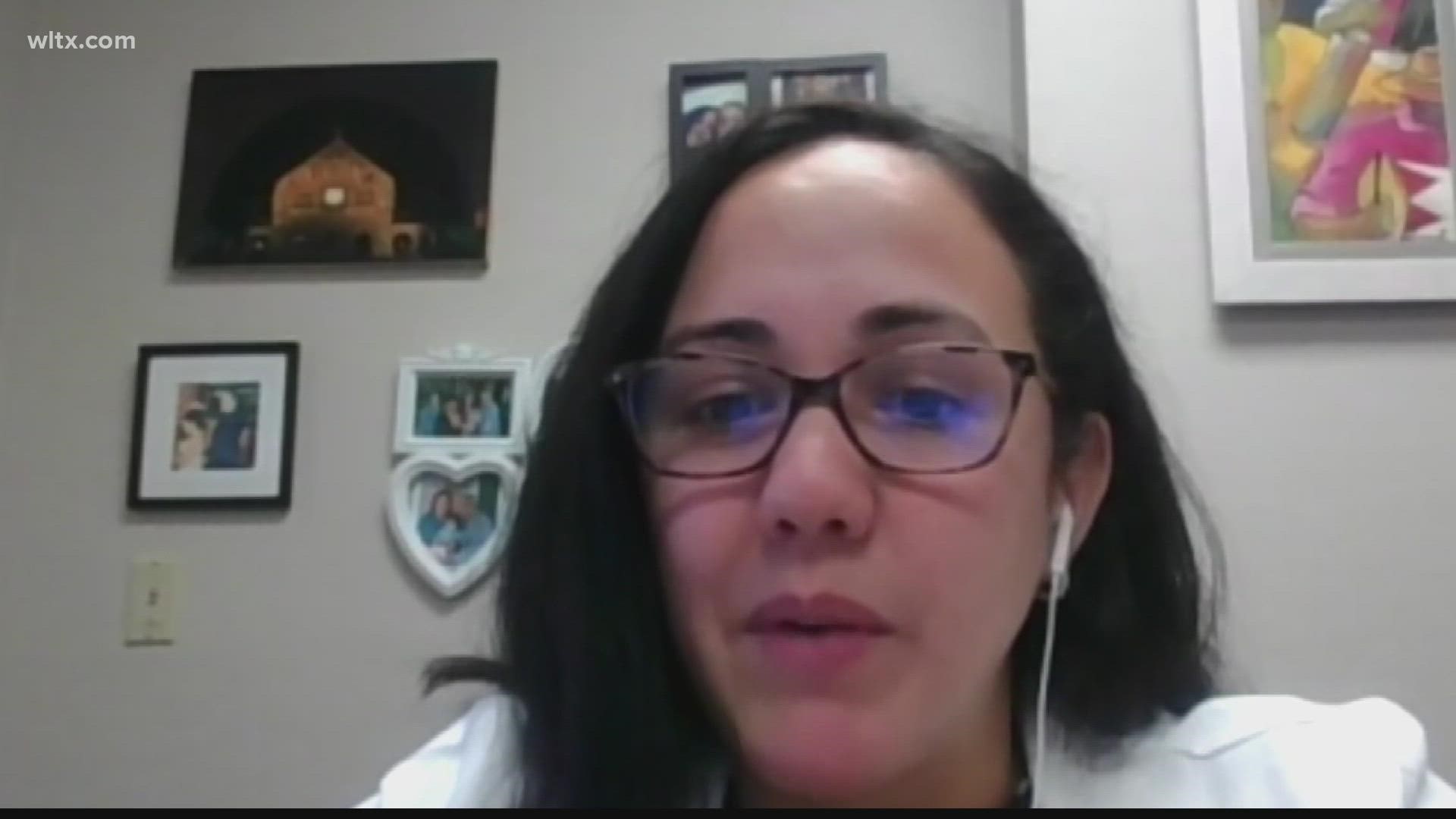 COLUMBIA, S.C. — A 2019 report called 'State of Hispanics' in South Carolina' said that 5.6% of the state's population is Hispanic with Hispanic communities represented in every county in the state.

Dr. Karla Cruz Morel, a Dominican Republic native, came to America to pursue her studies in medicine.  “So I grew up in a small town in the Dominican Republic called San Francisco de Macoris. I come from a very humble family, I wanted to be a doctor since I have memories,” said Dr. Cruz Morel.

During Hispanic Heritage Month, she talks about the difficulty of working in  America and how she wants to help other Latino women pursue their dreams.

“When I was in the Dominican Republic doing my rotations, it was pretty obvious to me there’s a lot of disparities in healthcare in my country and also a lack of resources,” she says.

Not only did she leave her home country and culture, she says she had very little knowledge of English.

After doing her clinical rotations at Miller University in Miami, Florida, she went on to complete her post doctorate in pulmonary vascular disease at Stanford University, in California.

Three years ago she came to Columbia, to work at Prisma Health.

“I always wanted to do pulmonary critical care, because I was always interested in taking care of the most complex patients, and be able to save lives. And that’s where you save lives, in the critical care.”

Dr. Mercedes Lopez-Rodriguez,  an Associate Professor of Spanish and Comparative Literature at USC, who’s most recent book focuses on racial identities as they are portrayed in literary and artistic texts, focusing in Latin America, says nationality can effect employment.

RELATED: Latino restaurants serve flavor of home to the Midlands

“Depending on your racial background and your national background, it has an impact on the chance you have to succeed in the U.S.,” said Dr. Lopez-Rodriguez.

She went on to say, “Being an immigrant is always an extra challenge.”

She says many people in the Latino community have to fight harder than others. “Being a Latino, it’s a challenge… and sometimes people forget about, you have to be hard working, you have to love this country, you always have to prove that you deserve to be here. You are always treated as if you are a stranger, as if you do not belong here, and we do belong here.”

Data from South Carolina Minority Affairs found that in 2010, there were more than 11,000 Latinos working in the management, business, science and arts sectors across the state. In 2019, that number soared to more than 23,000.

As for Dr. Cruz Morel she wants other Latina women to follow their dreams. “I want to look back at that little girl that wanted to be a doctor and tell her everything is going to be just fine,” she says.

“I just encourage every Latina women to be authentic and achieve high and get their goals and their dreams.”

According to S.C. Minority Affairs, the 2020 data will be released in November.

DR. Cruz Morel says she is one of the creators of  the “USMLE/ECFMG for Dominican Medical Graduates” Facebook page, which is a page created to help other Dominican Republicans pursue their medical training in America.
She says she’s also an advocate for inclusion and diversity at Prisma Health.