Not only did other kids hear the bus driver's George Floyd comment, but it was recorded on the bus's onboard camera. 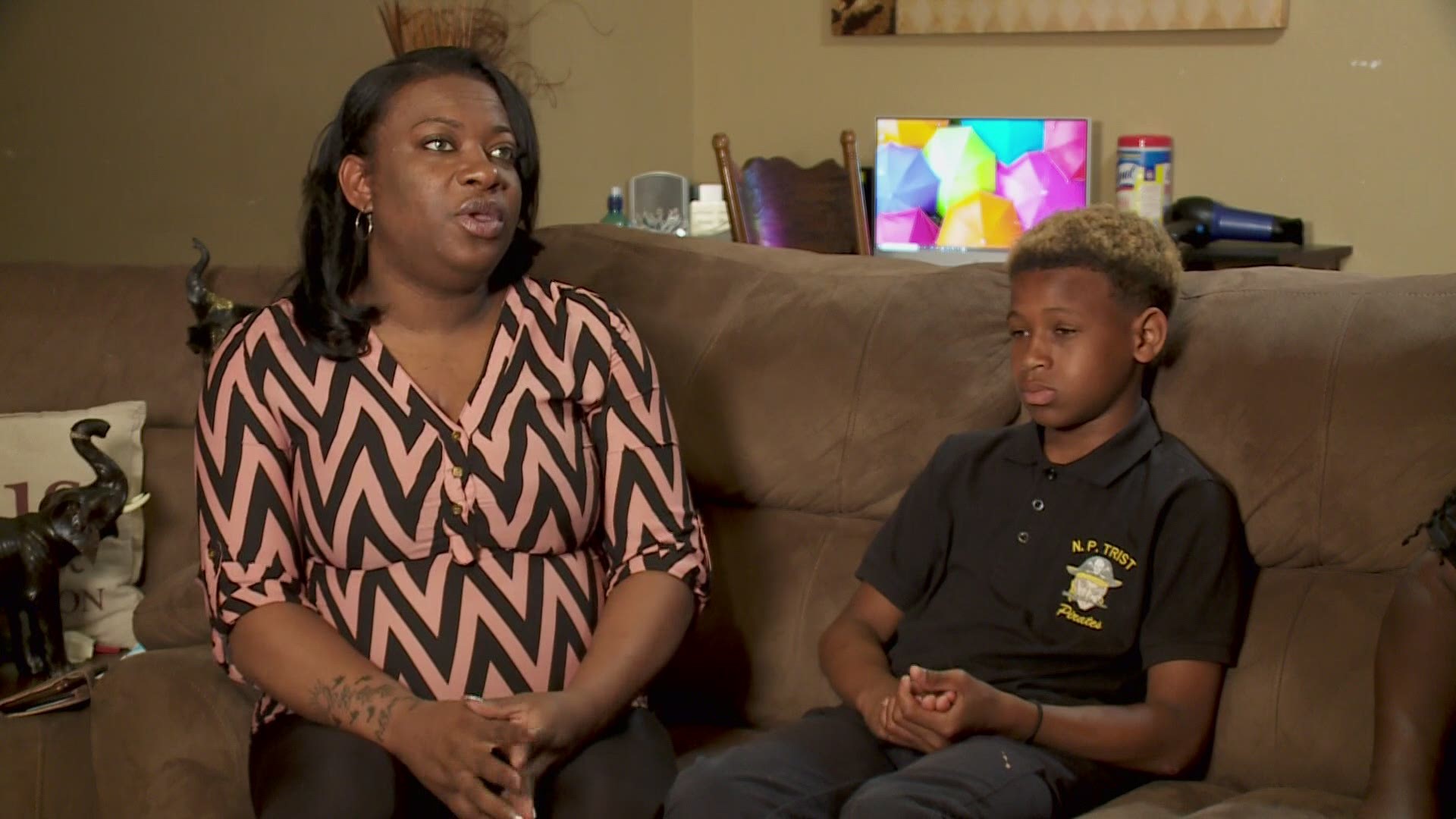 The comment was reported to the school system last week by Rose Gabriel on behalf of her 11-year-old son, Rashad.

Gabriel said she noticed something was wrong when her son was not his usual carefree and chatty self when she met him April 9 after he got off his school bus.

“He said, 'Mom, the bus driver said something to me that was racist,’ ” Gabriel said.

The boy told his mom that the bus driver scolded him after his face mask slipped below his nose. Rashad said he was out of breath after running to catch the bus to Trist Middle School that morning.

Gabriel recounted what the driver said:

“Since George Floyd, that's what you all say, but I don't see a knee on your neck.”

Gabriel said she was taken aback.

Not only did other kids hear the George Floyd comment, but it was recorded on the bus's onboard camera.

Floyd was killed at the hands of Minneapolis Police Officer Derek Chauvin, who knelt on Floyd’s neck for more than nine minutes while he was face-down, handcuffed and pleading that he couldn’t breathe. Chauvin was convicted Tuesday of murder after a high-profile televised jury trial.

Gabriel choked up recalling her struggle to address her son bewilderment: “I just started crying. Because she….excuse me. Don't make him feel inferior. He's not inferior to nothing. He's equal to any of those students on that bus.”

Rashad is black. The bus driver is white.

After driving her son to school the following Monday to avoid the driver, Gabriel reported the driver's comment. The driver admitted what she said and the matter quickly reached the desk of longtime School Superintendent Doris Voitier.

Voitier took swift action. The employee is now out of a job.

The longtime superintendent said she could not reveal whether the driver resigned or was fired because her departure is a personnel matter. But Voitier had some strong things to say.

“She no longer works for our school system,” Voitier said in a telephone interview. “I can't defend that. I don't condone that. What she said is offensive and inappropriate. It was racially insensitive. And we took appropriate action.”

“It made me relieved that I know she's no long on the bus with my son or anybody else's child,” Gabriel said.

With the controversy now in the rear view mirror, Gabriel said she can concentrate on something less stressful, making her son the happy student he was before.

Voitier said she was especially sensitive to the matter because the trial of Derek Chauvin in George Floyd's death was in full swing when the employee made the comment.