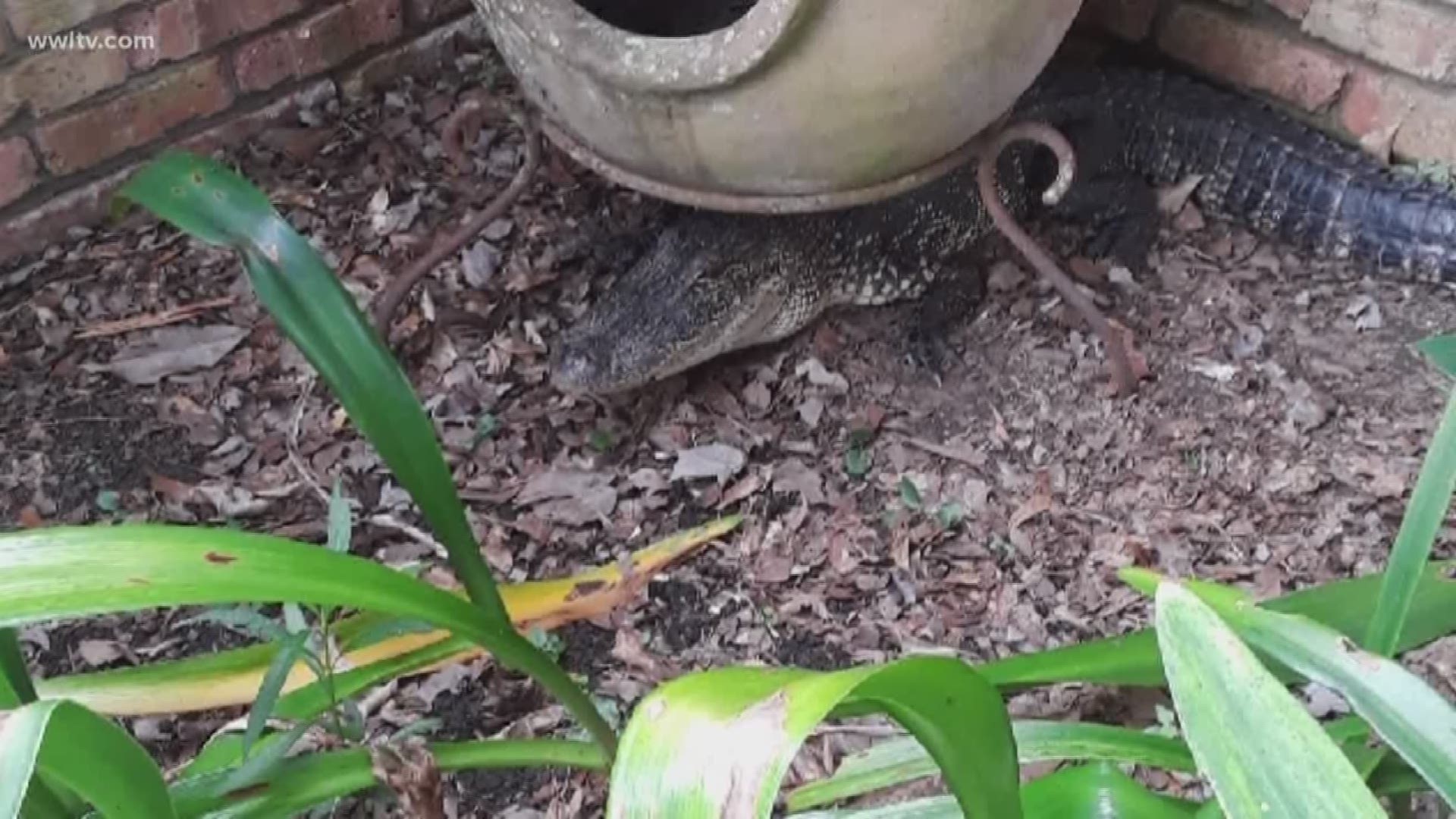 LULING, La. — A St. Charles sheriff's deputy is recovering from serious injuries after trying to remove an alligator from a lawn.

Deputies there are used to dealing with uncooperative subjects, but a call for help to the 100 block of Evergreen Court in Luling on Monday was that of a much different nature.

"I came out to water the plants because there's a hose and everything is right there," a homeowner said.

The homeowner who made the initial call didn't want to be identified, but he described to Eyewitness News what happened.

"The little bugger was right there," he said.

That's when he saw what is estimated to be a 5-foot-long alligator hiding behind a planter in a corner of his backyard.

"So we got the dogs in real fast, wasn't sure what to do so we called animal control."

Within the half hour, a nuisance control officer and two deputies arrived on the scene. The alligator was quickly lassoed, and one of the deputies was asked to help tape its mouth. Deputies often help out, however, this time somehow the alligator got loose.

"When our officer went down to tape the mouth shut of the gator, it lunged up some, it was able to break free," said St. Charles Parish Sheriff's Office's Rodney Madere.

The homeowner remembers the terrifying struggle.

"It got loose and that's why my arm would be there to be bit," he motioned to where the deputy was bit.

"When the second gator guy came he was the one that had the free hands to stab it in the eye, and he said right behind their eye is their brain and as soon as you do that it'll unlock," the homeowner recalled.

That deputy was then taken to University Medical Center where he's been released.

"But they are roamers, they get up in these backyards, we've had them on porches," St. Charles Parish Sheriff's Office Captain Paul Adams said.

The Sheriff's Office estimates they've already responded to 70 alligator calls this year. It's not clear how this gator came into the backyard or why.

"They're in our waterways, ditches, they're in the swamps they're everywhere," Madere said.

But it's normal to see them in the area.

"Don't ever underestimate, whether it's a 3-foot alligator or a 30-foot gator, they're all mean as hell," the homeowner added.

The alligator has been euthanized.