The Tennessee Department of Human Services ordered Jennifer Salley to stop operating an illegal daycare center in her home in May. It does not appear she was in violation of that order last week. 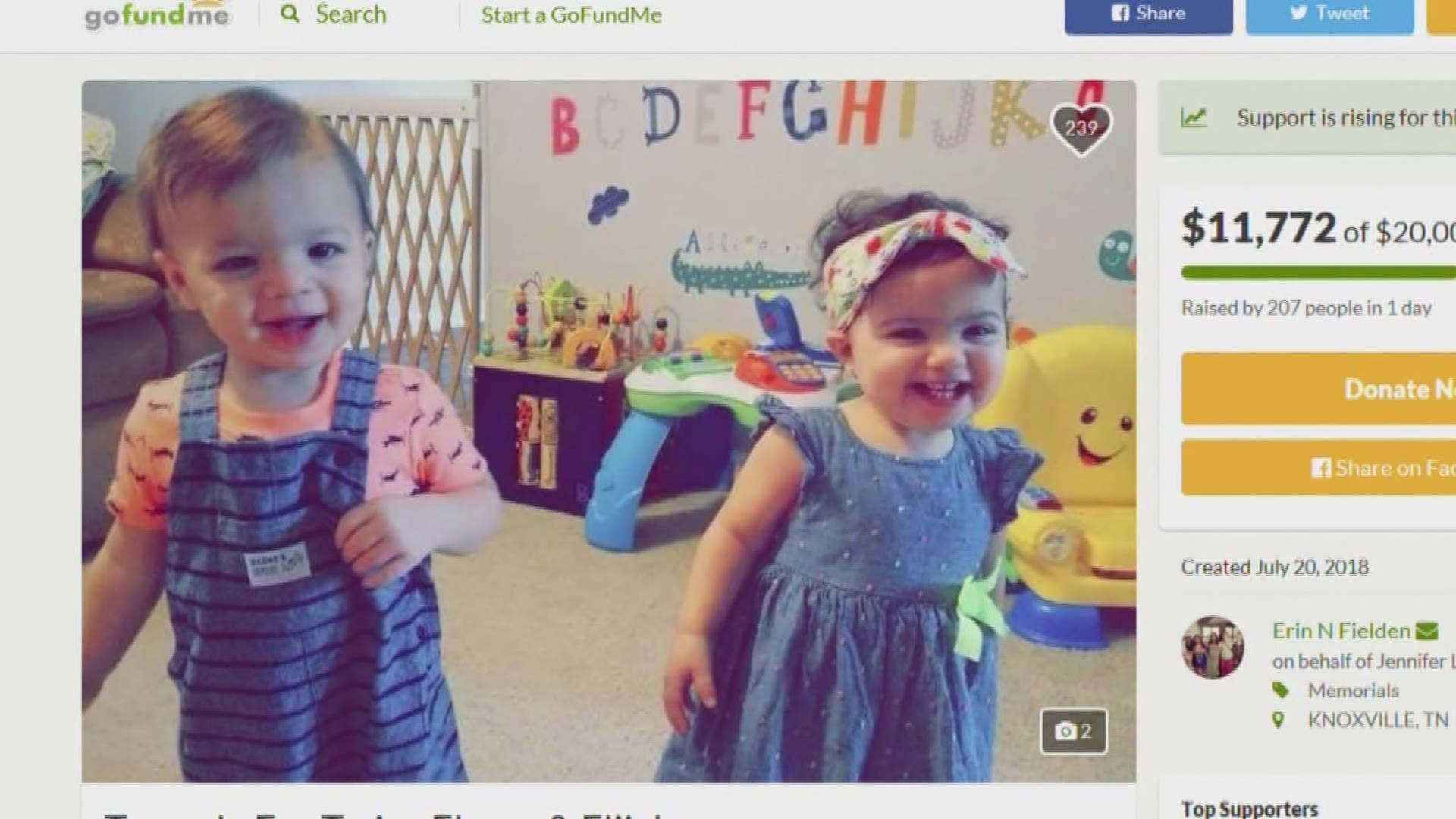 Knoxville — The woman who was babysitting the twin toddlers who died after being pulled from a swimming pool was ordered in May to stop conducting a child care center in her home.

Elyssa Orejuela drowned on Friday. Her twin brother Elijah was pronounced dead by doctors at East Tennessee Children's Hospital on Sunday. They were almost 2 years old.

RELATED: Family thanks community for support after twin toddlers die

RELATED: How to tell if a childcare facility is meeting Dept. of Human Service's standards

A GoFundMe for the family has reached over half of its goal.

The twins were in the care of Jennifer Salley at her home on Fox Lonas Road in West Knox County. According to investigators, Salley noticed the twins were missing when another child was dropped off at her home.

The Tennessee Department of Human Services (TDHS) issued an injunction against Salley in May for operating an illegal daycare center in her home.

Authorities noted in May that she had eight children in her home, according to DHS. It is illegal in Tennessee to keep more than four unrelated children in a home for more than three hours without a license.

TDHS spokesperson Sky Arnold said the department has received no further complaints against Salley, and while they are still investigating the drowning, it does not appear that Salley was in violation of the injunction last week.

Under state law, Salley would be allowed to care for up to four unrelated children in her home without a license. 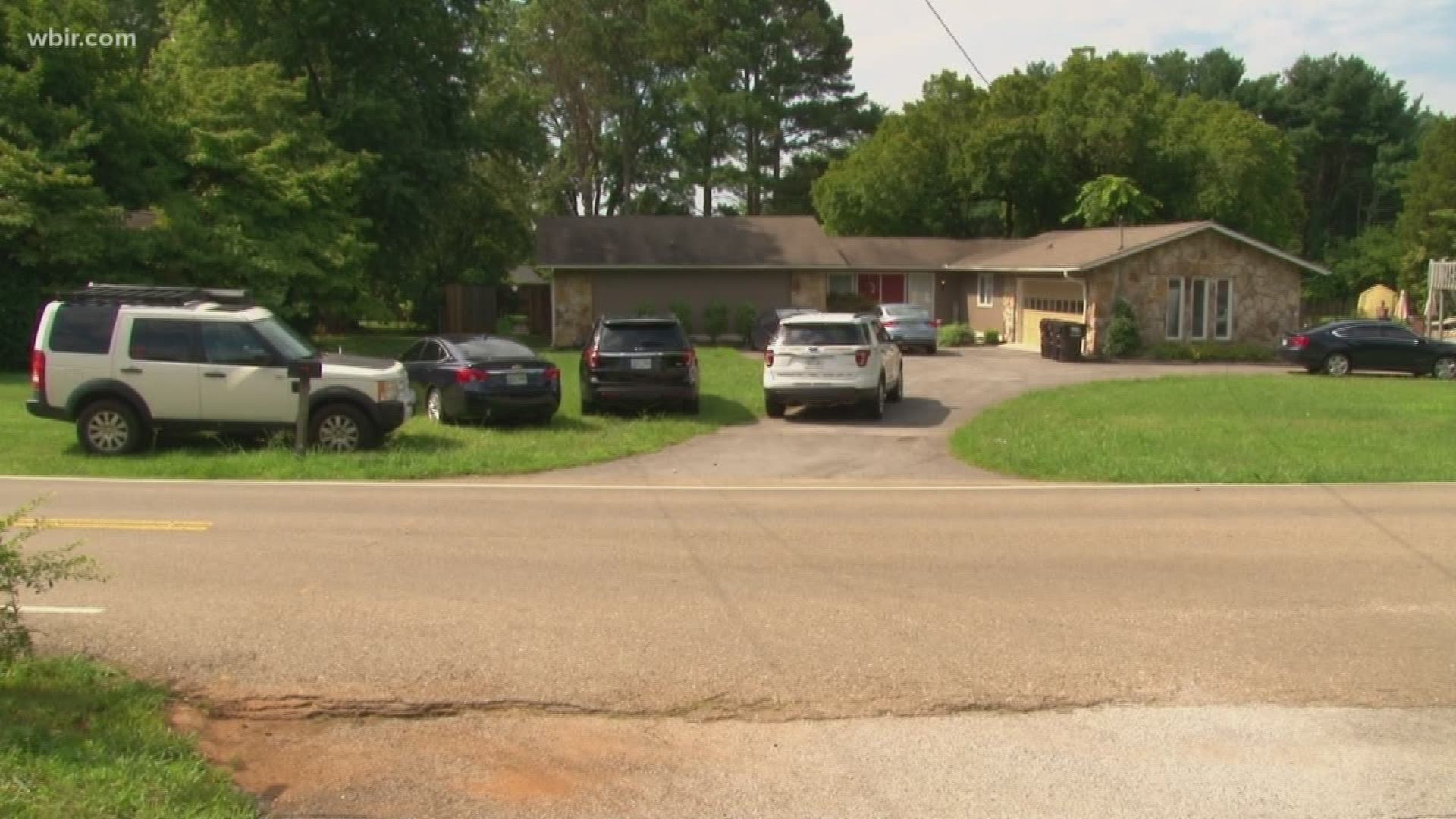 There were, however, two complaints filed against Salley before the May complaint. One was in January. The second was in March. Both complaints claimed she was caring for more children than allowed at her home without a child care center license.

When TDHS investigated the January complaint, they visited the residence twice. Both times dogs were heard barking inside but no one answered the door.

Salley sent a letter to families telling them she had to drop some children from her business. The letter states Salley has not seen her own kids for 168 days and alleges that her family reported her to DHS "because they are out to destroy her."

The March complaint claimed she was operating an unlicensed child care. When two Child Care Program Evaluators (CCPEs) conducted an unannounced visit in response to the complaint, they heard kids talking and dog barking inside but when they rang the doorbell, it sounded like an adult turned up the song "Sweet Caroline" and began singing it with children.

"They waited several minutes for someone to answer the door, but no one answered the door," the complaint said. A copy of the law and information regarding unlicensed childcare was reportedly left on the doorway.

CCPEs went back and waited outside her home and observed kids getting dropped off. Salley reportedly saw the CCPEs and asked why they were there and they came into the home and toured it. They saw "pack n plays, child gates, high chairs, and beds", according to the complaint.

On May 5, a third complaint was filed. The complainant alleged Salley was paid for childcare with pain medication. The state said Wednesday that it has not confirmed whether or not that allegation was true.

Four days later, DHS visited the home for a fifth time, finding eight kids there. DHS employees described children laying alone in dark rooms that smelled like feces. According to DHS, they notified the Tennessee Department of Children's Services and made them aware of the concerns about Salley's residence in early May.

Salley also advertised she was CPR certified and offered swimming lessons for $150.

Again, the only incident she was cited for was the complaint in May for operating a child care agency without a valid license.

"There's certain safety precautions that you have to take if you have a pool, especially with children around," said Sidney Gilreath, a Knoxville Attorney. "The question before the court would be foreseeability. Was it foreseeable that these children would wander into the pool? If it was, then the property owner and daycare center owner had a duty to not let that happen."

TDHS spokesperson Sky Arnold said they did not contact parents of the daycare center after the complaints were filed because the January and March complaints "wer not substantiated by visits to the home. The complaint in May was substantiated and legal action was taken. Ms. Salley was placed under a court order to cease illegal operations. TDHS has received no additional complaints following the signing of the agreed injunction."

The Tennessee Department of Human Services said it has no authority over pool regulations in unlicensed day care centers. That would fall under local governments.