Before the opening of the SC State Fair, judges must choose the winners of the Home Goods competition. That means eating a lot of cake! 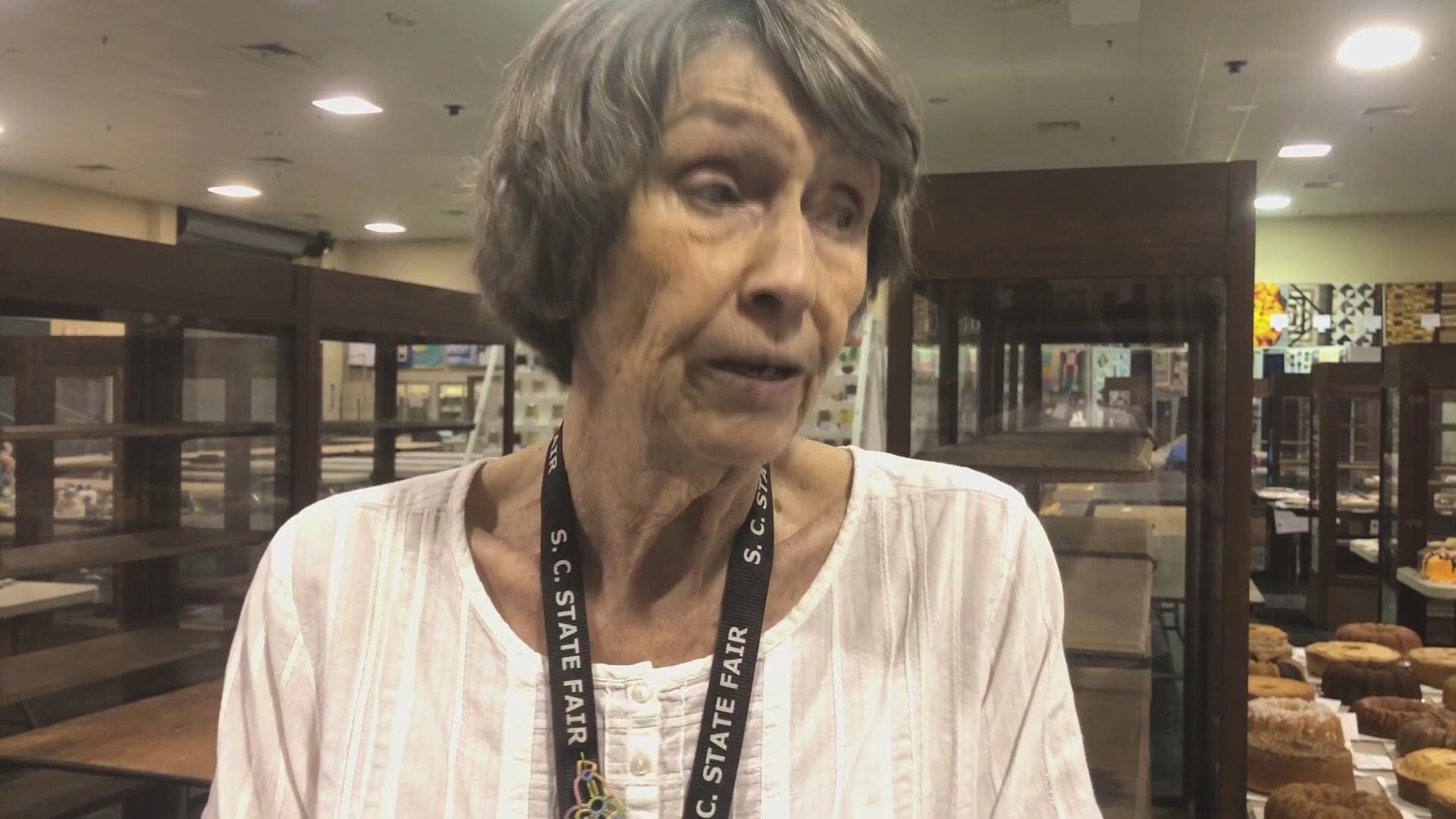 In addition to the rides and games and shows, there is another side of the fair – one that features a more competitive side.

One tradition at state and county fairs across the globe is the homemaker competition where locals vie for the blue and red ribbons that serve as proof that theirs is the best of all baked goods, jams, pickles and canned goods from their respective state.

On Monday morning, she and her team were busy accepting entries for the baked goods competition and readying them for the judges who would arrive that afternoon.

Turner didn’t have an accurate total yet, but said she figures there are about 400 to 500 entries this year in the baked goods competition. That field includes cakes, cookies, candies, pies, breads, and biscuits.

Things can get complicated as within each field, there are sub-categories (cakes are either refrigerated or non-refrigerated) and sub-sub categories (pound cakes are judged on flavor: chocolate, lemon, sour cream, vanilla, and the catch-all “any other” class).

It’s no wonder that Turner enlists a small army of judges each year to slice through the competition, checking for appearance, texture, flavor, frosting and filling in order to determine the winners.

This year there were 40 judges selecting entries worthy of the first place blue, or second place red ribbons. There can be more than one blue ribbon in each category, Turner explains, or none at all. The names of the contestants are hidden from the judges so that impartial decisions can be made.

In order to judge the cakes, judges cut the whole cake in half in order to get a good look at the center, to check the texture and density of the cake, and to make sure that the cake isn’t over- or under-baked.

They then slice into one of the halves – the other will be saved for display – and take a bite.

All blue ribbon winners in each section are put together and the judges must then decide, among those winners who will be sweepstakes winner, winning not only a blue ribbon but a cash prize.

And don’t worry about waste. Turner says the cake halves that are used for judging – the ones not on display – are packaged up and distributed to five or six soup kitchens in the Midlands.