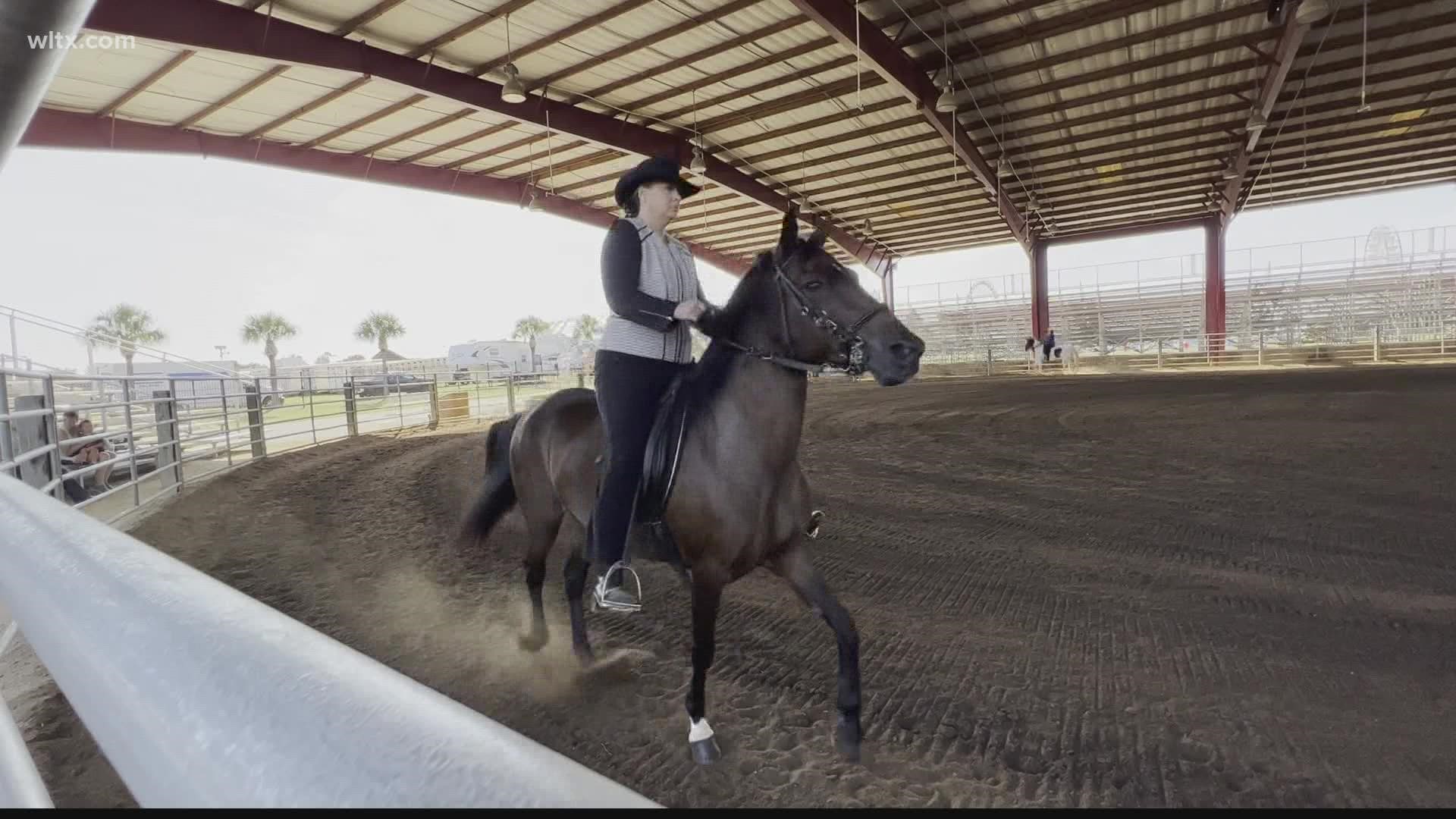 The show was put on by the Puerto Rican Paso Fino Federation of America, Inc. in memory of one of their founding members, Creighton Shull.

The breed of horse started in Puerto Rico and is said to be the smoothest riding horse in the world. President of the Federation Gail Brown says, "they started because they wanted the smoothest, forward lateral gaited horses they could have."

Many took part in the competition including Gail's daughter Jennifer Watkins, "It feels wonderful we trained and work hard to be in the show and it's a great feeling."

The PRPFFA were in the Abernathy Arena all day Wednesday and Friday.