Spearman says we need to look at how we can have an accountability system that does not put undue stress on our teachers and students. 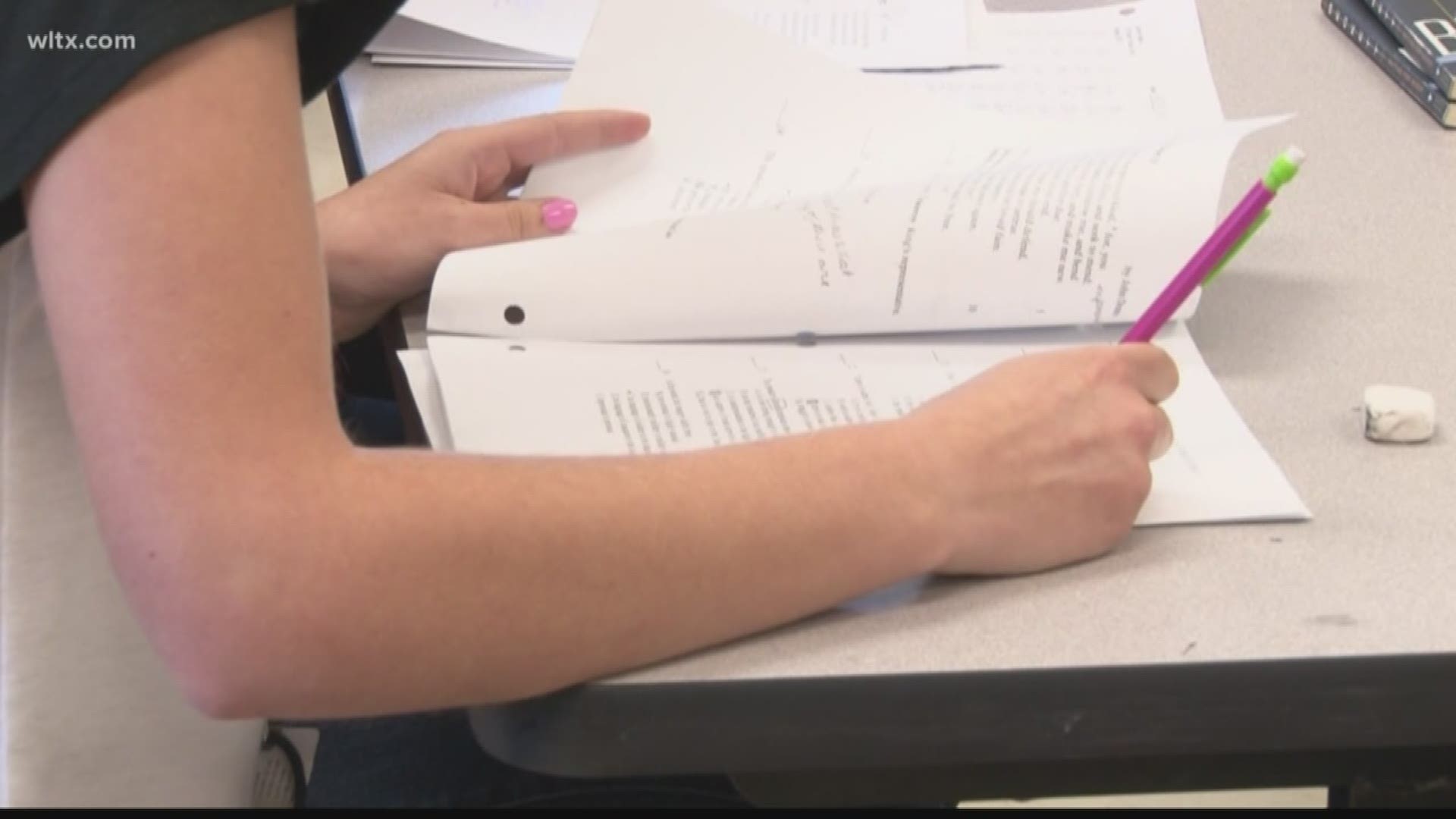 Columbia, SC (WLTX) - State Superintendent of Education, Molly Spearman, spoke on the record for the first time today regarding concerns with the state's standardized testing.

She calls it a "big problem".

"There has been a tremendous emphasis put on standardized testing," said Spearman. "Too much, in my belief."

This was an issue brought up by thousands of teachers during a Statehouse rally in May.

Now, hope is in the hearts of instructors who say this is a step in the right direction.

"Everything you do is tied, geared, directed at the test. At the end of the day, you're really not teaching U.S. History, you're teaching how to regurgitate facts and dates," said Michael Burgess, the lead teacher for the Center for Law and Global Policy Development at River Bluff High School. He is also involved with the organization SC for Ed.

Burgess is in his 25th year teaching. One of the most challenging aspects of his job, he says, is catering a curriculum to tests that aren't a true reflection of a child's learning.

Nicole Walker, an SC for Ed Board Member, is the Magnet Director at Ridge View High's Business and Law Program.

She agrees with Burgess, saying part of the problem is a school's report card is fueled by standardized test scores, yet it's only a third of a graduate's profile.

"People need to understand that lots of real estate and business decisions based on our school report cards," said Walker. "There is so much lost instructional time by just trying to spend time teaching to a test that ultimately doesn't really serve us in any way...If I give my kids an end of course test, I'm not gonna get any kind of substantial feedback from that test. So I won't know how to plan my instruction differently anyway. So for teachers, it really just feels futile."

Officials with the State Department of Education tell us that in the 2016-2017 school year, there were 10 were 10 SCPASS Social Studies and Science examinations for grades 4-8 in South Carolina schools. The next two years, that number cut in half. This school year, it's down to two standardized tests. The tests that were cut were the SCPASS for elementary and middle school students in the subjects of social studies and science. Students in grades 4 and 6, however, will still take the SCPASS science test this year.

Spearman says the biggest change she's seen in our school system over the years is the burden of standardized testing and reporting schools need to do.

"Our teachers are really tired," said Spearman. "While there's some good that comes out of [tests], there's an awful lot of anxiety for teachers and for students. So I think it's time, really past time, that we need to look at how can we have a good accountability system that reports but does not put undue stress on our teachers and our students."

Spearman says tests have taken the joy out of teaching for some instructors, and that's the last thing she would want.

"We know children will engage and will be more successful if their teachers are happy," said Spearman.

Burgess witnesses firsthand how the stresses of testing can deter aspiring teachers.

"I know personally of former students of mine who have gone into teaching and have left teaching because they wanted to teach," he said. "They didn't want to just train students to take a test."

A plan for fewer standardized tests and paperwork comes as state leaders follow up on school resource officers and mental health counselors in every school.

"We are cautiously optimistic that the state is being responsive, they're understanding that it's time for change and that we can't see any more teachers walk out the door," said Walker. "It's wonderful that she's taking these things seriously, and we just hope to continue to be part of the dialogue."

"It sends a message to all of us that she gets it. She understands and she's gonna work to reduce the enormous amount of wasteful testing that we do on top of which we have wasteful spending on testing - up in the millions of dollars spent on tests - that gives us data we can't use," said Burgess.

Starting teacher pay also underwent reform. July 1, the salary for all first-year teachers in the state went up to $35,000. That's a more than $5,000 increase in pay from past years. From there, each district can offer bonuses depending on qualifications.