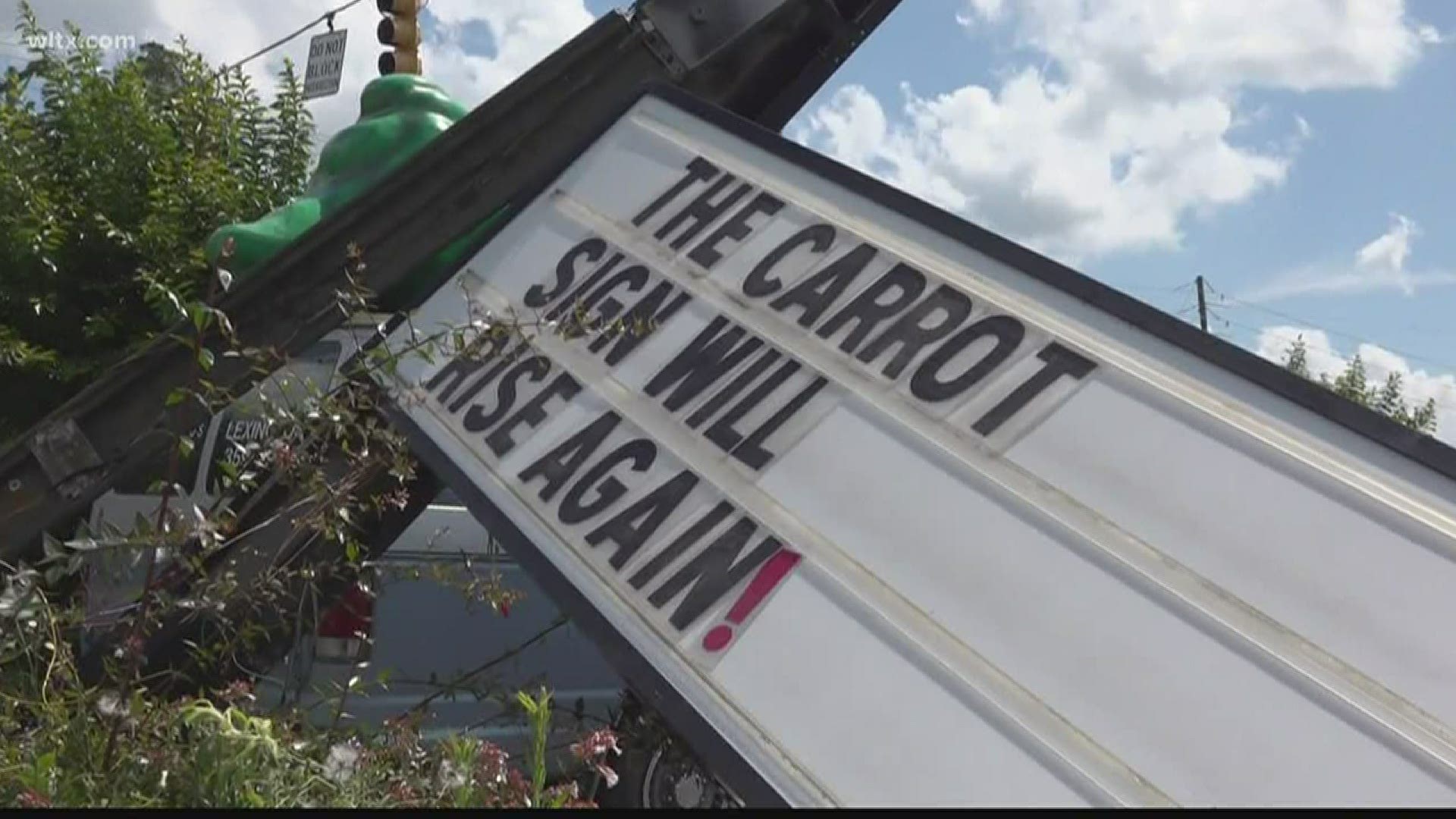 LEXINGTON, S.C. — One of the most iconic business signs in Lexington was destroyed Wednesday night after a car crashed into it during a pursuit.

14 Carrot Whole Foods has been in the Lexington community for the past 20 years. The store has been in business for 29 years total.

"I got a call that somebody hit our sign and I came over there and were I don't know how many police cars in the parking lot," said Ed Elbrecht, the owner of the store.

The store that's been here for two decades is known for the giant carrot on the sign out in front.

According to Lexington Deputies, someone was driving recklessly and when deputies tried to stop him, he started a pursuit.

RELATED: Lexington County Blowfish teaming up with the Bacon and the Bananas

Deputies say after the crash, he bailed out and K-9s tracked him down and he was arrested.

Right now the store is working on getting a new sign. They are not sure when they will have one put back up. The owner said 20 years ago, the sign cost $13,000 and has no idea how much it would cost now.

Elbrecht says he's been thankful no one was hurt in the incident. Since he posted on the store's Facebook page, they've received a lot of encouragement from the community. He says he's thankful for that as well.

"I was disappointed to see it get destroyed but it will be replaced," explained Elbrecht. "It's only a sign. We'll have to see what insurance will cover it and get a couple prices on signs but I hope to put it back exactly like it was."