Aaron Graves was a local celebrity when it came to Columbia's music scene. His friends and family are honoring his legacy with a mural of all things Aaron. 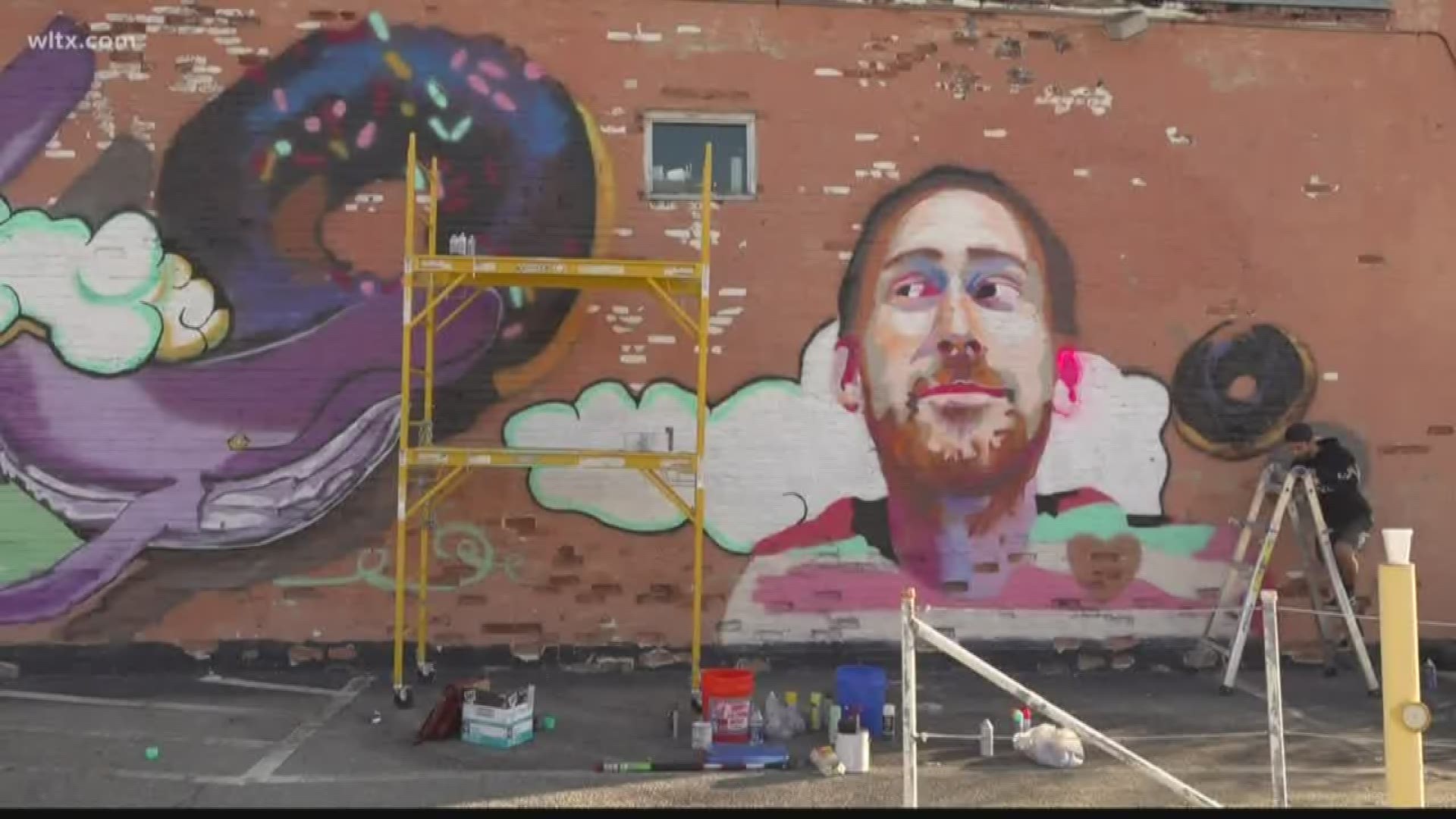 COLUMBIA, S.C. — Earlier this year, Columbia’s music scene lost one of its great contributors to a brain tumor.

Aaron Graves was a skateboarding, record-producing, doughnut-eating musician who touched a lot of hearts here in the Capital City.

Aaron left behind a loving wife and two children when he passed away at only 33 years old.

In memory of Aaron, some of his friends and family got together to bring a mural of all things Aaron to the outside wall of the Hunter Gatherer on Main St.

Lauren Andreu was a longtime friend of Aaron's from high school. “At the memorial service for Aaron, our mutual friend Heather that we also went to high school with and who’s very involved in the music scene here, she knew that I had been doing murals because I had been posting them on Facebook. And she just came up to me and was like, 'hey, what do you think of this idea?' And I was like, 'yeah, that sounds amazing.'”

It took a group of people to see this come to life. They had to find the building, get permission from the owners, go through the historical association, get the funds for the project and find the best way to make it come to life.

“For me, it was just very important that it be lighthearted and whimsical and have some childlike qualities because Aaron was just a very lovely, loving, community-oriented person," Andreu told Street Squad. "Just hoping to capture that spirit, and I did bounce a lot of the ideas off of different people that knew him and heather and his family and stuff. It was important that everyone felt good about it and was like ‘yes! That’s totally Aaron.’”

Aaron was respected and loved in the Columbia community and this mural attests to that.

Credit: Lauren Andreu
Aaron Graves and his family and friends.

"One of the things that we’ve discussed, like the people who have been involved is, that its kind of funny because Aaron wouldn’t have wanted something like this," Lauren laughs. "But, he would have felt awkward or kind of like ‘what are you guys doing??’ He probably would have laughed, you know. And, in that way, its kind of fun, too.”

Lauren says they hope to have some kind of unveiling when the mural is finished.