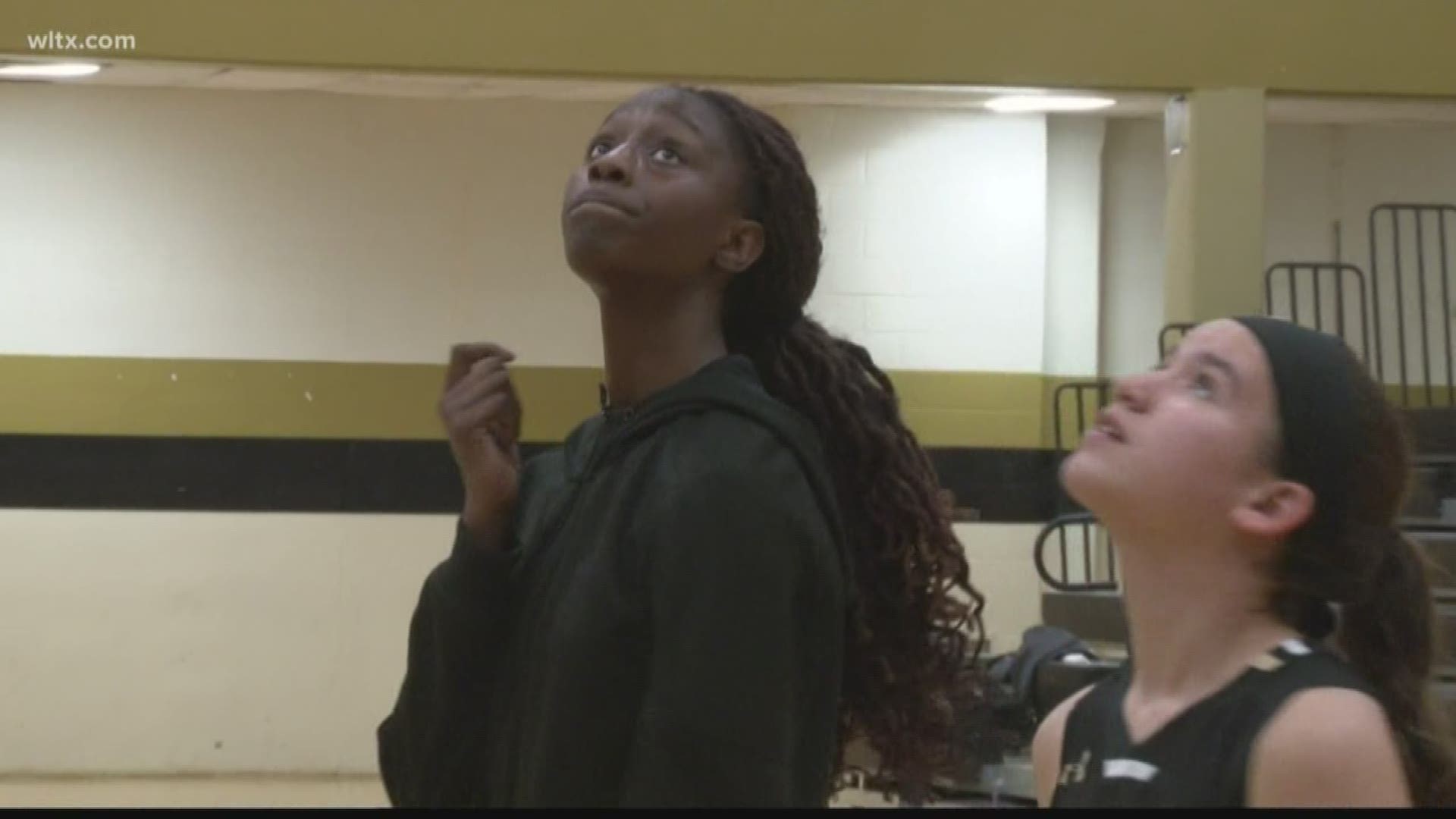 Joyce Edwards, Deanna Jeffcoat, Morgan Champion, and Zyasia Carter are students at Camden Middle School who have become key contributors for the team.

"It's definitely something that I have not experienced in my career, having this young of a team." said Natalie Jeffcoat, who is the head women's basketball coach at Camden.

It has been a special season for Coach Jeffcoat and the Bulldogs.

The team is 21-3 this season and are on pace to have their best season in program history.

Deanna Jeffcoat, who is in the 8th grade, says playing varsity this early in her career has been a great experience.

"It makes me feel good that I am able to play with people who a bigger stronger and faster than me." said Jeffcoat.

Joyce Edwards, who is the Bulldogs starting lineup and is one of the team's leading scorers, says playing varsity gives her a chance to perfect her game and become a better player.

And with all four of the girls still growing their game, Coach Jeffcoat is excited about the future.

"I just think the sky's the limit." Coach Jeffcoat says. "They want to work, they want to get better, that is their goal and this is what they want to do."

The Bulldogs are also 7-1 in their region and will be in action again on Tuesday when they take on Indian Land.