After their donut shop was robbed, the owners of Chickenbutt Donuts were amazed by how many people showed support. 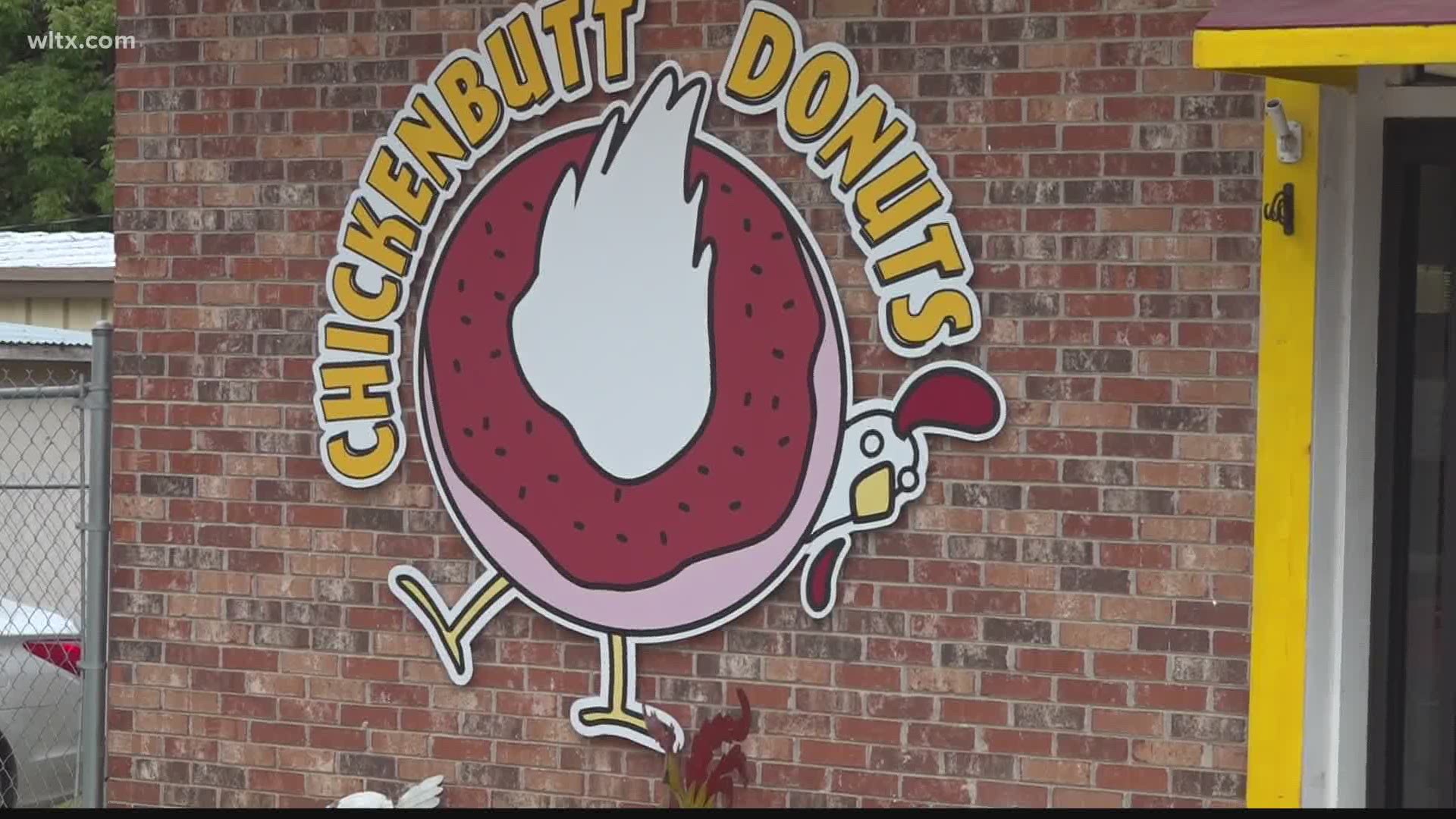 CHAPIN, S.C. — After a locally owned doughnut shop was broken into, the local community came together to help the shop.

Chickenbutt Donuts in Chapin was robbed earlier this week, and owners Tre and Sue Dabney said they took a significant hit.

Tre said they were shocked and scared.

“That’s the kind of thing that doesn’t usually happen out in this neck of the woods.”

They made a post about it on their Facebook page and immediately received a tremendous amount of support.

Local business Monster J’s Home Improvement chipped in to help replace their door and Capital Waste waived this month’s pickup fee. However, it wasn't just businesses who came out in support.

“Then just from the customers as well," Tre says, "the support has just been unbelievable. People driving by to check on us, people calling and texting, and getting in touch via social media. It’s been really overwhelming in the most wonderful way possible.”

RELATED: Ballentine Pelican's to be rebuilt thanks to local company

The Dabney’s were able to open their doors Thursday and say thank you with free doughnuts for all of the support they received. The couple couldn’t be more thankful for their Chapin community.

“It means we couldn’t have picked a better place to pitch our tent," Tre says.

Richland deputies arrested 20-year-old Ryan Conte in connection with this case and have charged him with vandalism, safe cracking, larceny and 2nd-degree burglary.