Thursday night's storm forced the haunted attraction to shut down on Halloween night because of damage. 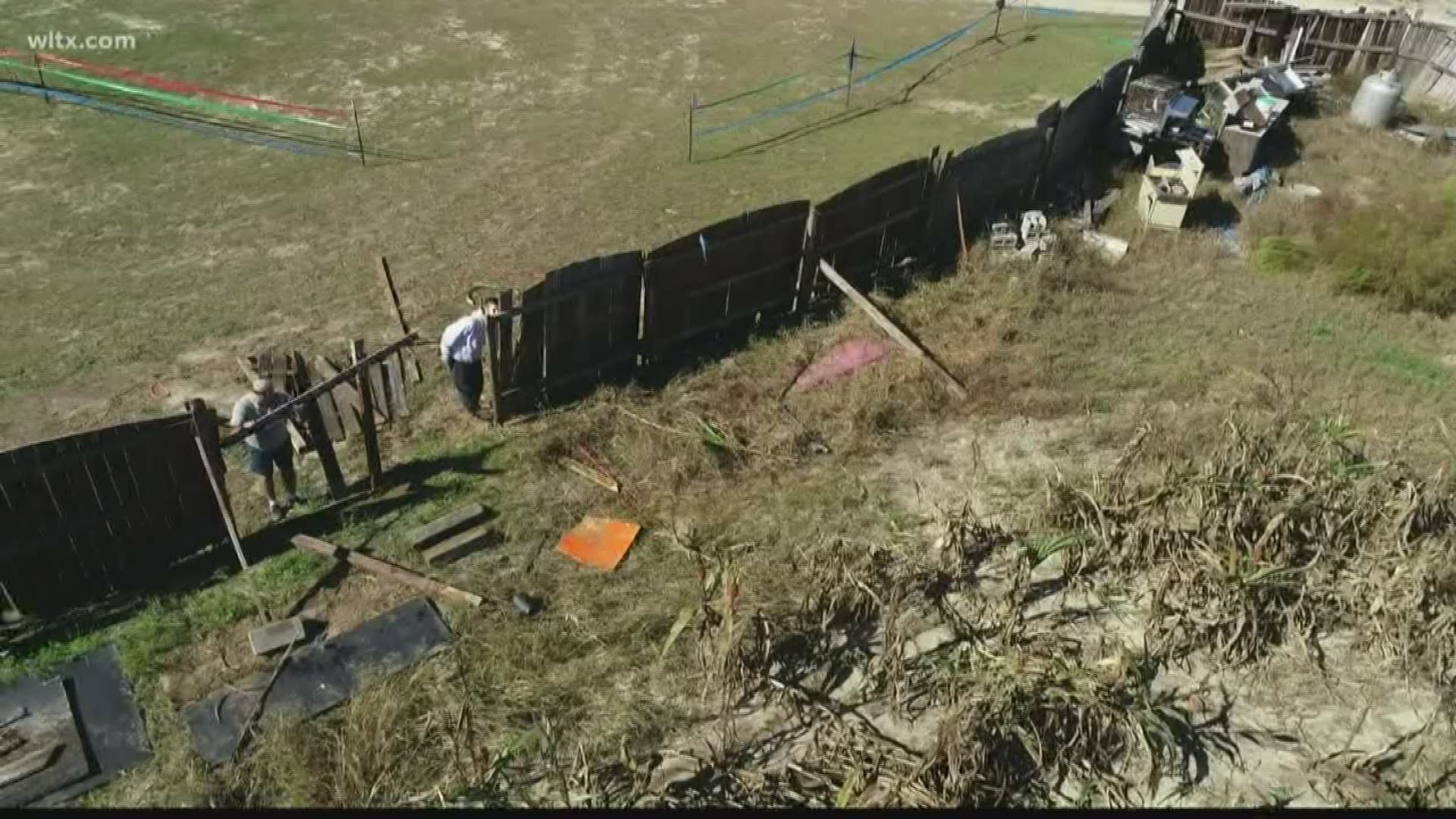 LEXINGTON, S.C. — Deceased Farm, one of the most popular haunted attractions in the Midlands, is cleaning up after storm damage forced the business to shut down Halloween night.

Brian Dalton, one of the owners of Deceased Farm, says Thursday night's storm brought a bit of damage to their business.

"In about five minutes, it destroyed a bunch of stuff, a lot of fencing," said Dalton. "The whole front of the haunted house kind of fell forward and we fixed that this morning."

Many of the actors were already in makeup and were just about to go into the haunted house but plans quickly changed.

"Typically Halloween night is a fairly busy night and about 6:15 or 6:30 last night, it just kind of stopped. We had to cancel because there was no way you could even get in. A power line was across the driveway," said Dalton. "Mother Nature's something else man. She's a bad lady," explained Dalton.

Many of the actors who work at the attraction helped last night trying to clean up as much as they could but Friday morning, Dalton found there was much more to do.

"There's no way to describe it. You just get in here and start working until it's done. We'll be done probably about 7 o'clock when we open tonight."

"Everybody's pitching in. I got two girls over here showed up this morning. I had another fellow show up. Billy down here is helping out. Nate took the day off of work at his real job just to come hang out and help."

While it's been a setback, Dalton believes having help to pick up the pieces says a lot about the Lexington community.

"It's awesome. We do this for the community because it brings a lot of different people together. When something bad happens, they all want to keep doing it so they all keep coming back to help. There's no way I could do this by myself."

Dalton says it's kind of good timing the storm came through on Halloween rather than earlier on in the season. He believes the most important thing is that no one got hurt.