Players sent an autographed football to 7-year-old Andrew Strickland, who was diagnosed with Leukemia last week. 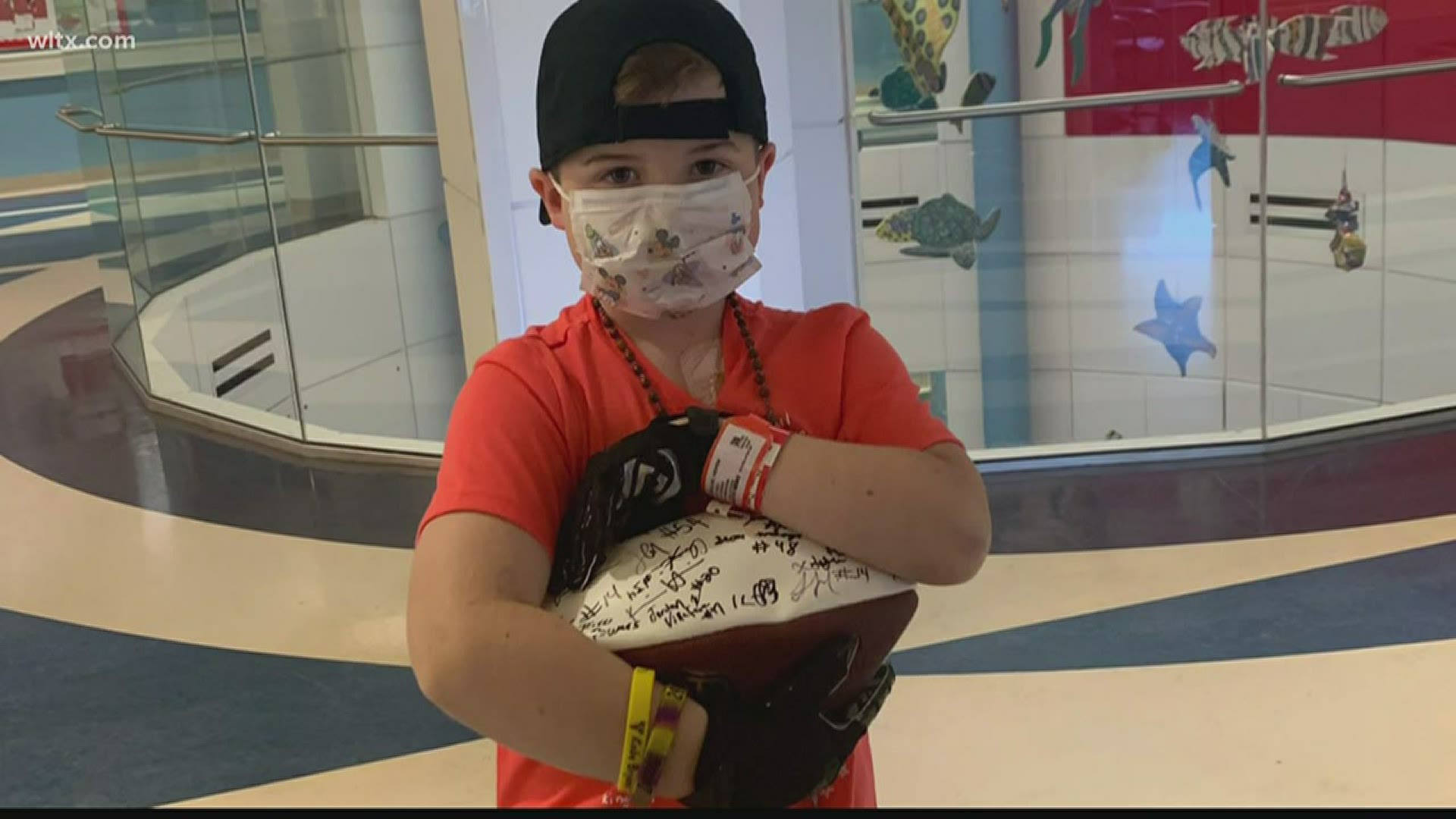 COLUMBIA, S.C. — The Gamecock football team provided a little support to a young fan over the weekend.

The team sent an autographed football to 7-year-old Andrew Strickland.

Strickland was diagnosed with Leukemia last week, he also happens to be the little brother of Chuck Strickland, who will play his first season with the team in the fall.

"It was really heartbreaking for me because me and my brother are really close," says Chuck. "But when I came back for workouts everybody on the team said we're praying for you, is there anything I can do for you, just really supportive."

Andrew says that he is very thankful to the team for the gift, it never seems very far away from him if it's not in his hands.

"I thank South Carolina because they're trying to do everything they can for me, " said Andrew.   His mother jokes that right after he tells people he has "kid cancer" he asks to show them, what is now, certainly, his most prized possessionl

"I'm hoping this will give Andrew reason to fight and on his sad days he can look at this ball and have the motivation to fight." said Angela Strickland, Andrew and Chuck's mother.