According to residents, the crossing has caused damage to cars. 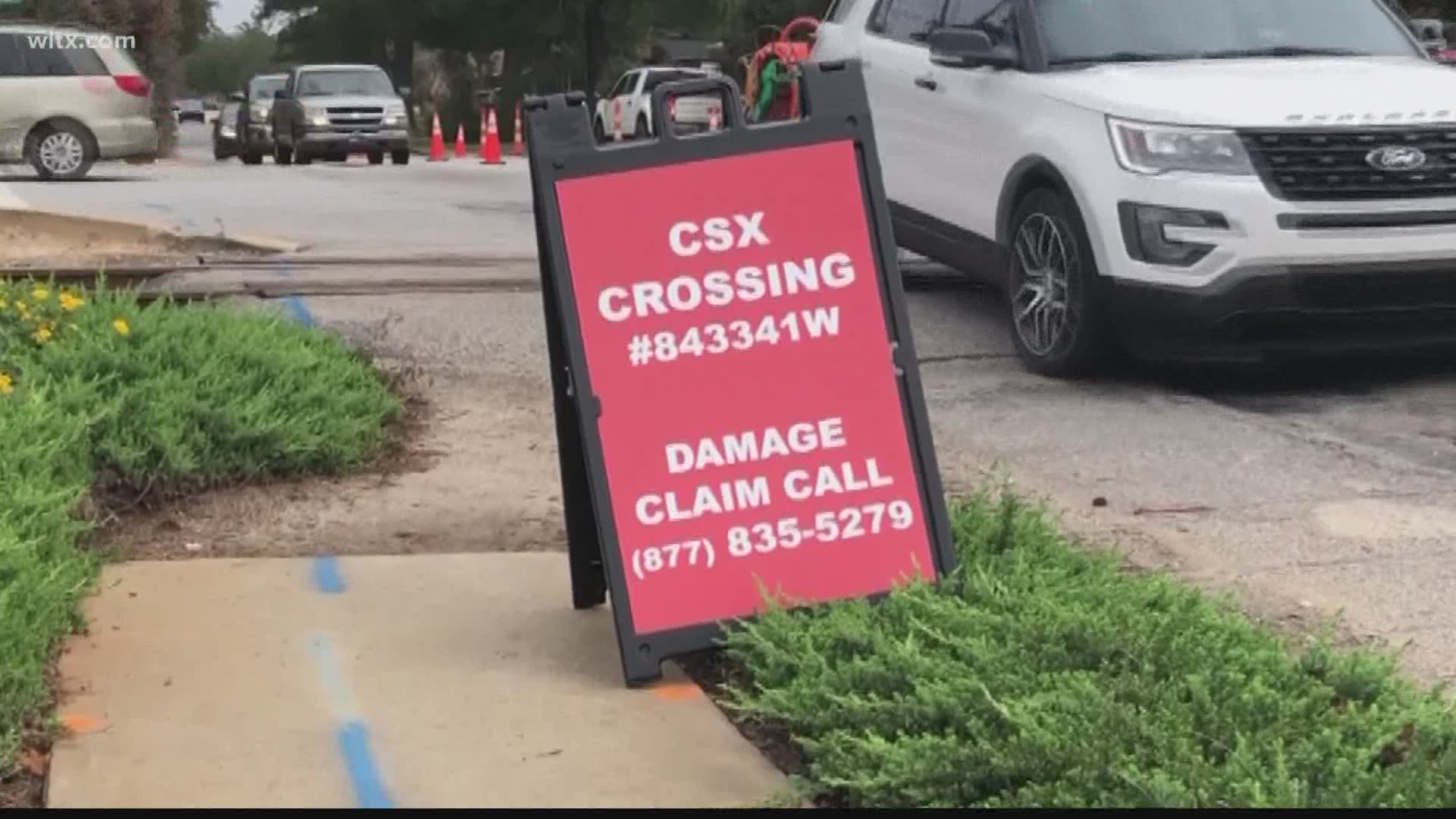 IRMO, S.C. — A railroad crossing in the town of Irmo is set to be fixed after pleas from citizens.

According to the community, the crossing has caused damage to cars and makes an unsettling sound when cars cross over.

Amos Jones has lived in Irmo for 30 years.

“We’ve been complaining about that railroad track for over a year," Jones said, "CSX has been giving us excuses and we’re sick of it. It’s time for them to fix it.”

“It messes up my tires," Jose Delgado told Street Squad, "sometimes I get punctured tires so I stop right here at the gas station to get some air.”

The railway crossing is at N. Royal Tower Dr. and N. Woodrow St. in the town of Irmo.

Irmo councilman Erik Sickinger is also tired of the issue.

“The problem is CSX… they’re responsible for maintaining that little section of crossing at N Royal Tower. What we’ve done is we’ve recognized that it’s a problem, it’s continued to be a problem, so we’re erecting a sign on both sides of that crossing saying: If your car is damaged call this number. What we want to do is make sure the residents of Irmo know, the town knows it’s a problem, the town is not in control of fixing it, but we’re going to take some real serious steps to get some action happening.”

The phone number on the sign tells you to go to the CSX website and lodge your complaint. Many on in the community said they have done this already.

“There are some horrible stories," Sickinger said, "skirts coming off of their cars, tires popping, it’s extremely frustrating and if I didn’t know how hard the town was working to try to get CSX to do something about it, I would just say ‘it’s never going to get fixed.’”

“They fix it everywhere else, why can’t they fix it out here?" Jones tells Street Squad.

While CSX has done patchwork jobs to the road over the years, the town is asking for more.

“What we really would like them to do is just do a little more work this time. Fix the ties, lower the railway so cars aren’t going over an incline every single time. When I drive over other railway crossings, I don’t experience that same thing.”

Street Squad has reached out to CSX about this issue multiple times in the past week and received a statement today.

The statement reads: "Thank you for bringing this to our attention. Our maintenance team is in the process of coordinating work schedules with the local road authority in order to close and fully repair the crossing. Barring any unforeseen events or delays, we expect to schedule and complete the work early next month. CSX appreciates the public's patience as we work through this process."

We also received an email from an affiliate company that works with CSX saying that the railway section will be closed November 10 and November 11 for repairs.