Irmo firefighters helped rescue over 20 animals in one night 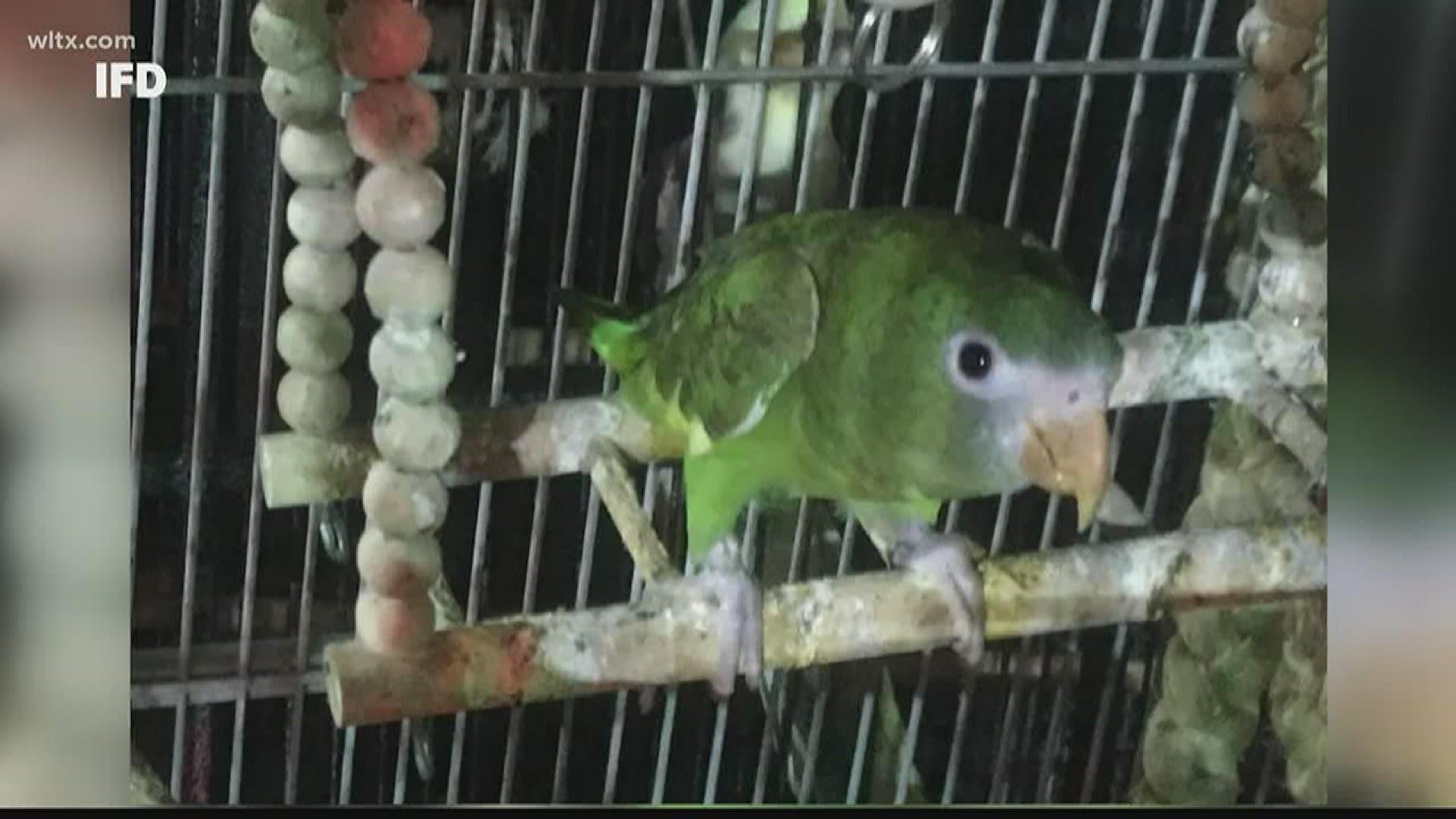 IRMO, S.C. — Firefighters with Irmo Fire District never know what will happen when they go on a call.

“The first fire was a small garage fire and there were four dogs in the house," Assistant Chief Sloane Valentino told Street Squad. "Three were easy to find and the fourth one was a little difficult for us locate. Turns out, he was in the garage the whole time watching all the action.”

Not long after, crews responded to a kitchen fire in the area.“They had 16 birds in there and three cats. They were worried about getting out of the smoke so as we’re rolling up, he keeps coming out of the house with cages of birds.”

This isn't the team's first time dealing with pets in distress. “It's not unusual to involve animals ... car accidents, structure fires, even when we go on medical aids, we’re always taking care of the animals," Valentino says.

RELATED: 'It had been fighting for its life': Irmo Firefighters save bird from fishing line

Just in the past few years, Irmo Fire District has rescued quite a few different species from different situations. Assistant Chief Ben Smith told us, “We got a call about a great blue heron that had fishing line wrapped around it, during some floods there was a 150-pound tortoise that we had to help the homeowner lift into a carrier so they could get it out of the backyard.”

The guys even kept an eye on dog after a car accident sent his owner to the hospital.

“People consider their pets part of the family almost like humans," Smith says. "We just go into the life-saving mode to try and find them and pull them out.”