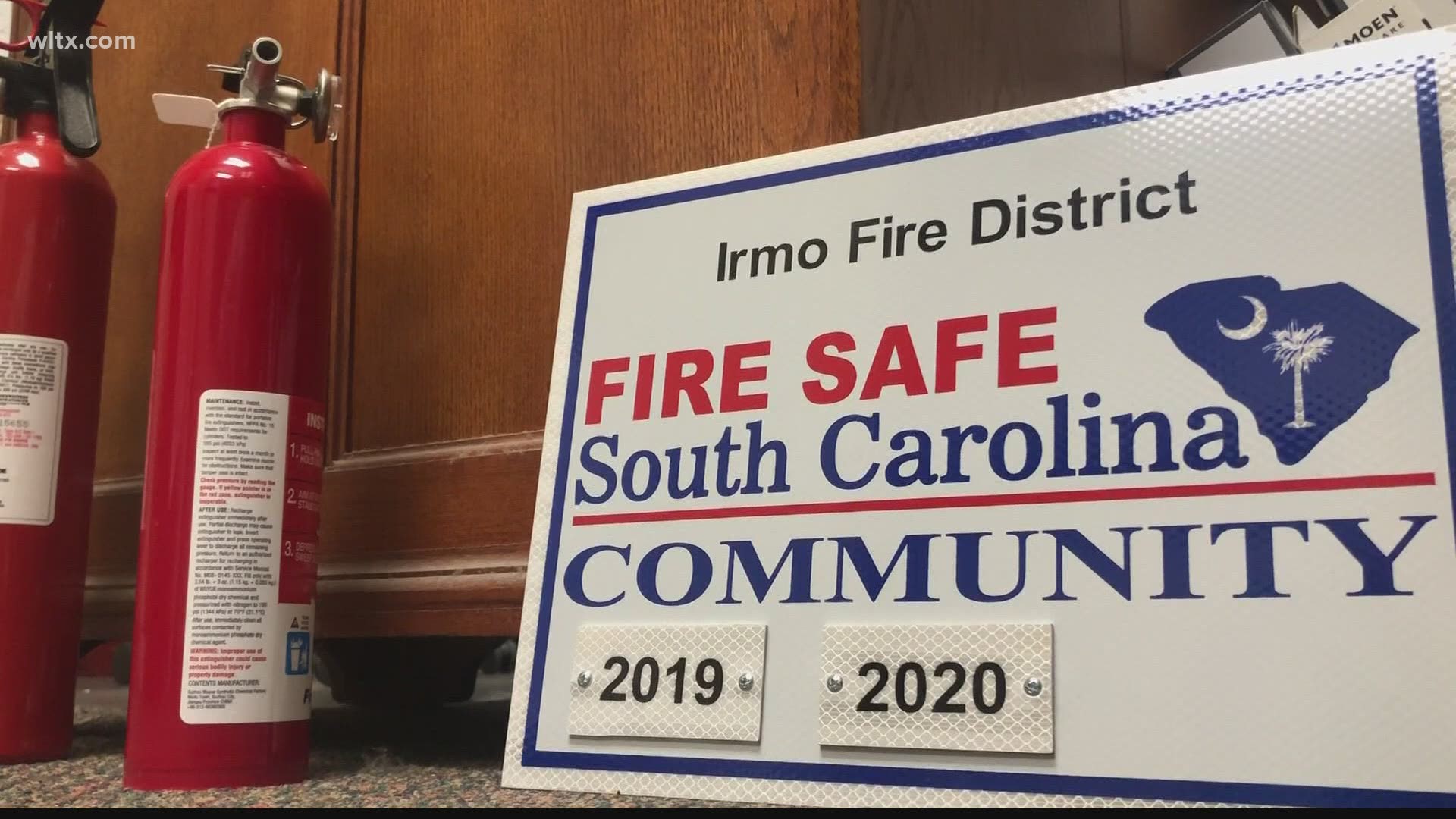 This means the Irmo Fire District (IFD) works to decrease fire risks for their community among other things.

“We’ve been working so hard for so long trying to keep the citizens of the Irmo Fire community safe," says Irmo Fire Marshal Brian Haley. Haley and his team have done a lot over the years to protect their community.

“Over the past five years, we’ve installed over 1,000 smoke alarms, over approximately 300 carbon monoxide alarms and we’ve worked very, very hard to try put ourselves out of business," Haley laughs.

RELATED: Irmo firefighters helped rescue over 20 animals in one night

Haley says the Irmo community is their #1 priority. “We don’t want their houses to catch on fire. We don’t want to have to come to your house in an emergency situation. We’ll drop by just to say hi all day long.”

85% percent of fire-related fatalities occur in homes. Fire Marshal Haley and IFD want to take every step to prevent that from ever happening.

“We don’t want to come to your house in an emergency situation," Haley says, "so the SC state fire marshal’s office has recognized us for our efforts in making this a fire safe community.”

Demo time! 👨‍🚒 Our guys had fun showing off the truck and equipment yesterday at Waters at Berryhill Apartment Homes End of School Year event! 🚒