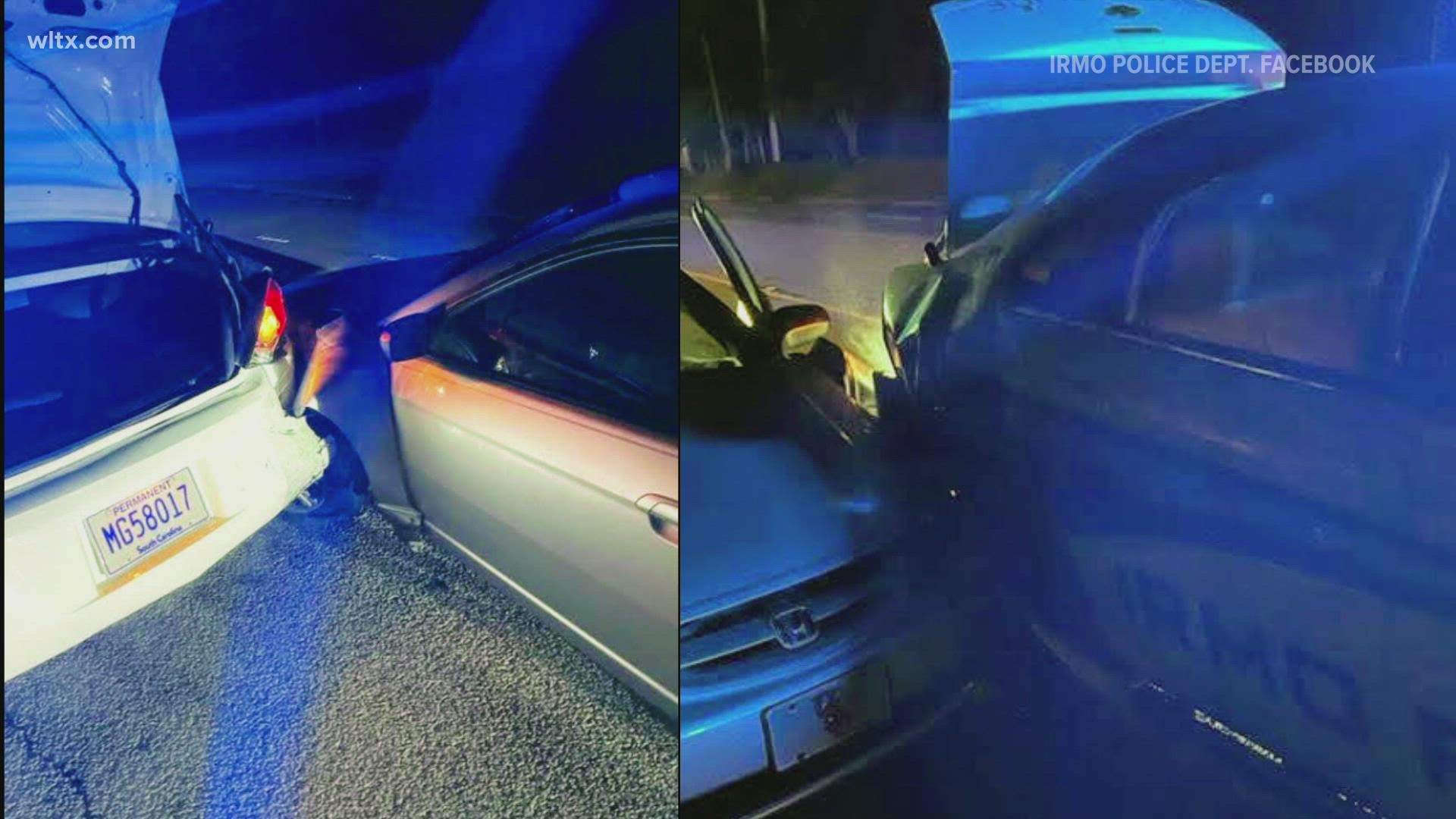 IRMO, S.C. — Two Irmo police officers and a stranded motorist were just feet away from a potential tragedy overnight when a suspected DUI driver came crashing through.

The Irmo Police Department said that the officers were helping a driver in need of assistance in the area of Broad River Road and I-26. It was around that time that one of the officers spotted the oncoming vehicle and shouting a warning that very well may have saved lives.

The officers and stranded driver were able to jump out of the way before the oncoming vehicle slammed into the back of an Irmo patrol car.

Despite the suddenly frantic few moments, police said no injuries were reported among the officers, the stranded motorist, or the driver that nearly hit them.

But that's something Police Chief Bobby Dale said could have ended very differently.

"We are very fortunate not to be waking up to an avoidable tragedy," he said in a statement after the crash.

The South Carolina Highway Patrol has since begun its investigation and has already compiled enough information to arrest the driver who caused the wreck with driving under the influence.

Meanwhile, Chief Dale suggested that the entire incident and the arrest that followed underscored why this type of crime is senseless - especially at a time when transportation options are readily available.

"With advanced technology, ride-sharing, and other transportation alternatives to driving impaired, this type of incident is very avoidable," Dale said.