Colleen Marcou will be the president-elect for the SC Music Educators Association starting this summer. 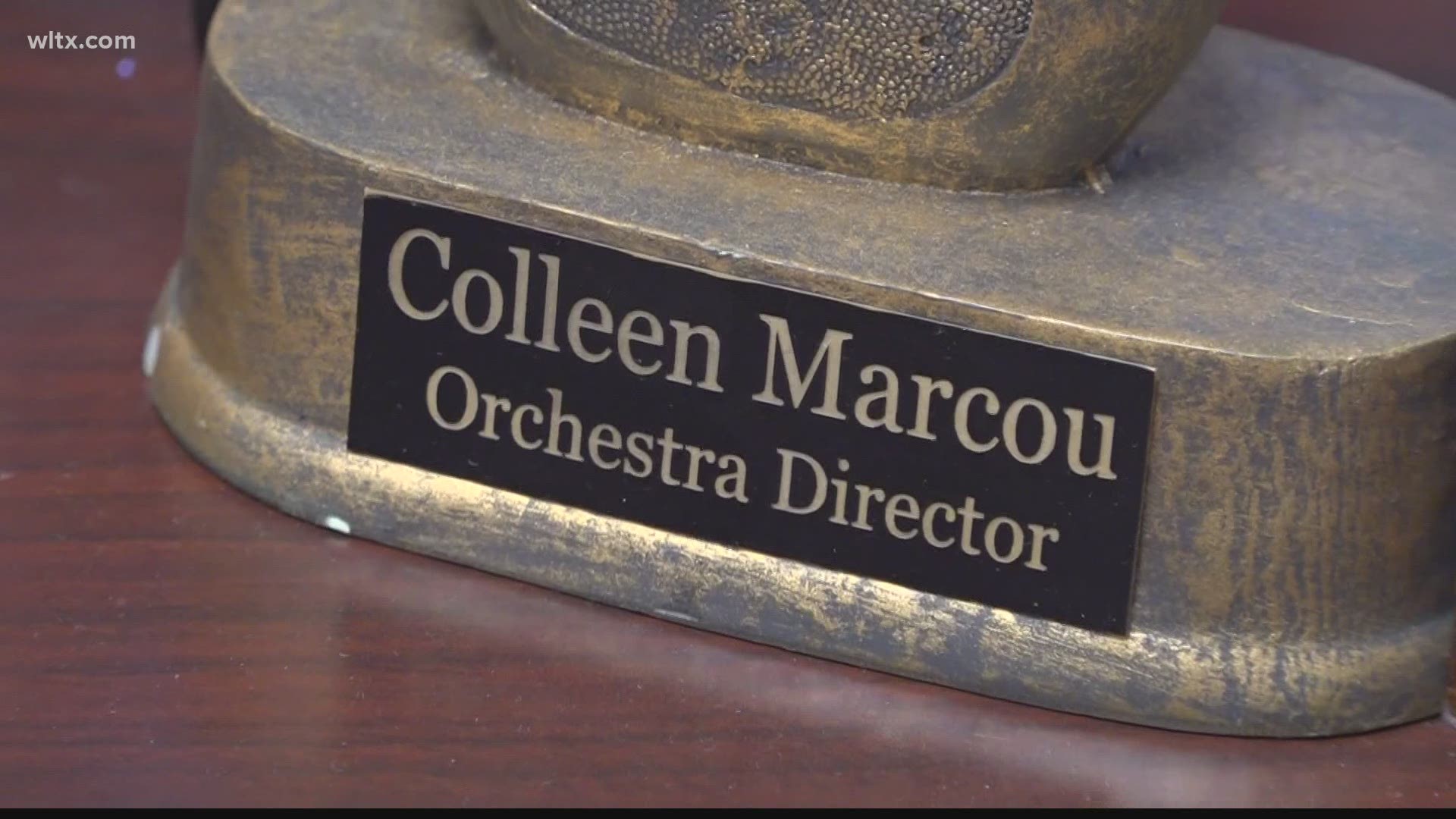 IRMO, S.C. — An Irmo High School educator has been chosen to lead a prestigious music association in the state.

Colleen Marcou has been in Lexington Richland District Five for 24 years sharing her love of music with her students through the Irmo High School orchestra.

“I don’t expect that I’ll always educate future musicians- that’s not what my job is all about," Marcou told Street Squad, "but people who are going to love and appreciate music in the future.”

Earlier this week, Colleen was named the newest President-Elect of the South Carolina Music Educators Association.

“It’s a huge honor," Marcou says, "to know that so many of my peers, both in the orchestra and band world and the chorus world were like hey, Colleen would make a great next president- that says volumes to me to know that my peers think so much of the things I have done for music education in the state.”

Leadership with SCMEA consists of 6 years of three titles: president-elect, president and past president. They work to shape music education across the Palmetto State.

“Music is a universal language and all of us can communicate through such a beautiful art form and this is my way of adding to the education side," Marcou says.

She officially takes over the role on July 1.