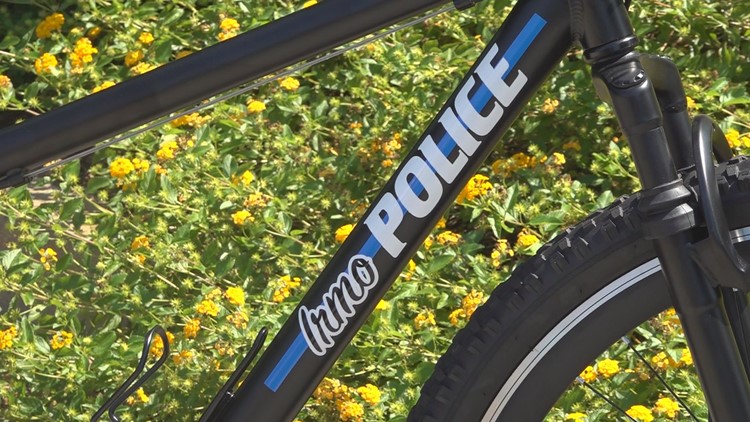 IRMO, S.C. — Sean Smith has been in law enforcement for 29 years.

Smith has worked for the Lauren's County Sheriff's Office, Batesburg/Leesville Department and in the U.S Army Military Police.

Most recently, Smith is serving as the Chaplain for the Irmo Police Department and also a part of their bike patrol unit.

"I'm very passionate about bike patrol," Smith says, "I've seen the bikes work in the community, I've seen the young children that come up and they get excited when they see you on a bicycle, which in turn starts a great conversation with the parents or the grandparents."

Sean Smith with some kids at the Irmo Community Park on his patrol.
Sean Smith

Smith was also the organizer behind the Share the Road & Give Me Three event held back in July.

RELATED: Share the Road & Give Me Three: An event raising awareness for cyclists

"And as a tool itself for law enforcement, public safety, its a great health option to be able to put somebody on a bicycle," Smith shares.

Because of his six year history with law enforcement bike patrol, Smith wanted to do more to recognize the importance of these bikes.

"The Irmo Police Department has partnered up with the Law Enforcement Hall of Fame Museum at the Police Academy to put together an exhibit to highlight the bike patrol and what its done throughout the years and how much of a great resource it is for law enforcement public safety," Smith shares.

RELATED: Irmo man helps another after what could have been a life-threatening accident

On bike patrol itself Smith says, "Its something that I know works. To me there's nothing better than to get out, be in this fresh air, ride around and enjoy the scenery at a slow pace."

The tentative date for the exhibit to open is October 11 at the SC Law Enforcement Officers Hall of Fame at 5400 Broad River Road, Columbia, SC 29212 (adjacent to the SC Criminal Justice Academy).