From Mathias Sandwich Shop to the Irmo Police Department, the game highlights the best things about Irmo. 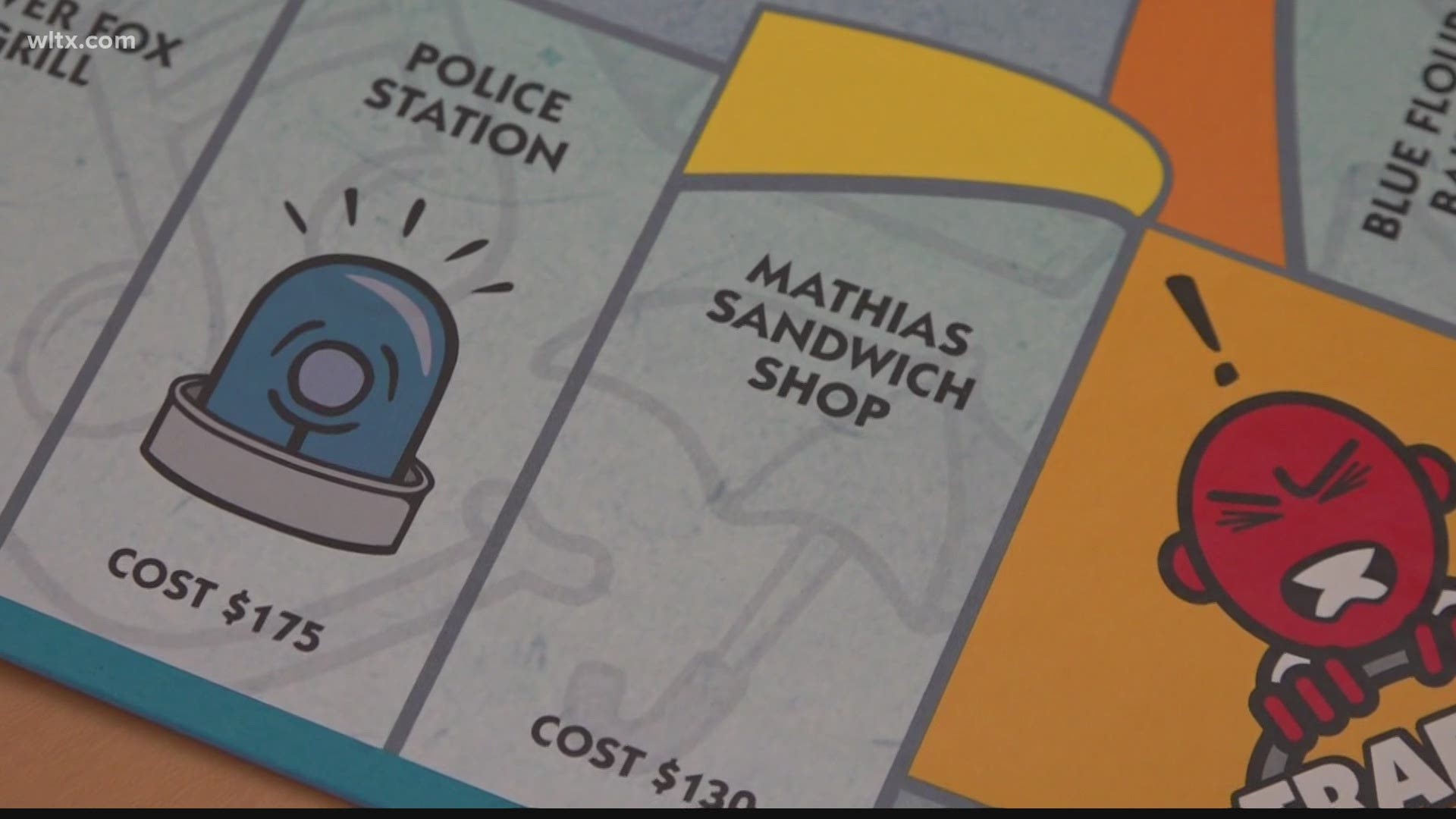 IRMO, S.C. — Irmo-opoly, the newest board game at the Dutch Fork Walmart, pays tribute to the Okra-loving town of Irmo.

From Mathias Sandwich Shop to the Irmo Police Department, the game highlights the best things about the town.

Walmart manager Bill Hightower worked with the game’s manufacturer to bring the game to their store. "We’re a tight-knit community here in Irmo, and we thought it’d be fun to provide our customers and neighbors with our own local version of Monopoly," Hightower says. "I reached out to the manufacturer to see if there was any interest in creating one for Irmo and they were on board and excited to work with us."

RELATED: 'I can’t imagine doing anything else': Irmo Police officer anxious to get back after injury

Hightower told us the Ohio-based company, Late for the Sky, sent a crew to Irmo for three weeks to craft the game.

“When I saw it I was like, 'Whoa, this is cool!'" Irmo Mayor Barry Walker said. “It’s got the okra pod, it’s got everything about Irmo, which is what we want! And this is a positive thing for highlighting our community, and I am so proud to be the mayor right now!”

Jackson Dennis and Jacoby and Grady Dale have been playing non-stop since they brought it home.

“You know all the places because you live in Irmo!” Jacoby says.

“They have places where you go to," Jackson told us.

Grady said his favorite spot to land was “the Irmo Police Department because my daddy works there.”

“This is truly something we should be proud of!” Mayor Walker adds.

Because of its popularity, the store is currently sold out, but stop by the Walmart Supercenter on Dutch Fork Rd. next week to grab your set.

RELATED: Why an Irmo mom is advocating for a skatepark