At the town council meeting Tuesday, a proclamation was read and will be voted on during a special meeting next Tuesday. 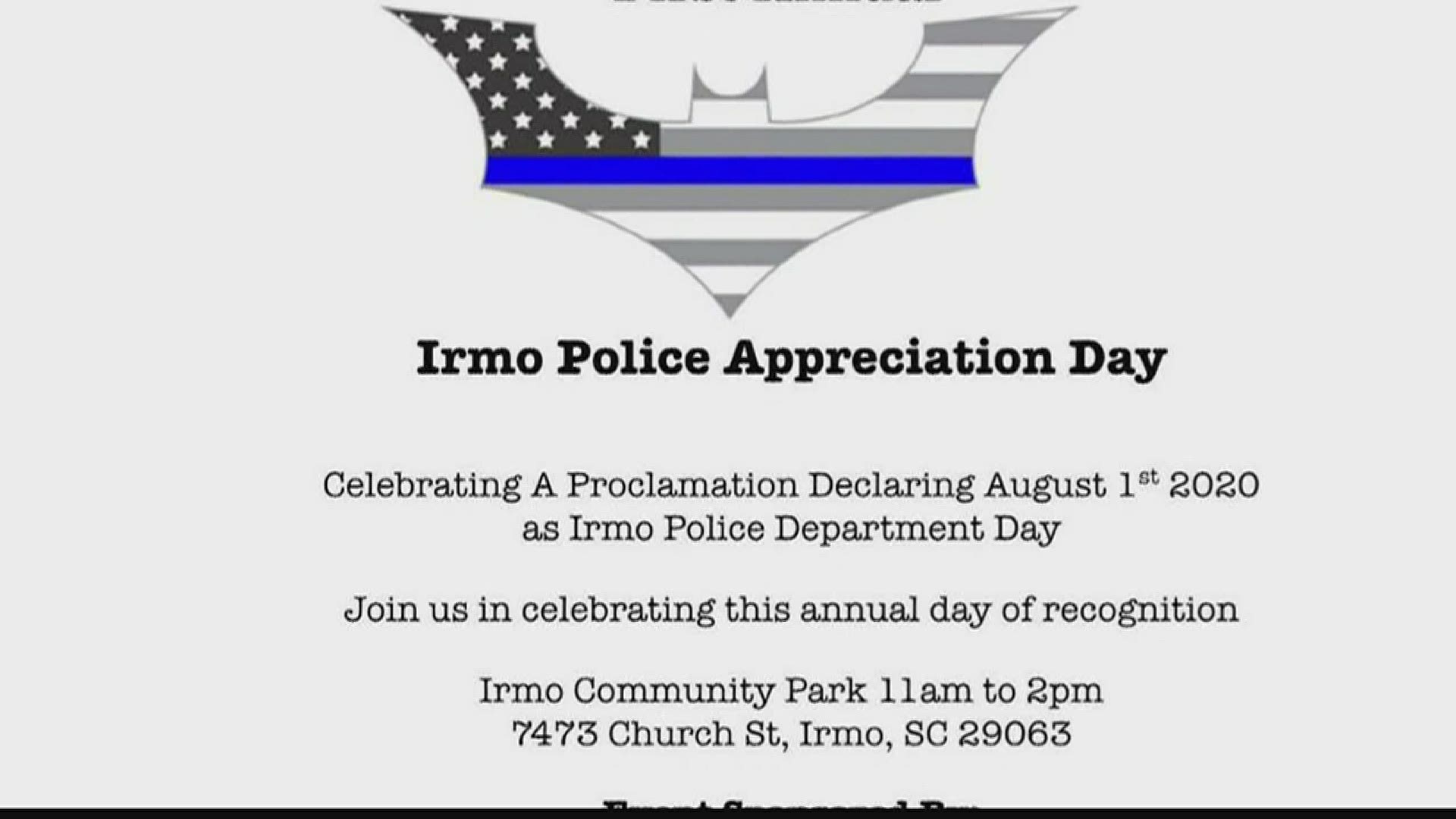 “I honestly believe that the Irmo Police Department (IPD) is a model that the rest of the nation should follow," says Nicholas Cole an Irmo-area resident behind the initiative.

At the town council meeting Tuesday, a proclamation was read by Councilman Bill Danielson and will be voted on during a special meeting next Tuesday.

“The ultimate goal is just for IPD to let them know that the community is behind them," Cole says, "they protect and serve us and it's our turn to give them a shout out and serve them.”

Cole is helping to organize a small event – with CDC guidelines - in the community park on August 1 where they will be collecting canned food to donate to the IPD’s National Night Out project.

Cole says he decided to do this, "to just show the love that we love and appreciate them and what they do doesn’t fall on blind eyes or deaf ears.”

RELATED: The Irmo Okra Strut planned for the fall with changes, organizers say

RELATED: Irmo Police need your help with a food drive