The removal of a Confederate statue in downtown Orangeburg is one step closer to happening. 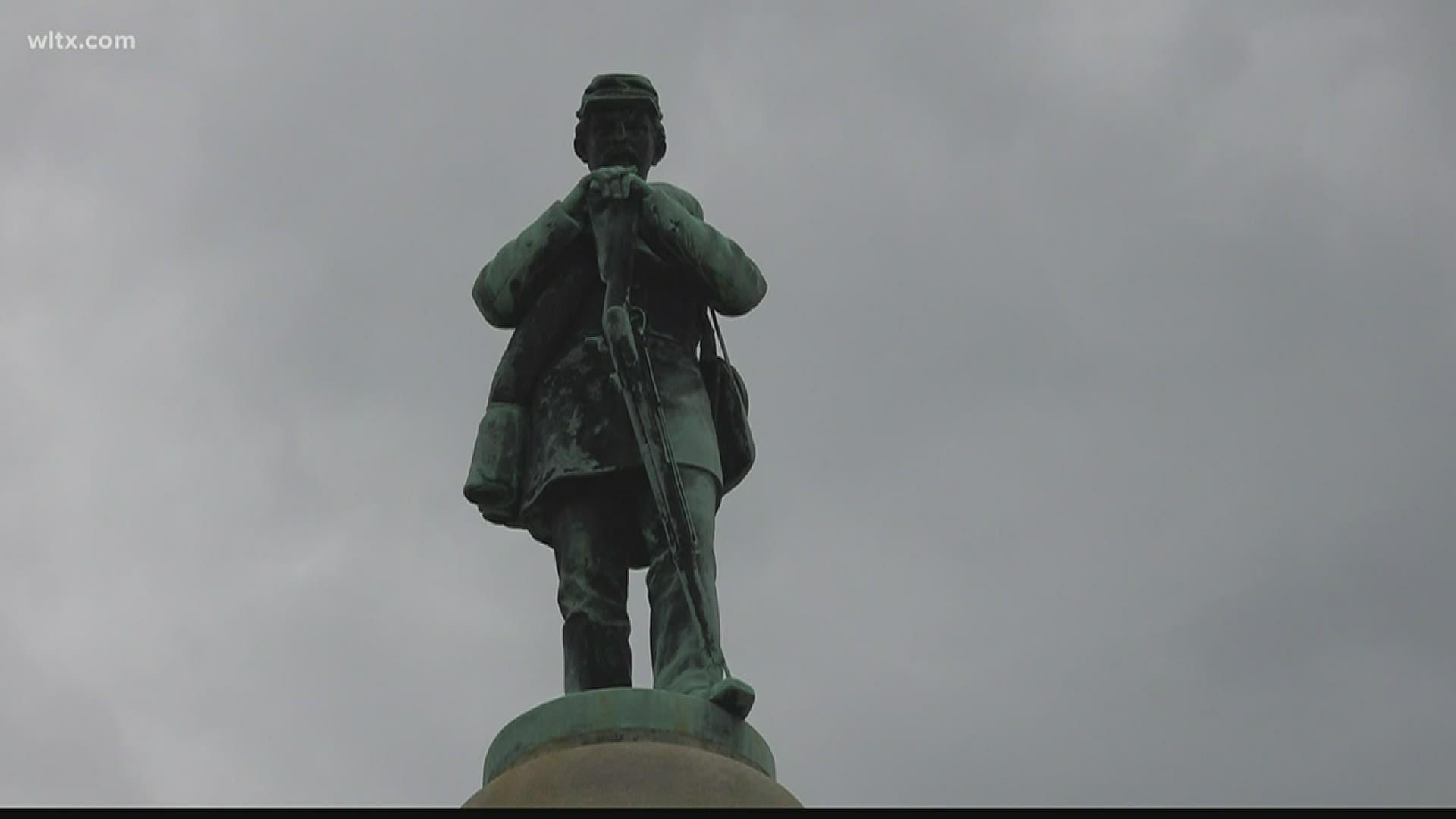 ORANGEBURG, S.C. — The removal of a Confederate statue in downtown Orangeburg is one step closer to happening.

The city council voted unanimously Tuesday afternoon to call for the removal of the monument that stands in Memorial Plaza.  This comes just weeks after a protest to take the statue down took place in the downtown area. The statue honors those from Orangeburg who fought and died in the Civil War.

Before the meeting outside city hall, a crowd gathered and some were for but others opposed the removal.

"It's wrong, and anyone who stands up in favor of it, I support them," said one who spoke in favor of getting rid of the monument. "Just take it to your house, take your heritage to your museum but not where my children have to go to school and look up at a symbol of hate and oppression."

But one woman said statues such as this one need to stay up.

"It is for everybody that fought in that war, black, white, child, and woman, that gave their lives for a good cause," she said. "A cause that they fought for."

Under the Heritage Act, a bill passed into South Carolina law 20 years ago, any monument, building, or other tribute put up must have the legislature's approval to be renamed or removed. So Tuesday's action was to ask the legislature for their permission to remove the statue.

It's likely any potential vote on that may not come until next year.

In recent weeks, several colleges, universities, and cities have asked the legislature to give them permission to remove monuments and buildings under the Heritage Act.

The council also voted unanimously to rename John C. Calhoun Drive in the city. Calhoun, a U.S. vice-president and influential Senator and Representative from South Carolina during the 19th Century, is controversial for his staunch support of slavery and white supremacy during his lifetime.

Just last week, Charleston removed a statue honoring Calhoun that had stood there since the 1890s.