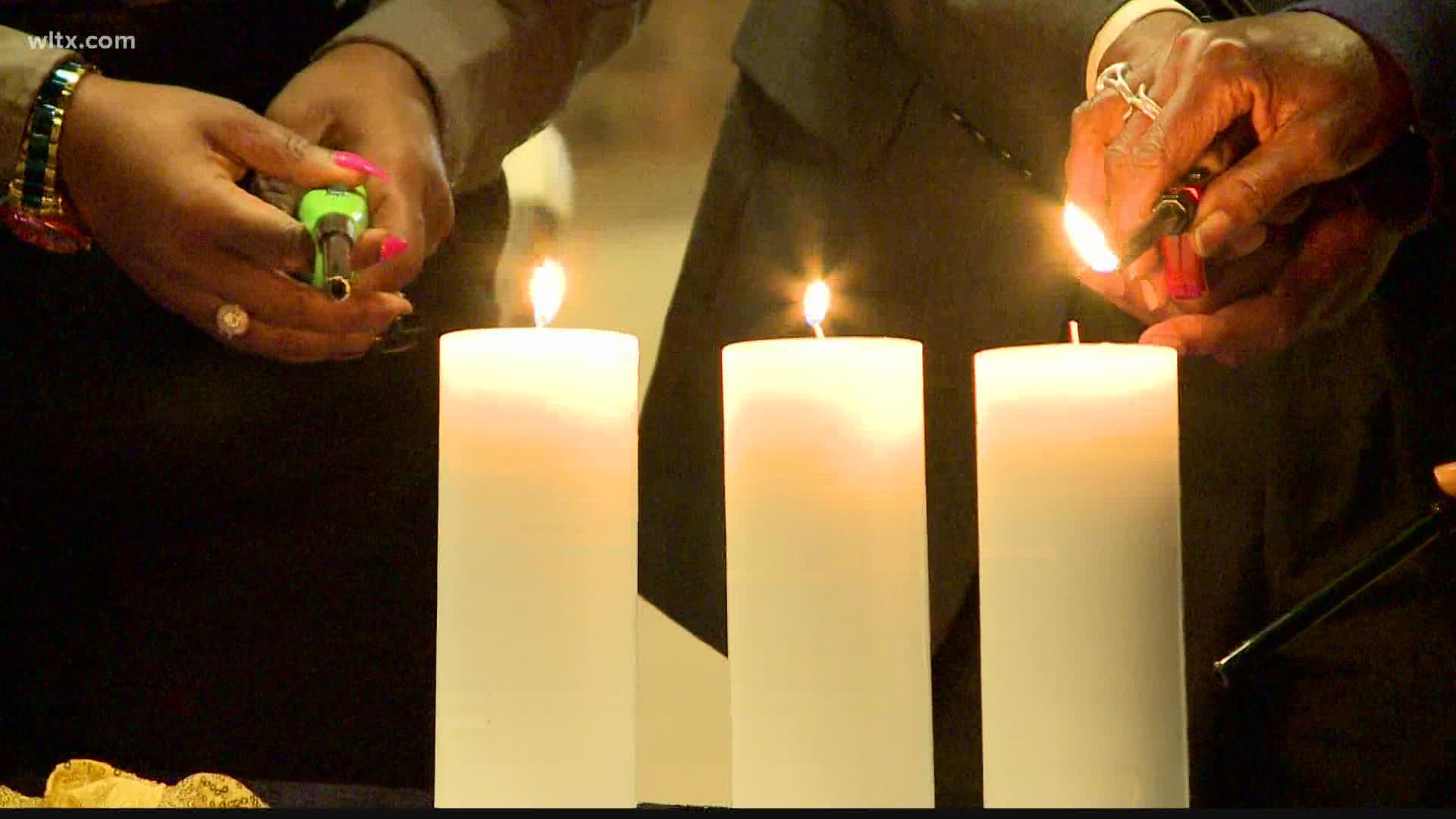 "We have an issue with domestic violence in Orangeburg," said Kendra Robinson, CASA (Citizens Against Sexual Assault) Family System's Outreach Advocate, "it has increased during the pandemic."

CASA Family Systems, the Orangeburg County Sheriff's Office, and the Orangeburg Department of Public Safety hosted a candlelight vigil for those who were or are a victim of abuse.

This year's theme was resilience.

"We have to make sure that this is an engaging portion where you know that even if it's not reported, there are still agencies like CASA Family Systems, where that support is there," said Chandra Gibbs, Orangeburg County Sheriff's Office's Chief of Staff.

This was the sixth year for the event.

Posted by Orangeburg Department of Public Safety on Tuesday, October 26, 2021

RELATED: TIMELINE | The disappearance and death of Gabby Petito: What we know

"We're now at number six," Rep. Cobb-Hunter said. "Progress is being made, but it would be great from our perspective if we could drop out of the top 10 altogether."

The candlelight vigil was held on Wednesday at 7:00 p.m. at 1326 Russell Street. The organizations are encouraging all residents to help with their mission in combating abuse.

"Whenever you're ready because that's the key," said Karen Sanders, Orangeburg Department of Public Safety's Victim Services Coordinator. "They have to be ready. Once that's has been acknowledged, then we can move forward."

RELATED: Over $32 million in funding awarded to victims' services groups in South Carolina