The club honored those who made the ultimate sacrifice at Veterans Memorial Park in Orangeburg for Memorial Day. 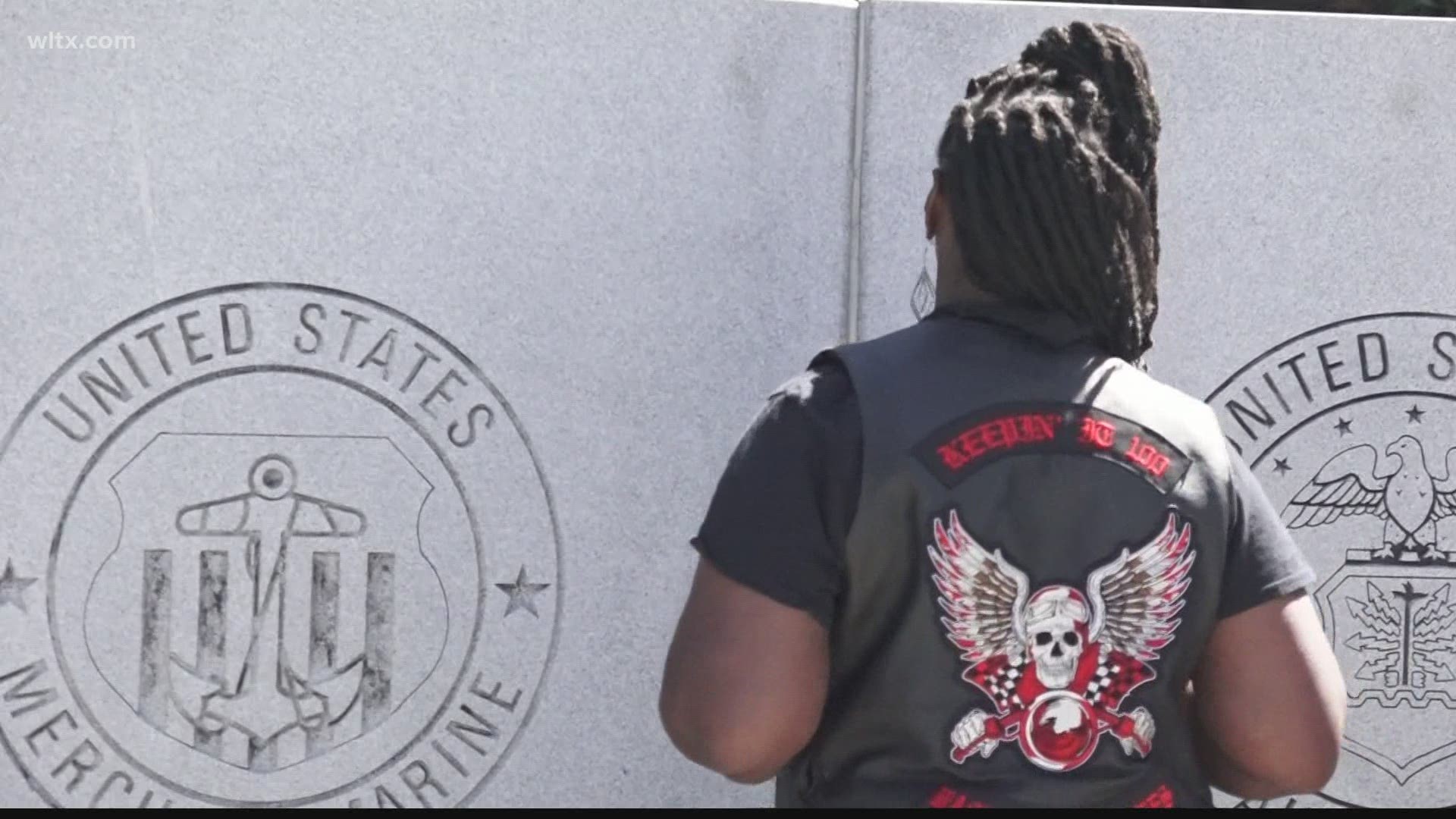 ORANGEBURG, S.C. — A motorcycle club from Florida wanted to honor veterans in another state.

One of the members of the Florida 'Keepin' it 100' motorcycle club had family from Orangeburg, South Carolina.

The club decided to roll North and head to Orangeburg.

Timothy Reid with the club traveled to Veterans Memorial Park in Orangeburg to acknowledge those who sacrifice their lives for our country.

"I've lost friends, and I fought," said Reid. "I like to remember the times I was in the military. Some of the best days in my life were in the military.  I'm thinking about the people I lost, as well as all of the friends I wish I could see again. I'm still close to a lot of the people I was in the Army with, but it's just nice to know we're remembered for something."

"My president has family here, the Hair family," explained Hills. "To see the monument in person makes you think about what we take for granted sometimes. We're riding around dealing with Covid, but these service members died for us to be here."

Members of the motorcycle club say the six-hour drive did not matter. They found it was an honor to travel to Orangeburg to pay their respects.

"It was a good feeling overall," said Jennifer Hair. "To have my bike family along the journey to come along and pay homage to everybody on this important day."

RELATED: What is the difference between Memorial Day and Veterans Day?