For ten years, the Orangeburg Department of Public Safety has been refurbishing donated used or damaged bikes to give to the community. 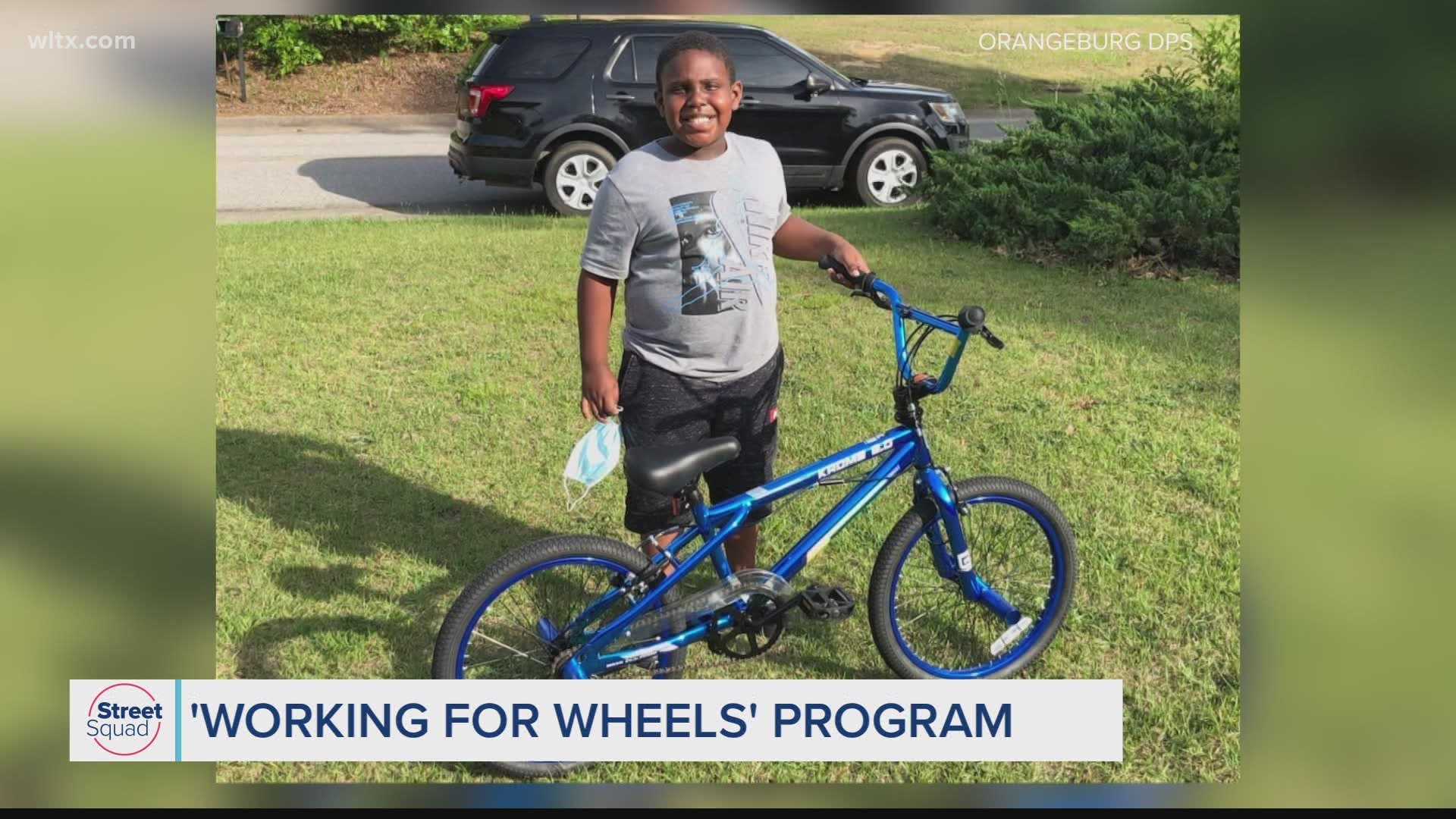 ORANGEBURG, S.C. — The Orangeburg Department of Public Safety runs an annual program that helps get bikes to kids and adults.

The 'Working for Wheels' program is looking to help more than 100 people this year.

"With the 'Working for Wheels' program, we started going to the schools to tell them about the bicycles," said Sergeant Arney Lucas.

For ten years, the Department of Public Safety has been refurbishing donated used or damaged bikes to give to the community.

"I knew that my son wanted a bike," said Orangeburg resident Latasha Scott. "Around that time, I didn't have the money to get it right then, but I knew he was going to get it soon."

Adults living in Orangeburg county can contact the department to see if they can get a bike. For kids, Sergeant Arney Lucas says teacher recommendations do it.

"The teachers would submit letters to us about a particular child they deemed worthy of a bicycle," explained Sergeant Lucas. "It could be from grades, attitudes, or they were showing efforts to be better."

Posted by Orangeburg Department of Public Safety on Monday, May 17, 2021

"When I told him he was receiving a bicycle, he was at the door waiting like he was ready," said Scott. "I was overwhelmed because this was right before his birthday, and he loves it."

Latasha Scott's six-year-old son Andre received a bike through the program last month. Scott says they are grateful for the department of public safety's efforts, especially when the pandemic is keeping kids in the house.

"He loves it," expressed Scott. "At first, he didn't know how to ride it well, but now he knows how to do it."