Charlie Williams and Jack Rose were named as Rotarians of the Year. 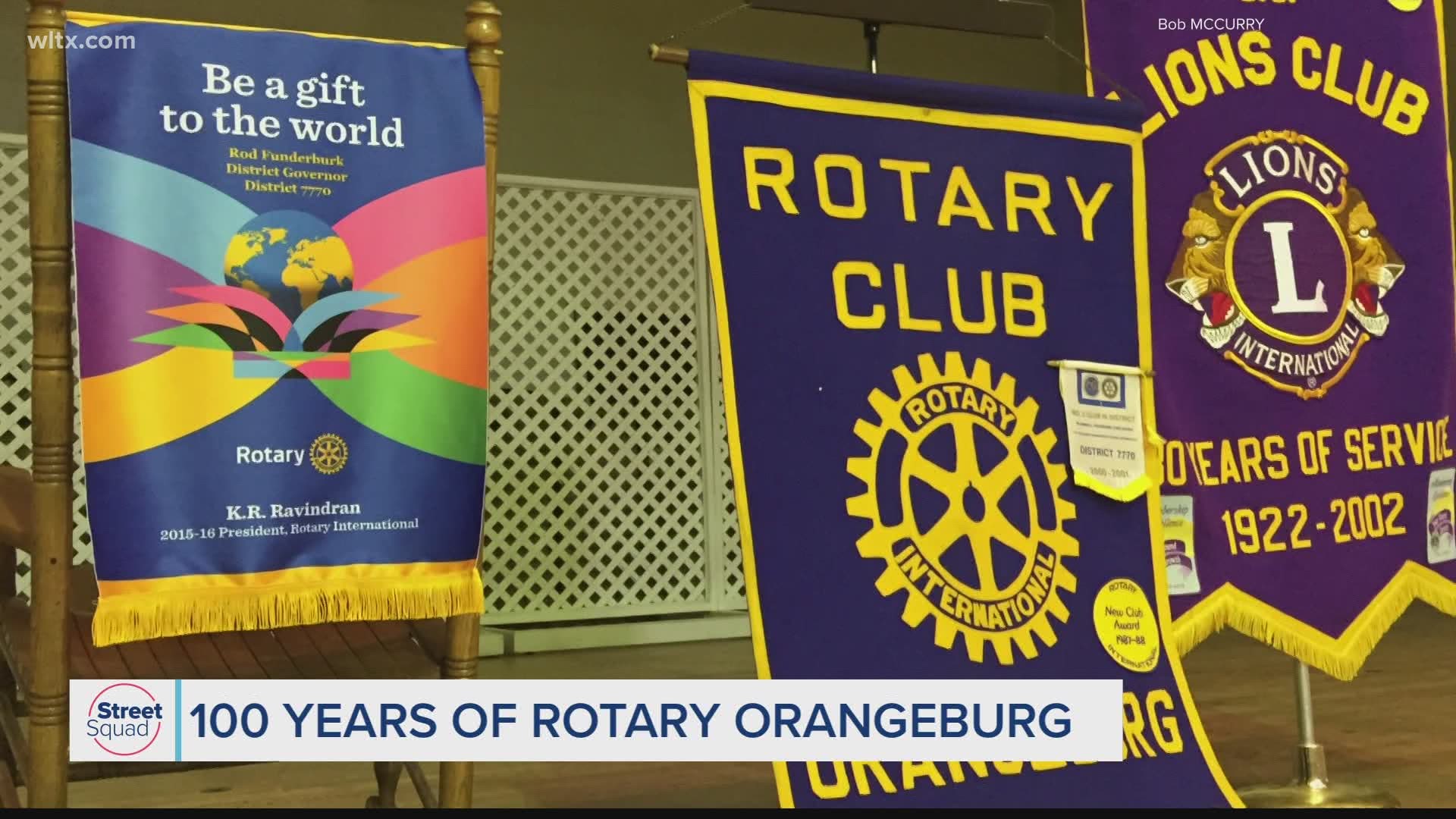 ORANGEBURG, S.C. — The Rotary Club of Orangeburg is celebrating 100 years of service and philanthropy in the Orangeburg community.

"Those group of men that started this rotary club 100 years ago had a great vision," said Rotary Club of Orangeburg's former President Bob McCurry. "They saw it worthwhile to have a service that gave back to the community. One of our biggest services is providing scholarships to needy high school students. We contribute locally to an equivalent to the Harvest Hope Food Bank here in Orangeburg. We also contribute to Habitat for Humanity."

"We provide shoes to some underprivileged children around town that may not have any new shoes or need a new pair," said Orangeburg Attorney Charlie Williams. "We've helped raise money to get air conditioners for the elderly during the summertime."

Charlie Williams and Jack Rose were named as Rotarians of the Year. Williams says this award is special to him because his late mother, the first female Rotarian in the Orangeburg Club, got him interested in joining.

"Today, we recognized the 100th year of our Rotary Club, and I thought they would do something to recognize her," explained Williams. "It was nice and unexpected when they recognized me."

With 100 years already in the books, members are looking forward to another hundred.

"As long there are people in need of the community, and there are services to be performed, I think the Rotary Club will be around," McCurry said.