The four-star general was the commencement speaker at South Carolina State's graduation in 2011. 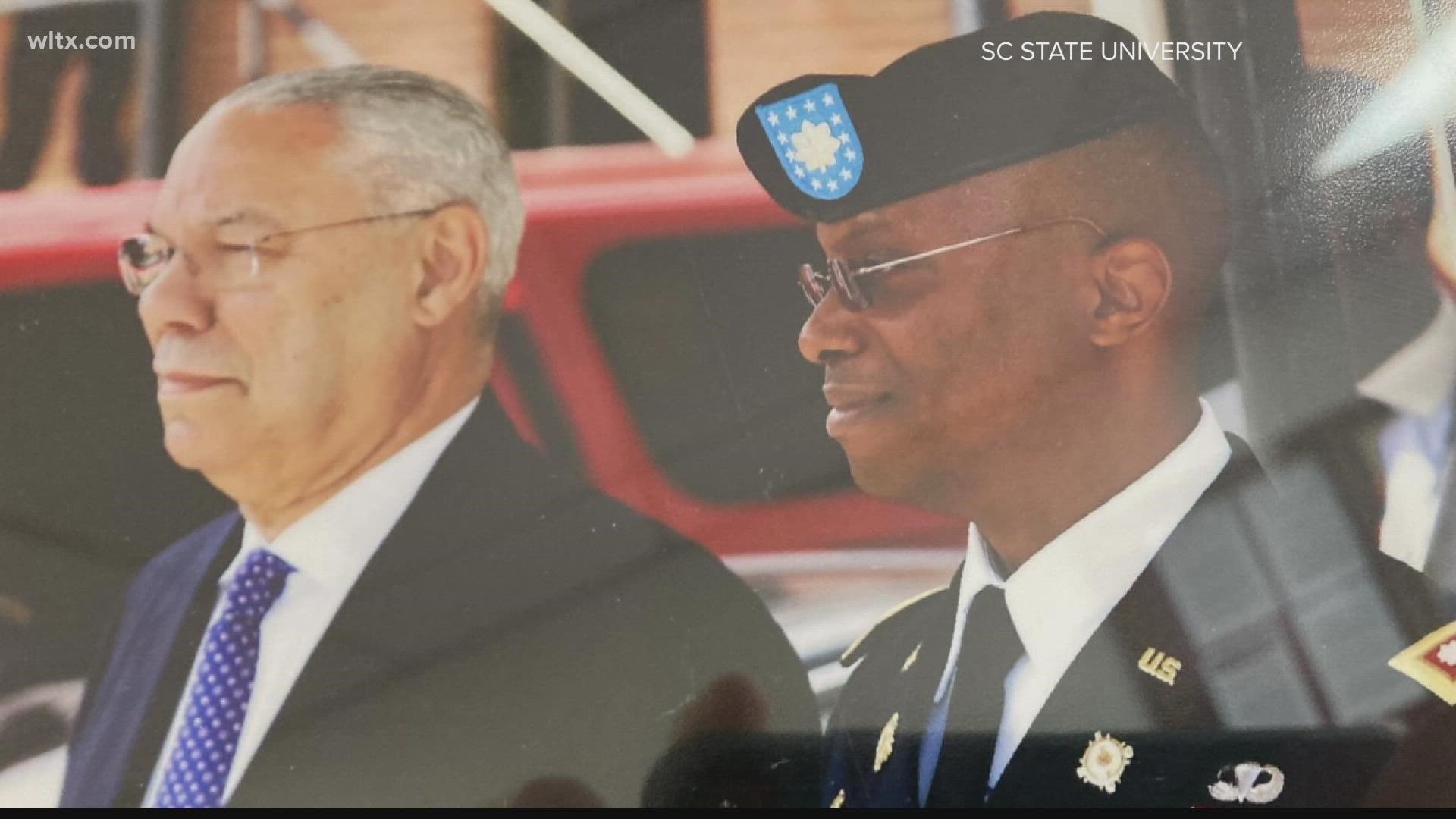 "I had the privilege of meeting Colin Powell as a young second lieutenant in Guantanamo Bay Cuba in 1991," said Col. Alexander Conyers, SC State's Interim President. "From then on, I was always inspired by his leadership."

SC State's president remembers the former U.S. Secretary of State as a public servant. "He was truly able to put politics aside but represent the best of America regardless of race, ethnic background, or political affiliation," said Col. Conyers.

Powell had some ties with South Carolina State University. The four-star general was the commencement speaker at the school's graduation in 2011. He was also inducted as an honorary member of SC State's Reserve Officer Training Corps, which is one of the largest producers of African American officers for the U.S. Army.

RELATED: Multiple myeloma: Colin Powell treated for blood cancer prior to his death

"I served in Desert Strom as a young captain," said Lt. Col. Anthony Waston, SC State's ROTC Recruiting Operations Officer. "When he came on TV to give guidance on what was happening, it was like, okay, that's General Powell. To have him walk these halls had me in awe. He mentioned that he wasn't a Rhodes Scholar, but he was able to achieve his rank by hard work and dedication."

SC State is expected to lower flags on campus to half-staff in honor of Powell. The school is also planning to discuss his legacy with students, who likely are too young to remember his time in public service.