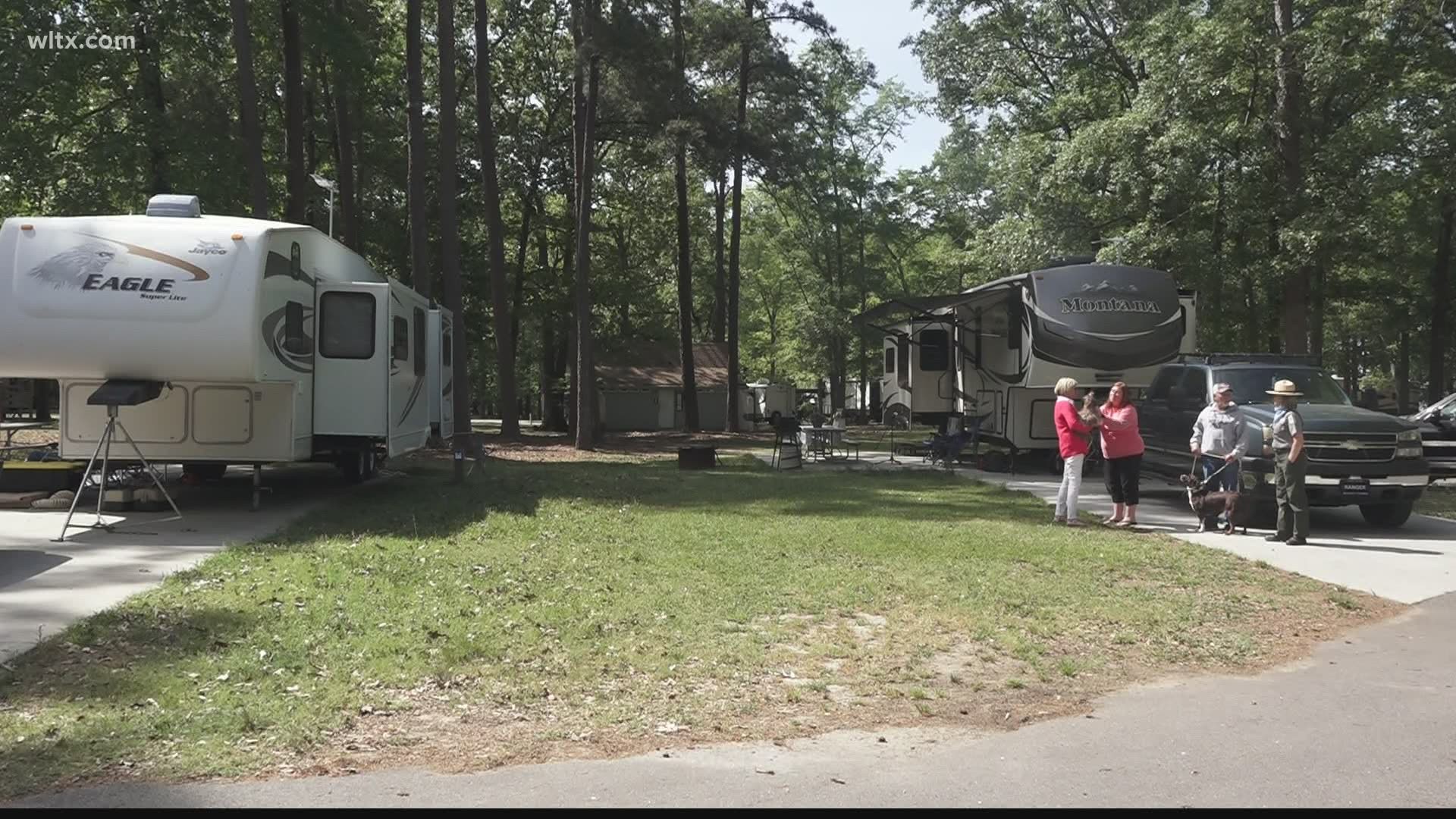 ORANGEBURG, S.C. — As the days start to get warmer, people are looking for activities to get out of the house.

"Trust me; people are eager to get out," said Florence resident Butch Driggers.

"That was in the beginning what brought people out was the fact they were so confined in their homes," said Santee State Park Manager Susan Spell. "this was a place they can come to and spread out to enjoy themselves."

The manager of the park says the Santee State Park is completely booked this weekend. Spell goes on to say the park could normally host hundreds of campers. However, those numbers are smaller now due to COVID-19 precautions.

Butch Driggers and his wife are here from Florence. Driggers says they visit the park frequently and definitely notices changes due to COVID-19.

"Campers are sort of like a family," said Driggers. "That's why people walk to other camper's RVs and introduce themselves, sit and talk for a while. However, people don't do that anymore like they used to."

RELATED: Rowesville woman turns 100 and the town turns out