Habitat for Humanity feeling the pain of surge in lumber prices

Lumber prices have spiked 250% across the nation in recent months 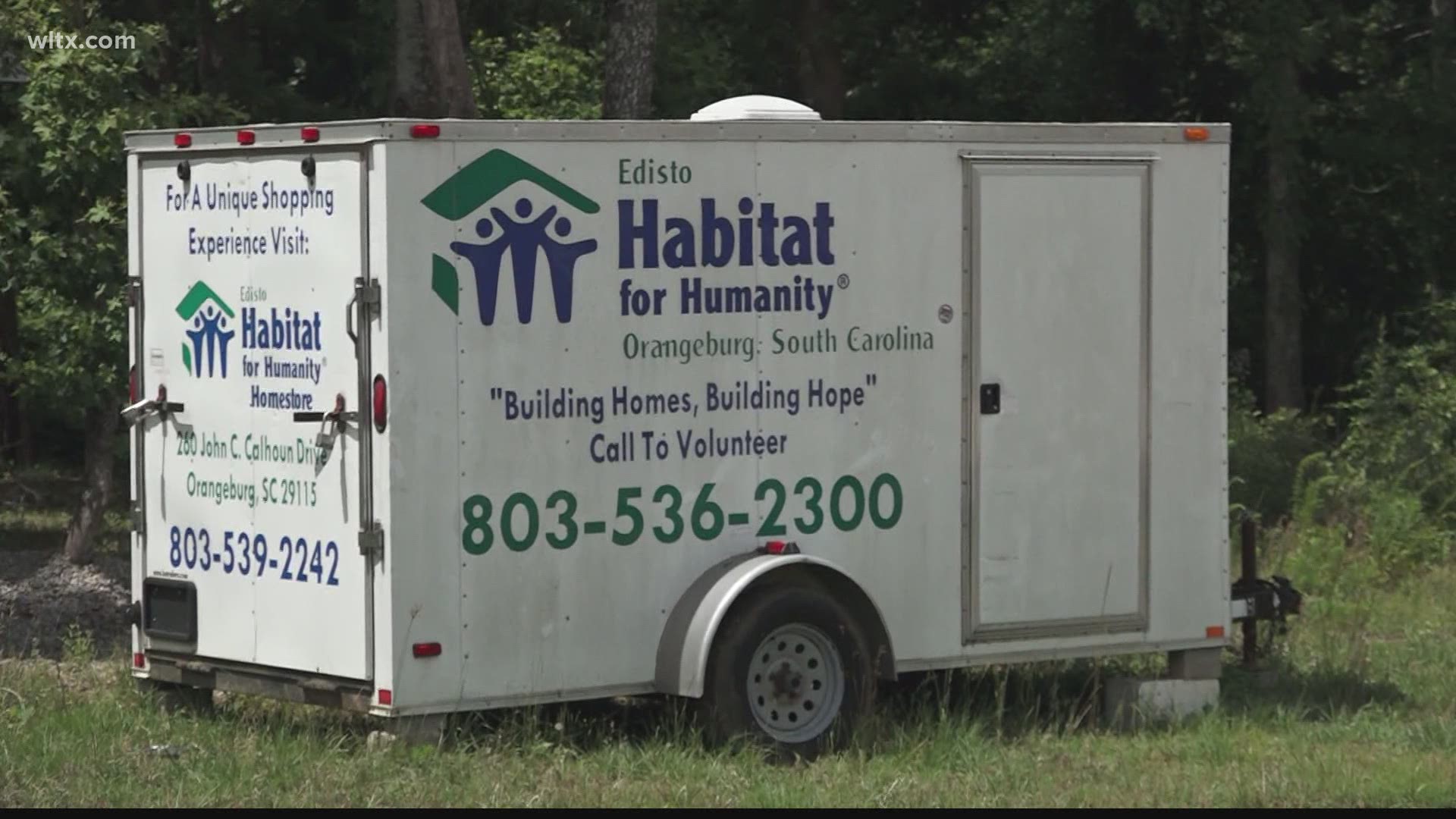 ORANGEBURG, S.C. — The price of lumber in the U.S. has tripled during the pandemic. South Carolina non-profit organizations that build new and restore affordable homes for folks say the price increase is tacking on thousands of dollars to the cost of a new house.

"In South Carolina, it's somewhere between $25,000 to $36,000 of increase to build a new house," said Habitat for Humanity South Carolina Executive Director Nancy Lee. "That's a significant amount of money."

Lumber prices have spiked 250% across the nation in recent months. Business Insider reports the price for one board feet of lumber is currently $1,221.20. It was $350 per board feet last year, according to the National Association of Homebuilders. Lee says the pandemic is the main reason for the surge.

"When things were locked down, and people weren't working, construction was beginning to move forward," explained Lee. "You had new homes being built, people wanting to do it yourself projects, and restaurants building outdoor patios. We started to have this increase in demand, but the supply wasn't there, and it hasn't caught up."

Habitat for Humanity Midlands affiliates say it's not just lumber prices seeing an increase. Appliances and other supplies to build homes have also gone up, which is making it difficult for people to become new homeowners in South Carolina.

"I know we had to adjust our build schedules to accommodate shutdown scenarios," said Edisto Habitat for Humanity Executive Director Jessica Burgoyne. "Also because of the delay to receive certain things such as appliances and the increase of costs."

The executive director for the Edisto Habitat for Humanity in Orangeburg County says some of their vendors have told them the price they see is in a response to the manufacturer's price increase.

"We build newly constructed homes in Orangeburg, as well as our new ramp building program, in conjunction with 'Carpenters for Christ' said Burgoyne. "The same size ramp we built six months ago was almost four times the price."

RELATED: 'I have never seen it like this': Lumber prices soar amid shortage, building boom