A shortage of computer chips are leading to fewer options at car dealerships. 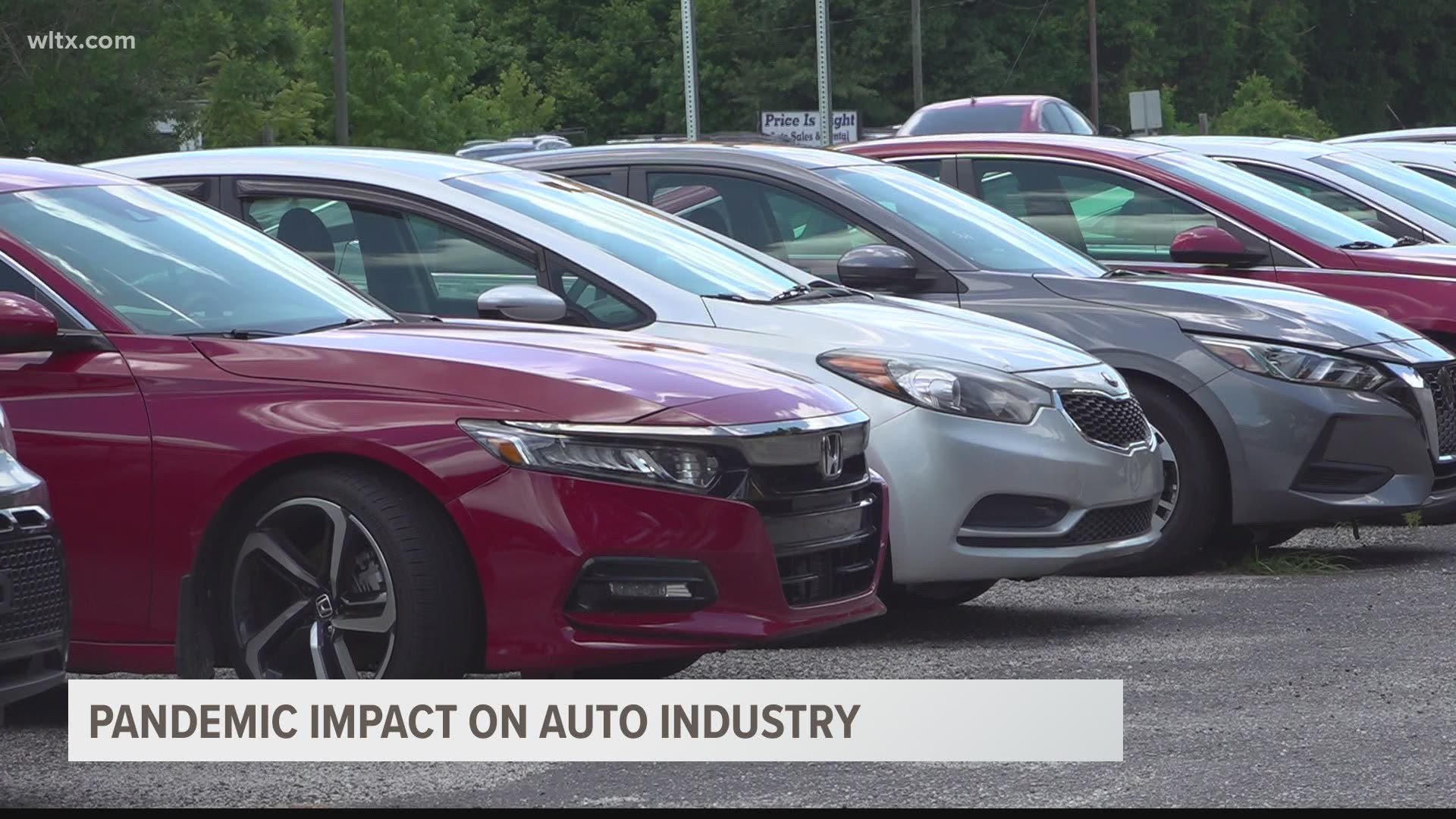 SUMTER, S.C. — Those looking to buy a new car may find higher costs and fewer options at the lot.

According to Kelley Blue Book, the average cost of a new car is over $41,000 - the highest on record, the company says.

Used car prices are also up nearly 30%, according to the Department of Labor.

The higher prices come as the auto industry faces a shortage of computer chips used in vehicle production amid the pandemic.

Meanwhile, demand is up as travel restrictions loosen and consumers seek new transportation.

The effects are being felt across the country, including at one Sumter used car dealership where they say it's getting harder to put cars on the lot.

"It's really hard to get cars at a decent price now," Drive Now Motors owner Corey Robinson said. "Used cars are extremely high because of the new car dealerships lack of inventory on new cars. So, they're forced to buy used cars now. So, they’re paying 2, 3, 4 thousand typically more than we can afford to pay.”

While he said inventory has improved over the last couple of weeks, things still aren't as they once were. He's hoping for a shift in the months ahead.

"Definitely, we’re going to try to stick it out and see what the future holds, but, you know, you can’t really tell now because you see that things getting good, then you look on the news and see it’s a new (coronavirus) strain, so you never know," Robinson said.

Analysts expect car buying will return to normal at the end of this year or early next year as more chips are produced and auto manufacturers can replenish their inventories.