Some residents have raised concerns about the site selected saying the school will add to traffic concerns on the road. The district says a traffic study has been performed and no improvements are needed. 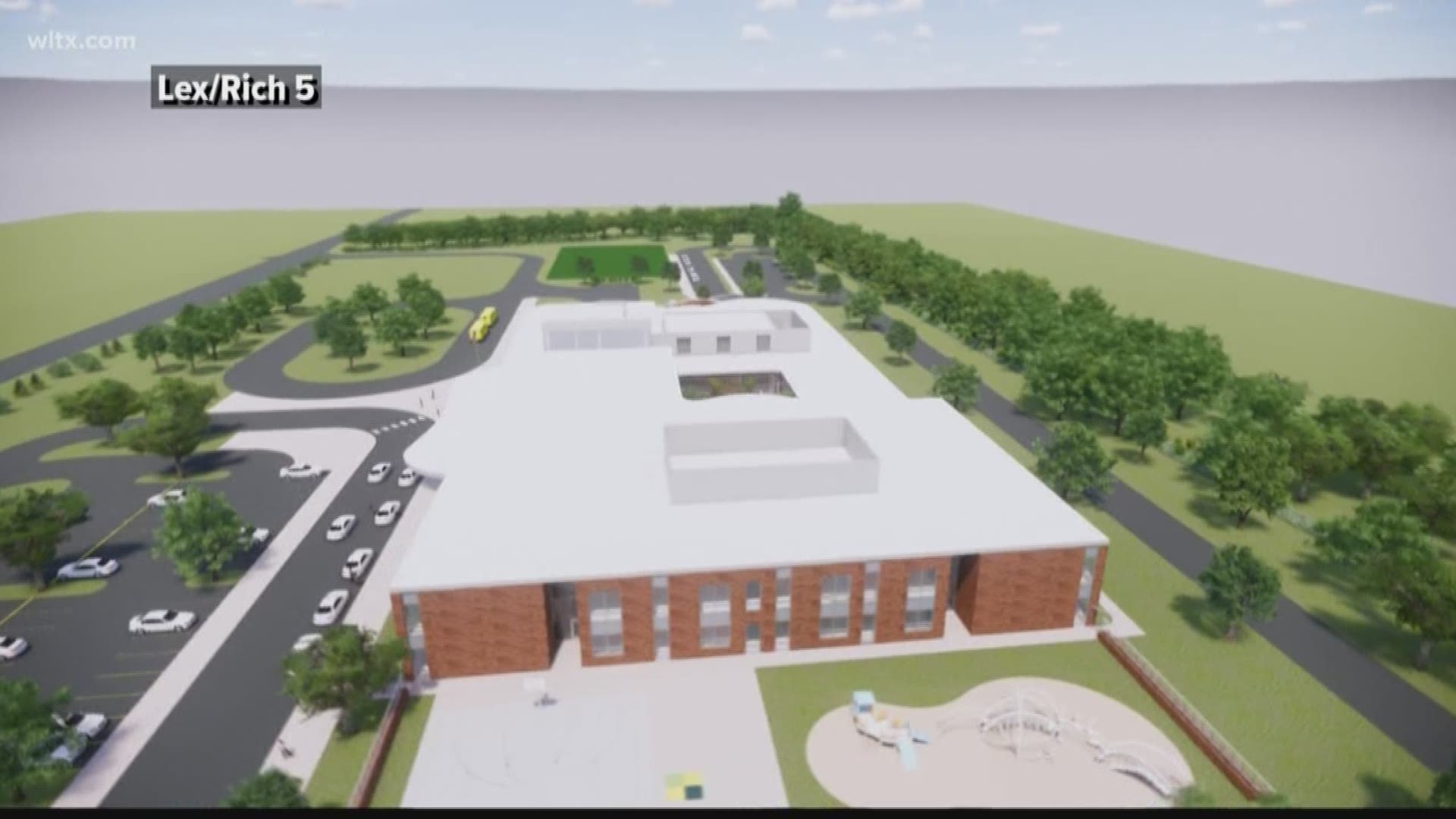 Hundreds of people showed up to the Center for Advanced Technical Studies to see the plans engineers have been working on for the new campus.

Growth has been an issue within Lexington County. With all the people moving into the area, the district announced a freeze-enrollment. Two elementary schools in Lexington-Richland School District Five, aren't taking new students.

Don Gilbert is interested in the new elementary school because he lives off of Amicks Ferry Road and his grand-kids would be going to the new school.

"Very curious about it. Right now the elementary schools in our area are slapped full. They're just loaded," said Gilbert.

What some call overcrowding in schools is why many are in favor of a new elementary school in Chapin.

"We have to have some expansion,” said Gilbert.

The district purchased 23.79 acres on Amicks Ferry at Lake Tide Drive in July 2017 to build the school. The land cost just under $933,000.  Construction is scheduled to begin this year.

Some residents have raised concerns about the site selected saying the school will add to traffic concerns on the road. The district says a traffic study has been performed and no improvements are needed. School officials say the site was chosen because it best serves the residents of Chapin and will help alleviate overcrowding at Chapin Elementary and Lake Murray Elementary.

While the new addition will relieve congestion in the classroom, some say it will only add more to the road.

"There's a dangerous curve there’s always wrecks on. I know that they'll put in a school speed zone so that will help some if they can enforce it," said Charlie Wessinger who also lives off of Amick Ferry.

While Wessinger has accepted the school will be headed to that location, she’s more concerned about the design of the building.

“It’s a nice looking school; however, there’s a lot of wasted space. You’ve got these huge atriums and I really think that it’s not going to be efficient to heat or cool with these large atriums,” said Wessinger.

Board Chairman, Robert Gantt, says they've been listening to the community and figure out what they can do about the safety on the road.

"We'll be making improvements to that road,” explained Gantt. “There will be turning lanes. There will be flashing lights. We'll do anything that the Department of Education and Department of Transportation requires to do to make it as safe as possible.”

While the plans aren't all set in stone, they hope public input will give the district more ideas for the new school and a safer road.

"I think it will be much safer in that particular area after we build this school than it is today," said Gantt.

The district says the new school will be opened in 2021.