The Regeneron Science Talent Search looks for the "the top 300 scholars in the nation’s oldest and most prestigious STEM competition." 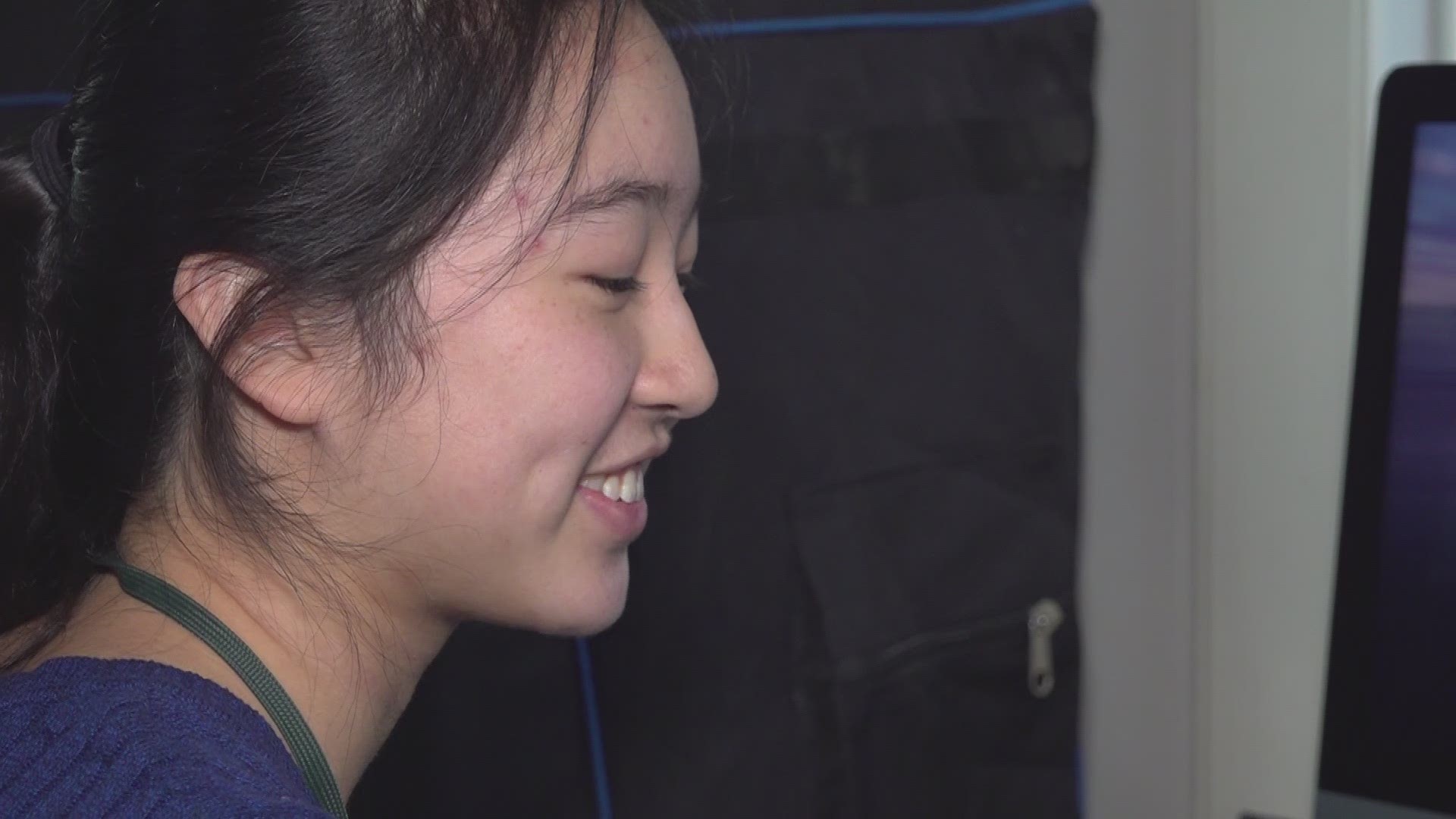 IRMO, S.C. — Two Dutch Fork High School seniors have been named two of the top scholars in the country.

The Regeneron Science Talent Search looks for the, "the top 300 scholars in the nation’s oldest and most prestigious STEM competition."

"It allows the top student researchers from across the country to have a chance to submit their research that they've worked on over the past year or even more than that and it gives them a chance to be part of a community of younger researchers just like them," said Kunchur.

"I identified a specific microRNA, MicroRNA 134, that can help improve the detection of breast cancer recurrence which is when a tumor comes back again," said Chen.

Kunchur's research involved developing economical and efficient procedures for teachers to evaluate the acoustical design of their classroom.

"I wanted to study the impact of acoustical parameters such as reverberation," said Kunchur. "That's essentially how well students are able to receive auditory cues from teachers and that impacts their education."

Kunchur began working on her research about two years ago and has been able to present her findings at both state and national conferences. Chen started her research back in the summer of 2017 at the University of South Carolina. She's since wrote a paper on her research and has presented it at multiple conferences as well.

Both seniors says it was amazing when they found out they were one of the top 300 scholars.

"It was an exciting moment for sure for both of us. We're just go grateful to be a part of a community of young scientist from all around the world who are looking to make an impact with their research," explained Chen.

Barry Lindler, the computer science teacher at Dutch Fork High School, says the school and district can't be more proud of their accomplishment.

"When Lauren and Caitlin were named one of the 300 in the Regeneron contest, it was a benefit for Dutch Fork High School that allows us to show some of our most outstanding students," said Lindler. "These two ladies excel everyday in their personal life and in academic life. They set a standard here for our students in our STEM program."

Lindler says only three students in the entire state of South Carolina was named one of the top scholars. Two of those were at Dutch Fork High School.

"Lauren and Caitlin both show a passion for all of their academic pursuits, not only science but everything they strive to achieve, they excel at. They accept nothing but the best," said Lindler.

Lindler says both students always look forward to a challenge.

"One of the things I like about both of these ladies is that when we give them a challenge in the classroom, it's not enough for them to achieve that challenge. They want to know why, how does this apply in other fields. I think it's those connections and those cross-curricular connections that help them excel," explained Lindler.

For being named one of the scholars, each student will receive a $2,000 scholarship. The school will also receive $2,000 for each student.

Both students say they want to thank their families and science teachers for helping them and encouraging them along the way.