Share the Road & Give Me Three: An event raising awareness for cyclists

The Irmo Police Department and Public Safety chaplaincy are putting on an event this weekend with cyclists and pedestrians in mind. 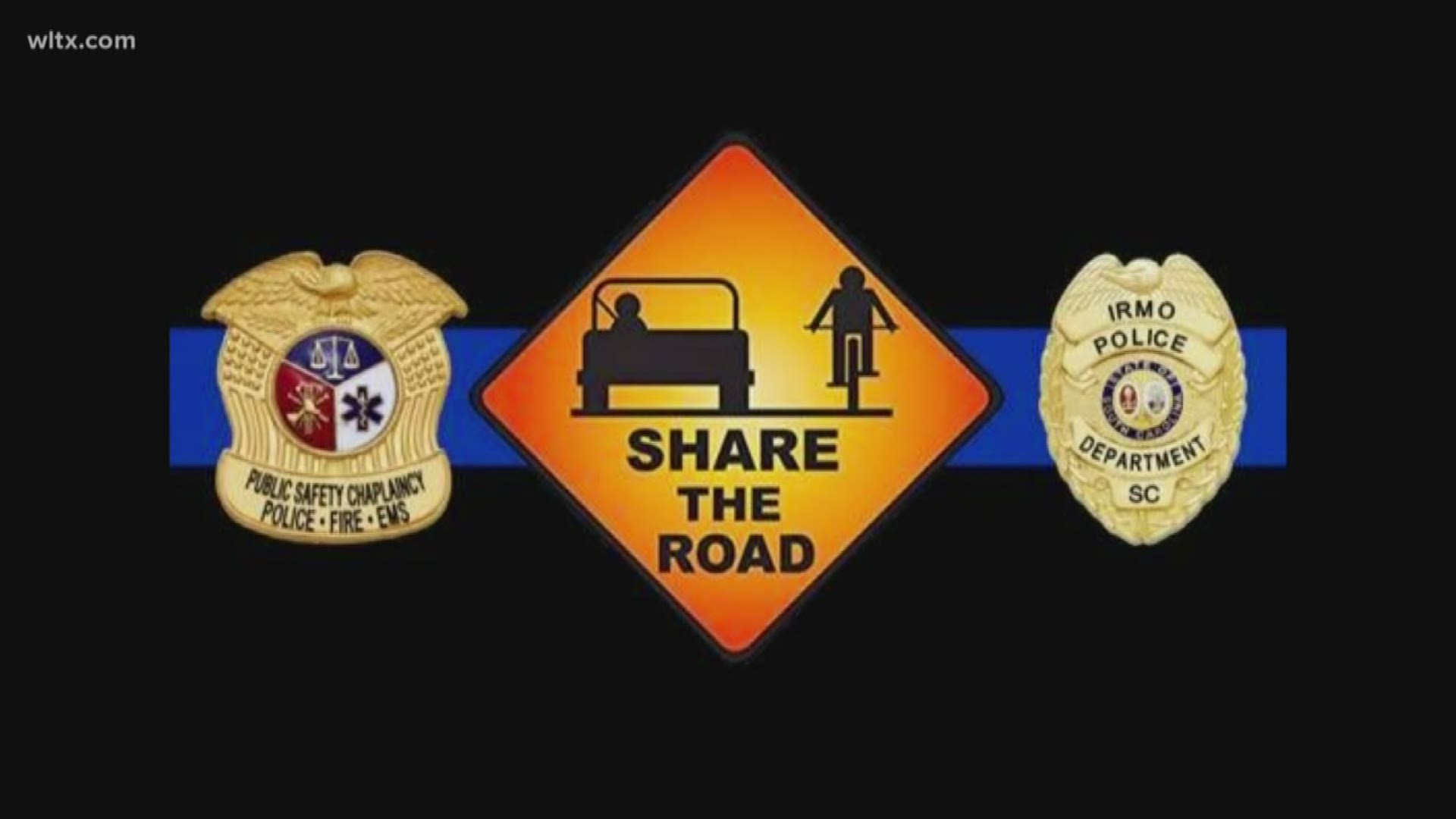 IRMO, S.C. — This weekend the Irmo Police Department is working with the Public Safety Chaplaincy to increase awareness of cyclists and pedestrians on the roads.

They will be having an event at the Irmo Community Park called Share the Road and Give Me Three as in at least three feet between pedestrian/cyclists and cars.

"So, we’d like to ask anybody who rides to come out and join us or if they don’t ride, please come by, cheer us on we’d love to have that. Its just gonna be a good family atmosphere," Smith says.

Smith says around 8:30 a.m. the cyclists will set off to the Criminal Justice Academy and back.

Representatives from Mother’s Against Drunk Driving as well as Midlands Crimestoppers will also be there Saturday.

Steven Burritt, Executive Director of Mothers Against Drunk Driving told us, “The truth is, no one is more vulnerable to the bad decisions that a drunk driver can make then those that are walking or riding their bike alongside of the road.”

Chief of the Irmo Police Department Don Perry says, “We want everyone to come out and participate and cheer us on as we go down the road. And just keep a lookout for us that’s all we’re asking.”

This free event is from 8 a.m. to 12 p.m. at the Irmo Community Park off of Lake Murray Drive.