Signs on Interstate 77 to be replaced

SCDOT says they are aware of signs deteriorating and are now making plans to replace them. The new markers should last 20 years. 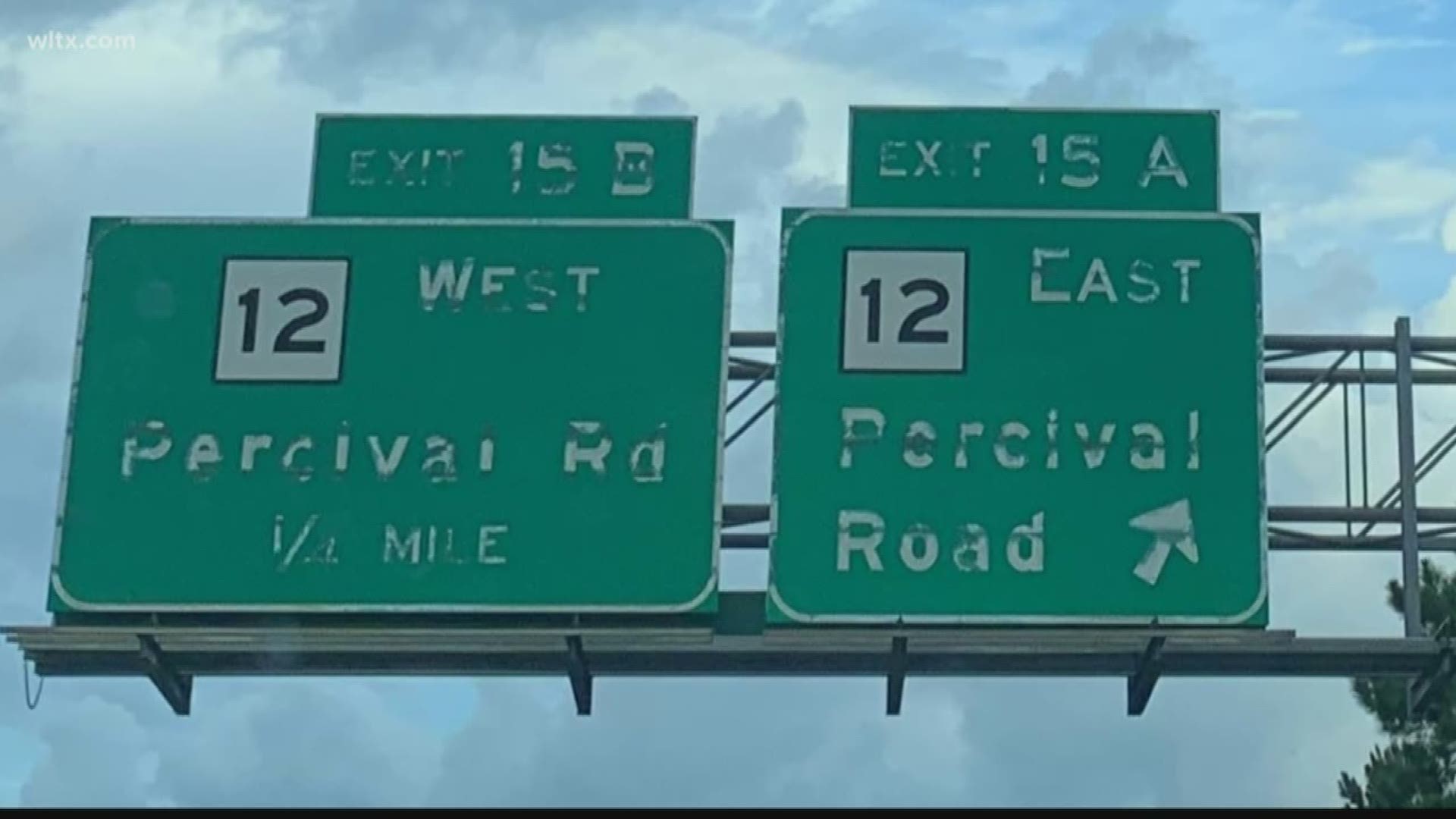 COLUMBIA, S.C. — The South Carolina Department of Transportation will be replacing signs along Interstate 77.

The Percival Road exit sign looks to be in bad condition. The writing on the marker is fading and some drivers say it’s hard to read it, especially at night.

SCDOT says they are aware of the issue are now making plans to get these signs replaced.

Typically, a marker is replaced every 12 to 14 years. The last time the Percival Road sign and other markers on the interstate were replaced was back in 2007. According to the department, the sign faded quicker because of the material they used over a decade ago. They have since switched to extend the life of the sign.

The state department says they are creating a plan to replace signs along the interstate from the junction between Interstate 26 and Interstate 77, all the way up to the Percival Road exit.

There will no longer be markers on the side of the road in that area. The department plans on making overhead ones to create better visibility for all drivers. These new signs should last 20 years.

Nick Boozer, a State Traffic Operations Engineer with SCDOT, says they hope to start replacing the signs by next Spring so they can replace them all at one time and have them on the same life-cycle.

"The project should be put out for low bid and awarded late this year or early next year with work potentially beginning in the spring," said Boozer. "The project will cost $2 to $3 million."

SCDOT told News 19 they will check on the status of the signs along the route they currently plan on replacing. Officials say if they deem it necessary to replace them before Spring, they will do so.

According to the department, signs are typically between 14 to 18 feet wide and 10 to 14 feet tall. The signs are meant to be readable at approximately 800 feet away.

If you have any story you would like Street Squad to cover, email us at streetsquad@wltx.com.