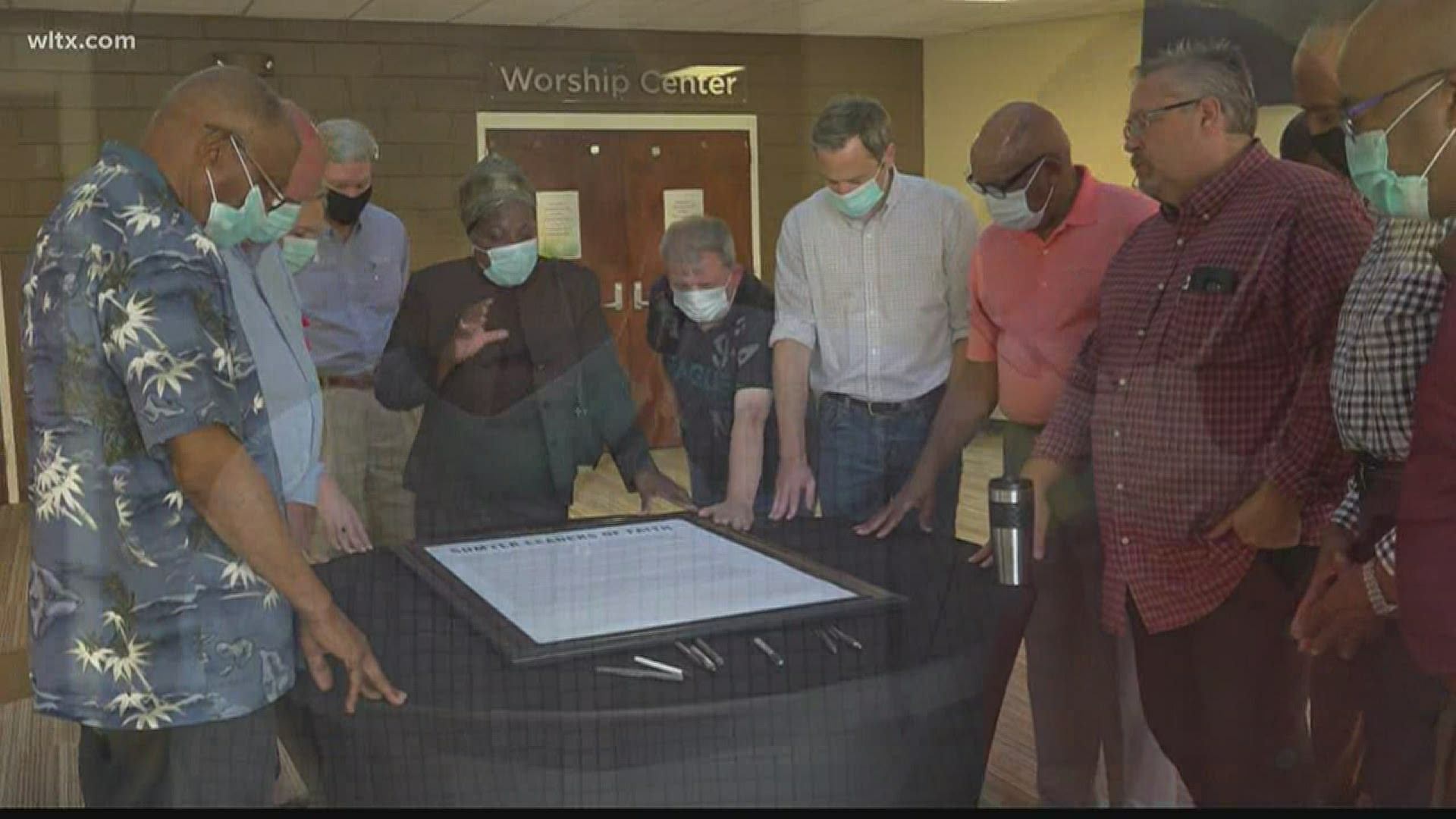 SUMTER, S.C. — Sumter-area pastors gathered in unity Monday to sign a pledge denouncing racism and committing themselves to work toward change following the death of George Floyd.

"Pastors are coming to sign this statement committing themselves to live by it, as well as share it with their congregations," Alice Drive Baptist Church Pastor Clay Smith said. "...really speaks about having God work in the lives of people in Sumter so that we are a community that does not hate, but a community that loves our neighbor."

Earlier this month, more than 70 Sumter-area pastors across denominations led a march to the courthouse for social justice alongside police that attracted hundreds.

After the march, they formed a task force to discuss ways to improve race relations, pledging to move the needle forward.

"What we hope is that the efforts in Sumter will be an inspiration to people in other parts of our state... and we can speak with one voice against racism and really to love our neighbors," Smith said.

The task force plans to continue meeting to discuss additional ways to push for racial equality in Sumter and beyond.