The race to November 3 is on in Sumter, as election officials work to process thousands of absentee ballot requests and voter registrations. 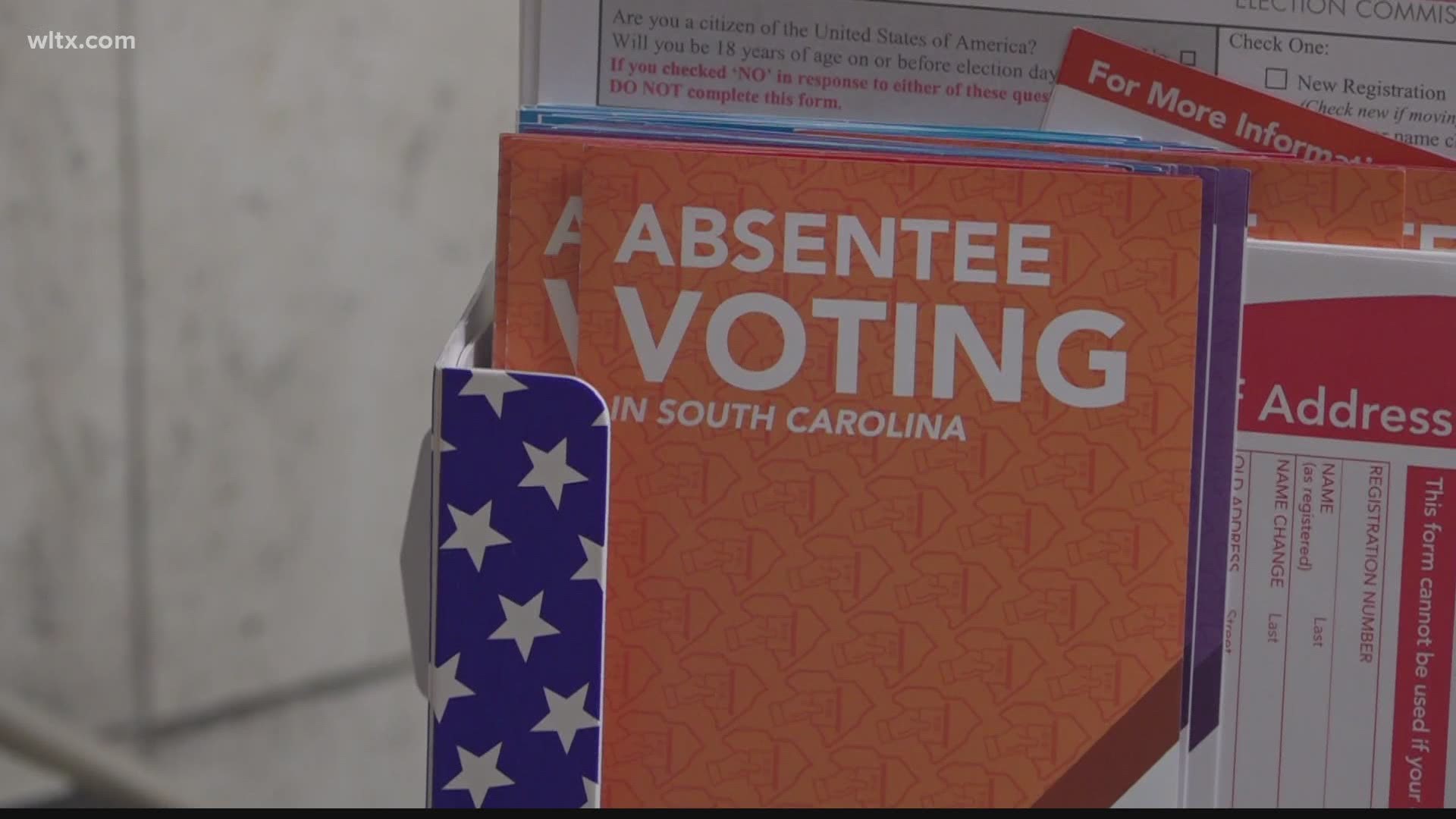 SUMTER, S.C. — Voter registration and absentee ballot requests have spiked in Sumter ahead of the election on November 3.

According to the county's Voter Registration and Elections Director Patricia Jefferson, they've been working to process thousands of absentee ballot requests and voter registrations.

According to Jefferson, this year they've seen voter registration and absentee ballot requests spike, and have processed nearly 8,000 absentee ballot applications so far.

"To be more than 30 days out, it's an influx," Jefferson said. "It's a larger increase than we did four years ago."

To meet the demand, they've been reaching out to community partners as the November election nears.

"We've reached out to all of our civic organizations and groups and we have a large number of volunteers and people who are looking to volunteer," Jefferson said.

She said those interested in voting absentee or registering to vote can apply now.

"We ask that you not sit on these applications. The deadline is fast approaching," Jefferson said. "Remember, you must be registered 30 days prior to an election in order to vote, so, if you have those applications, we ask that you go ahead and complete them and get them back as soon as possible."

The Sumter Voter Registration and Elections Office is located in the old courthouse at 141 N. Main Street in Sumter. The office phone is 803-436-2310.

More details about voting including candidate information can be found at SCvotes.gov.