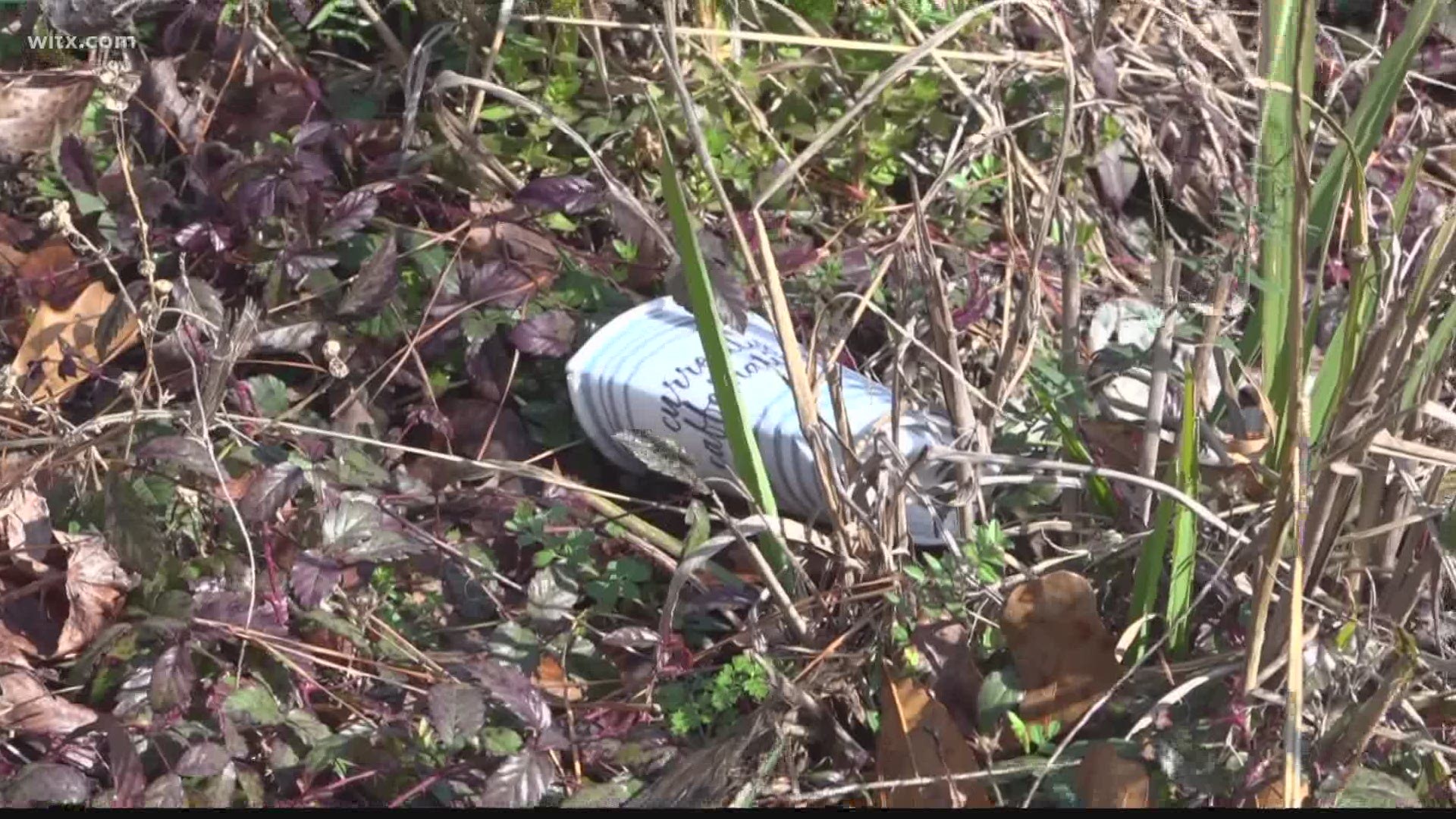 SUMTER, S.C. — In Sumter County, there are many concerns of litter by the roads and in neighborhoods.

“If I clean my yard, within two days, I’m picking up trash on the outside of the fence,” Gardner said, “…and it’s not just a city problem, or a county problem. It’s Sumter as a whole has a problem with litter that we need to work together to fix.”

“With the ordinance that we are proposing, we are considering hiring a litter officer as well, which will have the authority to actually ticket people and take those people to court,” McCain said.

In the city, their new litter officer has been on the job six months.

“We had four cleanup days since June - 5,000 pounds of litter using 120 volunteers that cleaned six streets, they identified 44 trash dumping areas and issued nine tickets for a total of 2,000 in fines,” Merchant said.

He said they’ve also set up five cameras to catch littering and illegal dumping and have applied for a grant to purchase more. Those doing community service have also made some headway.

However, there’s still work to be done and residents like Gardner hope to see a change soon.

“When you come to Sumter, it’s so much more to see,” Gardner said. “So don’t judge us by the litter that you see ‘cause Sumter has a lot to offer.”

Sumter County Spokesman Joe Perry said those in the county can report litter concerns to the Sumter County Public Works for assistance. They're also encouraging community clean-ups to assist.

"At the root of it, it’s about trying to change the mindsets and attitudes of the citizens of Sumter County. Our long-term goal is for everyone to realize how hurtful littering is to our collective progress," Perry said. "We strongly support and encourage civic groups, church groups or neighborhood organizations to get involved and volunteer to pick up litter. If civic groups contact us to pick up 20 trash bags at a specific location, for instance, we will support that.... One person can make a difference and this situation is one where people can use social media as a powerful tool to bring about positive change."

News19 also reached out to the sheriff’s office. Inmates at the county jail used to help clean-up litter. The sheriff’s office says they stopped the program due to COVID-19, but plan to restart it when they feel it’s safe to do so.

To learn how to help with litter clean up in the city, visit their website.