'Sumter-opoly' features city staples like Liberty Street, Skate Station and even the Sumter Speedway. It's available at the Walmart on Broad Street in Sumter. 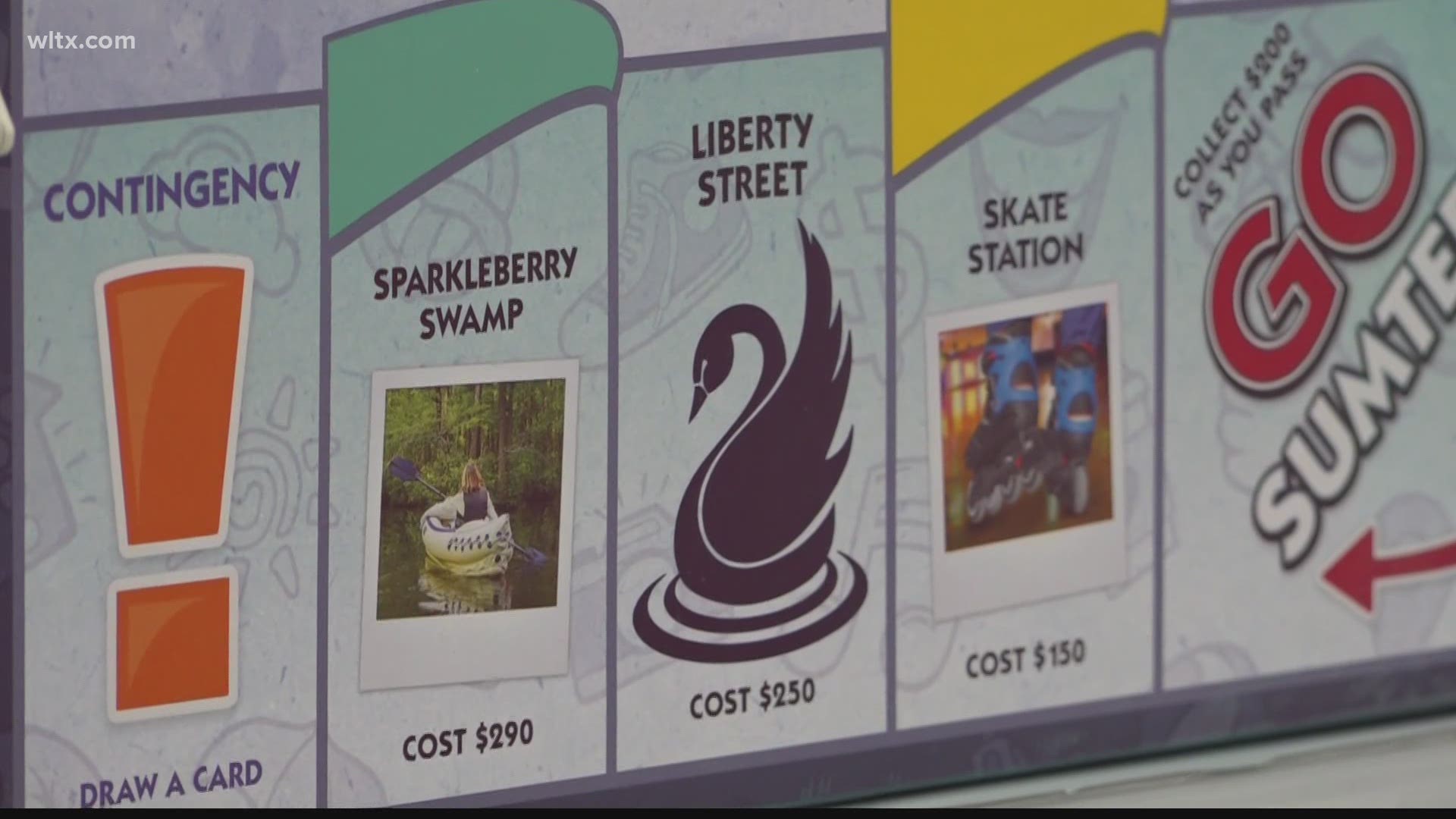 SUMTER, S.C. — A Sumter-based Monopoly game has been getting a lot of buzz since hitting shelves in The Gamecock City just three days ago.

"I saw it on Facebook last night," Stacey Pack said, and by Wednesday afternoon she was in-store grabbing three boxes. "You think about old-time Monopoly, and to have something we can all relate to here in the community, I think is a great thing."

The game features city staples like Liberty Street, Skate Station and even the Sumter Speedway.

The game was created by Ohio-based 'Late for the Sky' production company, which specializes in making custom board games like Sumter-opoly.

"We have done larger cities since about the mid-90s and about five years ago we started... a lot more smaller cities," Michael Schulte, a spokesperson, said.

Store Manager Joe Quinlan of Sumter's Walmart on Broad Street said he reached out to the company to ask about a Sumter version being made.

"I asked if it was an option and they said yes," Quinlan said.

"Looking through social media, through the city websites, the chamber websites,” Shulte said, and finalizing the details with local leadership to make sure the board reflected city staples.

The game is sold at the Walmart at 1283 Broad Street in Sumter.