City Councilmen David Merchant and Calvin Hastie will face off for mayor, and Talitha Harrison and James Blassingame hope to represent Ward 2. 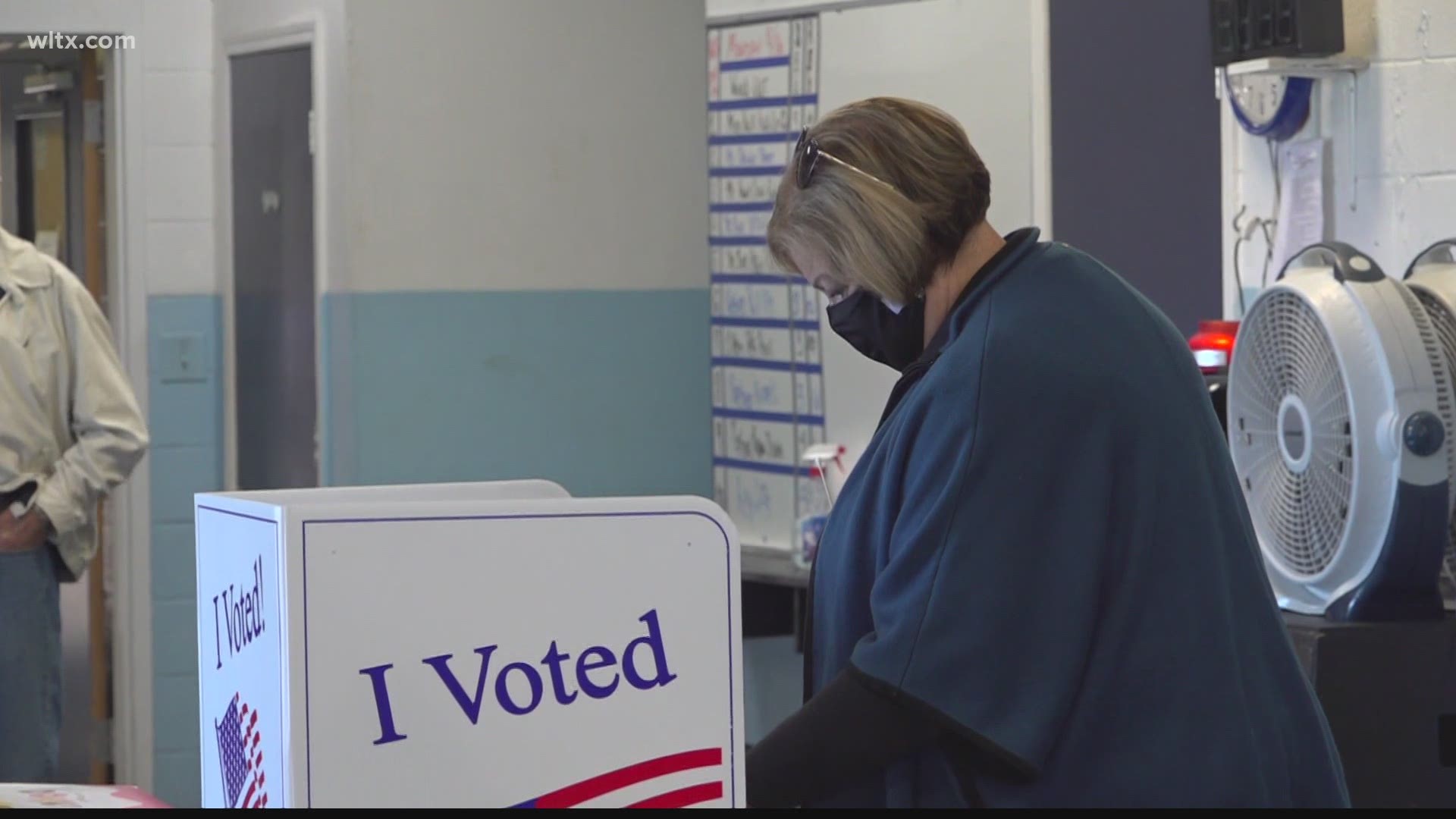 SUMTER, S.C. — A decision on who will become the new mayor of Sumter and Ward 2 representative will be determined Tuesday, as the final day of voting in the runoff election takes place.

City Councilmen David Merchant and Calvin Hastie are hoping for the mayoral slot after a six-person race for the seat retiring Mayor Joe McElveen held for 20 years.

Meanwhile, in Ward Two, Talitha Harrison and James Blassingame hope to earn the title of city councilperson in their runoff election.

“We’ve had a good crowd out this morning so far in this precinct," Wilson Hall Precinct Clerk William Lyons said. "I think that voting for mayor of the City of Sumter, we’ll have a good crowd all day at all the precincts."

More than 2,000 people had already voted absentee ahead of the official runoff election day, according to Sumter’s Election’s Director Pat Jefferson. A “good turnout” for a runoff election, she added.

Wilson Hall School saw a steady stream of voters at the start of the day, according to Lyons, who said more than 100 voters came in the first couple of hours. Sandra Bandstra was among them.

“I wanted to make sure that my vote that I cast in the General Election counts today,” Bandstra said. “It is super easy, super quick, super organized; it won’t take any time out of your day.”

Bandstra, a city resident, cast her ballot for the mayoral candidate of her choice. Those who live in Ward Two will also be able to vote for the city councilperson they’d like to represent that area.

Only those who live in the city can vote in the runoff election. City precincts close at 7 p.m. Tuesday night.