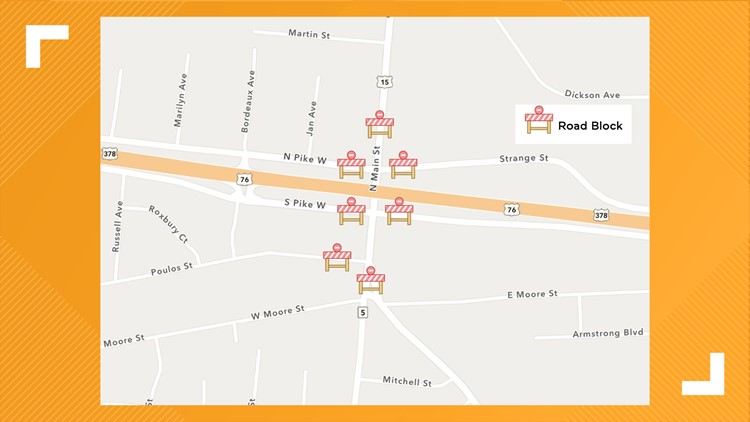 North Main Street in Sumter to close for two weekends

SUMTER COUNTY, S.C. — Drivers in Sumter will need to avoid a section of North Main Street for the next two weekends while crews work in the area to improve traffic flow.

Traffic will be directed to detour along East Calhoun Street to U.S. 401, then on to S.C. 81 (East Brewington Road) and back to North Main Street. Signage will be in place to show the detour route. Officials say travel along U.S. 76/378 will not be affected.

Crews will be working to improve traffic flow in this area as part of the county’s Capital Penny Sales Tax, also known as the Penny for Progress.