The cause of death of Shaw Airman 1st Lt. Schmitz who died during a training mission on base over the summer has now been released. 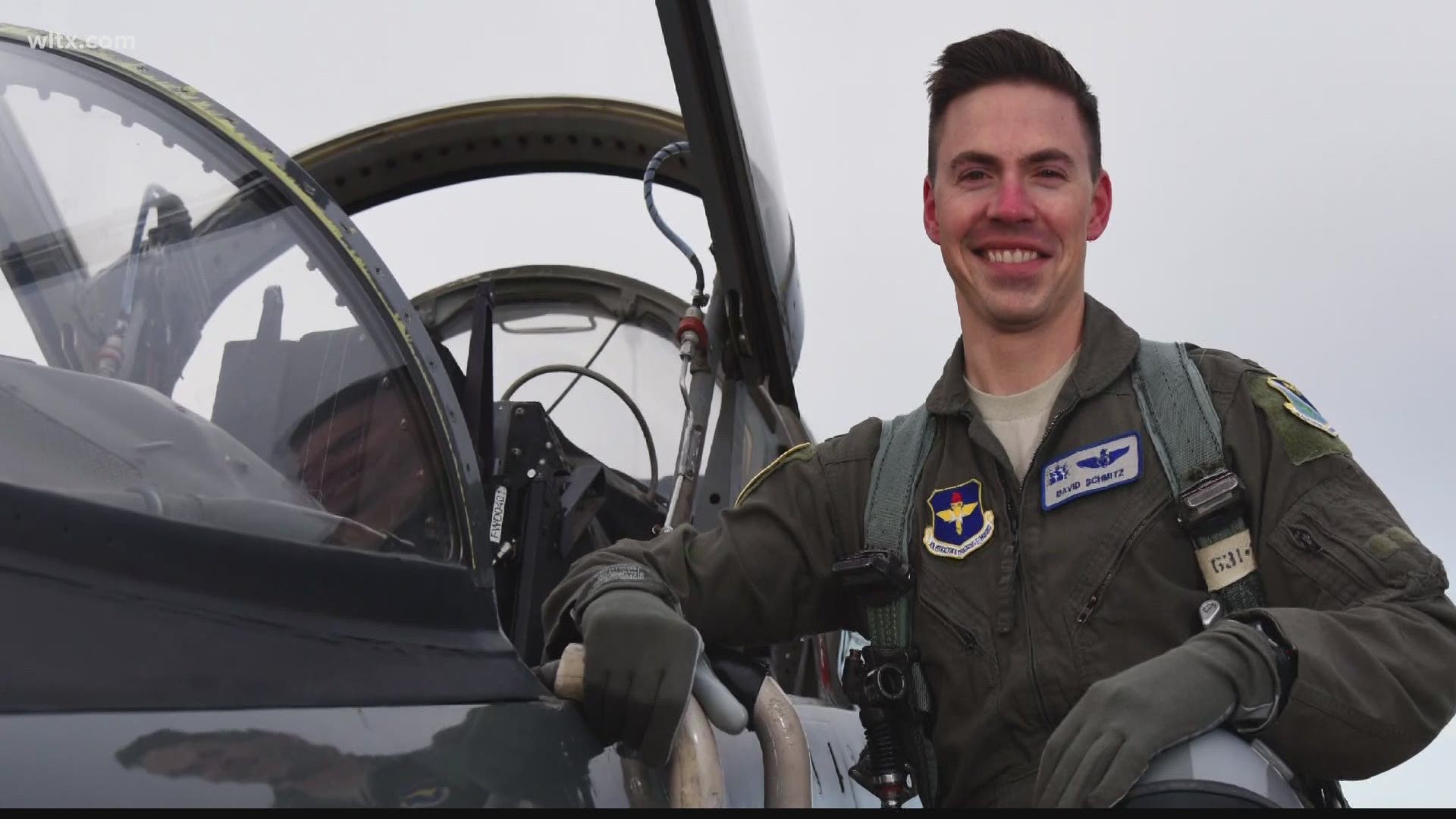 SUMTER, S.C. — The cause of death of a Shaw Air Force Base pilot who died during a training mission on base over the summer has now been released.

According to the Accident Investigation Board report, 1st Lt. Schmitz was participating in a night-time training mission and attempting some new maneuvers, including aerial refueling, before his fatal accident occurred.

After unsuccessfully refueling his jet, Lt. Schmitz had to leave the mission and return to Shaw earlier than planned.

As he approached the base, the report says, his aircraft struck an object just short of the runway, severely damaging part of the aircraft.

He would later attempt to eject himself, but couldn't do so due to an issue with the ejection seat and died when the aircraft hit the ground.

Gen. Mark Kelly, commander of the Air Combat Command, which released the report, said it identified a sequence of concerns including that, "Air Force Instructions mandate pilots demonstrate proficiency in events like aerial refueling in the daytime before attempting them at night. That didn’t occur for this officer, and when we have oversight breakdowns or failures of critical egress systems, it is imperative that we fully understand what transpired, meticulously evaluate risk, and ensure timely and effective mitigations are in place to reduce or eliminate future mishaps.”

RELATED: Scholarship fund created in honor of Shaw Airman who died in crash

In a statement to News19, Shaw Air Force Base responded to the incident saying, "It'd be premature to identify any changes to processes or procedures at this point since the investigation report was just released. However, the Air Force is committed to preventing a similar incident from occurring in the future. The purpose of the Accident Investigation Board report is to provide us with the information we need to understand the cause of an accident, and therefore enact changes to prevent future accidents."

According to investigators, the cost of damages to government property due to the accident was more than 25 million dollars.