A Black man, George Floyd, was killed while in police custody in Minnesota. 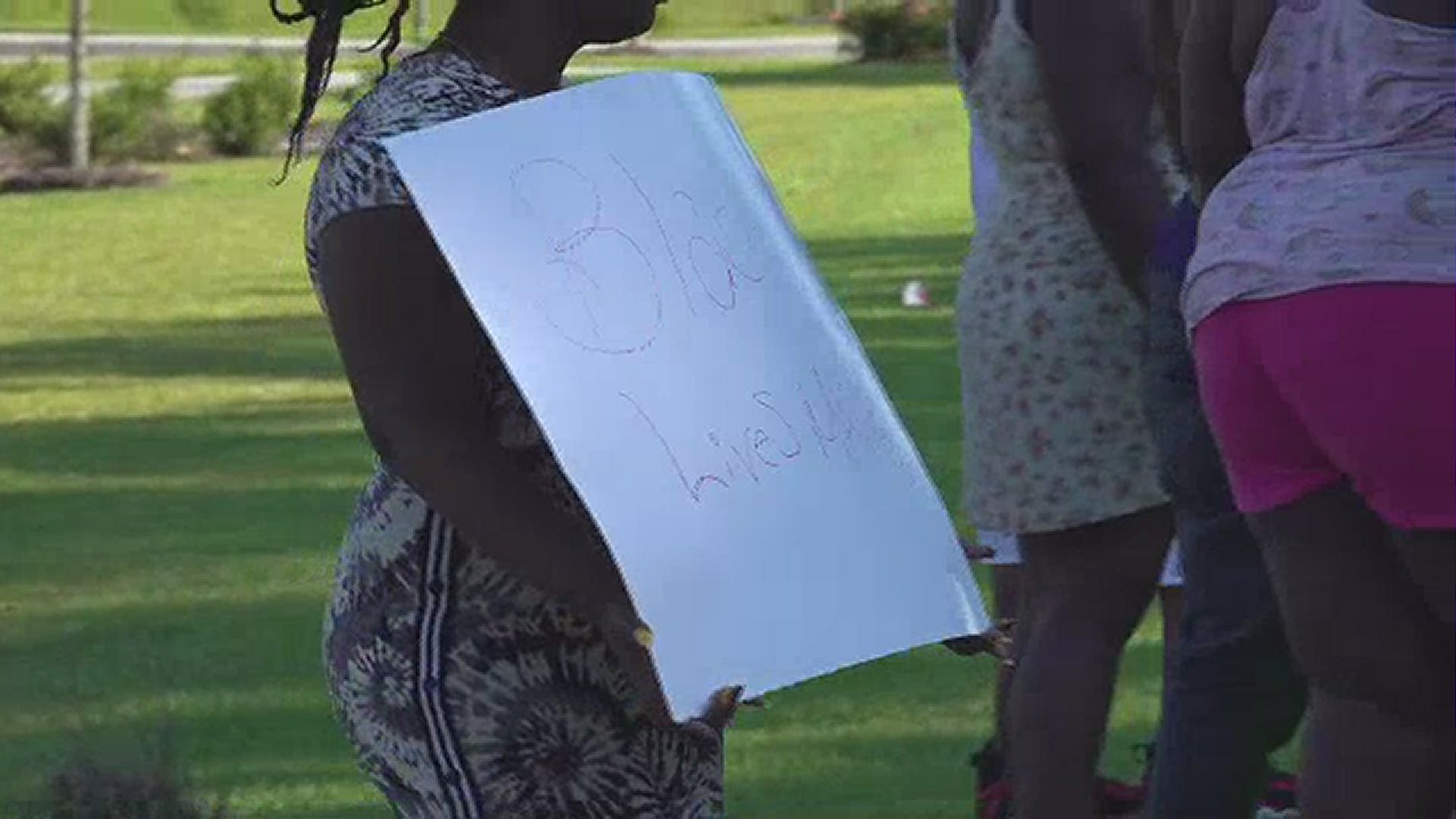 SUMTER, S.C. — Protests erupted in cities across the United States following the death of George Floyd, a Black man who died while in police custody in Minnesota.

RELATED: Violent protests over police killings rage on in dozens of US cities

In Sumter, between 20 and 30 people gathered at the police station Saturday to protest Floyd's death and ask for improved policing practices across the nation.

RELATED: ‘No justice, no peace’ | Demonstrations take over downtown Greensboro after death of George Floyd

"I came out here today because there was a man killed wrongfully and I think of my younger brothers and my sister and I think of all the situations that they could be put in and that could be them too," Randolph said.

A small group of officers stood in front of the station to monitor the crowd, but the protest remained peaceful.

"That could happen here in Sumter. It just, we ain't seen it happen yet, we ain't been on the news for it yet, but it can happen," David Hicks, another protester, said.

“We understand people’s concerns related to the tragic death of George Floyd in Minnesota and we agree the measures taken were not appropriate,” the statement read. "Over the past 10 years the Sumter Police Department has worked diligently to develop positive relationships with the greater Sumter community – one of trust, one of empathy -- and to provide an improved quality of life for all of its citizens. While we understand the public’s need to express themselves at this time, we will continue to be mindful of people’s rights to be safe within their community.”

Many of the protesters said their intent was not to single out the Sumter Police Department, but feel police across the country need to make improvements so everyone can live more comfortably.