The SportClips barber shop on Broad Street is accepting them until the end of the month. 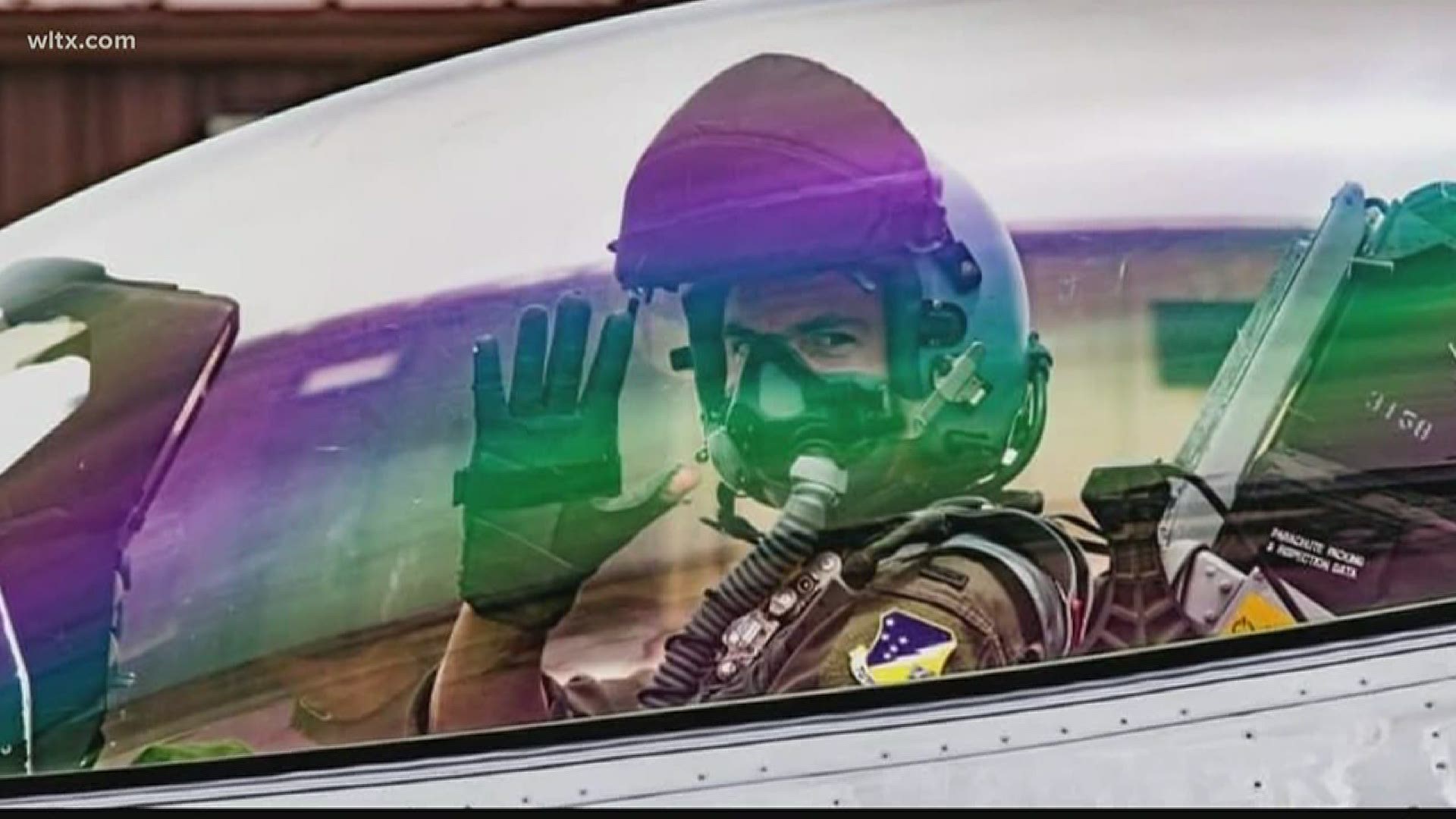 SUMTER, S.C. — The pilot killed in a training crash in Sumter last week was the kind of guy who could brighten up any room.

He was easy going and would talk passionately about being a pilot, a life-long dream.

"He was just a great guy, just a pleasant guy," Brandy Norris, a stylist at the SportClip barber shop, said. "He just had a way when he walked in the door, in the way that he said, 'Hi, how are y'all doing,' that you just couldn't help but smile.

As the Sumter community continues to mourn the loss of First Lt. David Schmitz, staff at his barber shop are working to heal by letting everyone know what a wonderful guy he was. The staff at the barber shop on Broad Street said he had a smile that would brighten everyone's mood."

He could do that with a smile, just make everyone happy.

She says she remembers his kind and easy-going personality.

"He was just one of the ones that you were just happy that he walked in," Norris said. "Always a smile on his face; just easy to get along with.... He treated everybody with respect and kindness and that's the one thing that I think we remember the most about him."

"He would light up when he would talk about being a pilot," Norris said. "It's what he always wanted to do."

When they found out about his death, they wanted to help in some way.

"We were stunned," Norris said. "It's heartbreaking when you get to know these guys like this and then... a tragedy like this happens."

Now, they're collecting messages for his family to show support.

"We want his family to know that we're there for them," Norris said. "Sumter is a good community and we take care of each other."

They will be accepting messages at least through the end of July.