Sumter churches team-up to bring food to teachers, staff as 'gesture of love'

The goal, organizers say, is to bring a smile to Sumter County teachers and staff with meals once a month. 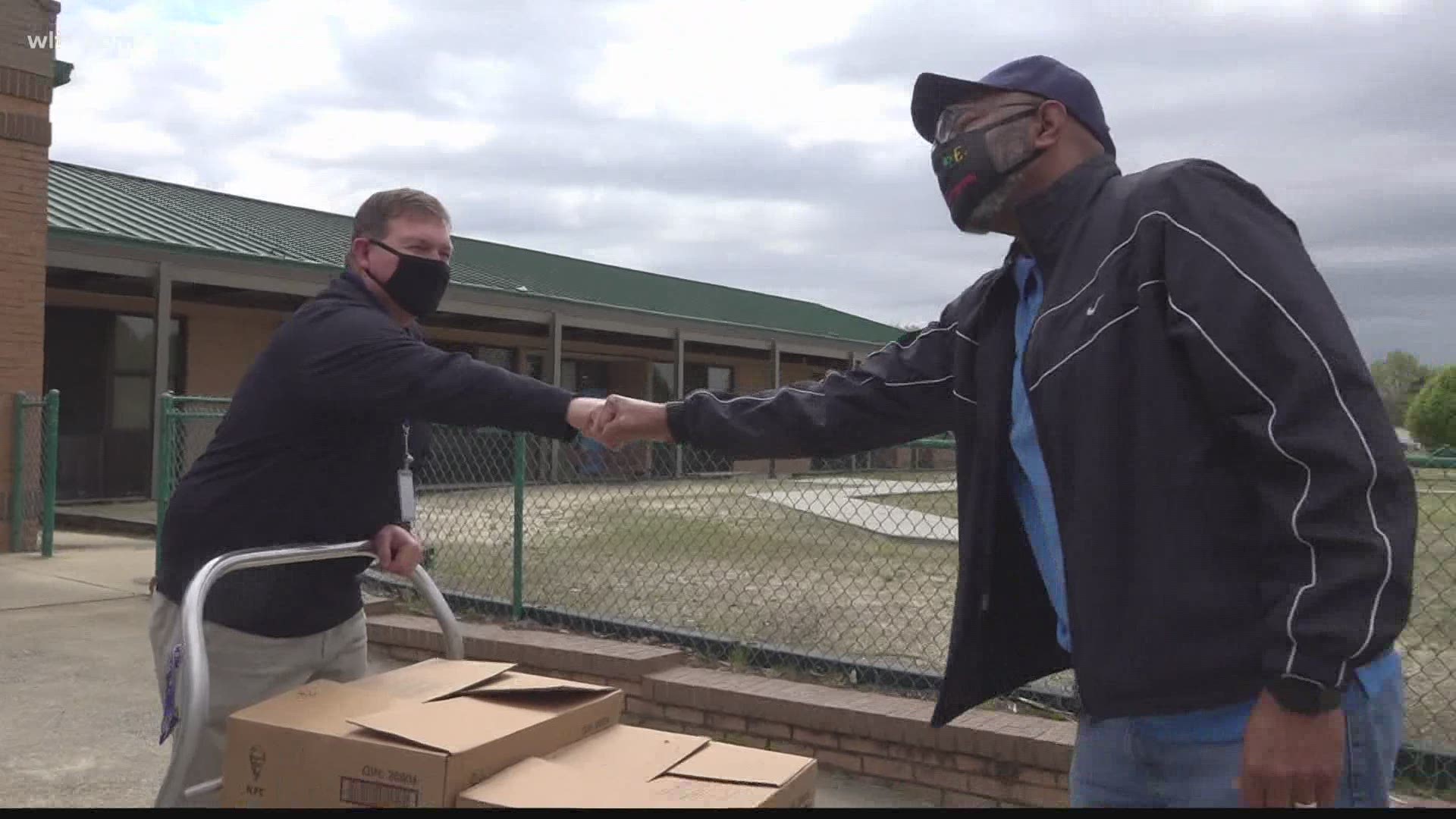 SUMTER, S.C. — A “gesture of love” can come in many different forms. For Barney Gadson, it comes in the form of an orange truck full of food boxes.

On Tuesday, that truck rolled to the front of Wilder Elementary School. It was Gadson’s second stop of the day.

A familiar face, the principal greeted him warmly.

He dropped a brown box full of individually packaged KFC meals on a silver cart and greeted Wright with a fist bump.

It’s a routine he would repeat at three other schools before the day was over. The goal, he said, was to bring a smile to Sumter County teachers and staff with meals once a month.

“Just as a gesture of love to let them know that we’re here and we’re supporting them and want them to know that we appreciate all that they do for our children and for our communities,” Gadson said.

The meals come as part of a joint effort from Sumter churches to bring joy to schools across the county, Gadson said, partnering with local businesses to make it happen.

“The blessing is being able to do it,” he said.

It’s a community effort felt most by those on the receiving end – teachers like Lakechia Levy.

“It feels wonderful to get free lunch, one; to have take-out, there’s a plus, but also it just warms my heart to know that they are thinking of us, they are supporting us, they are backing us 100 percent,” Levy said.

As he waved goodbye he said, “take care," then he hoped back into his orange truck and rode away, until next month.