The daycare owner says they immediately fired the employee and notified DSS and law enforcement. 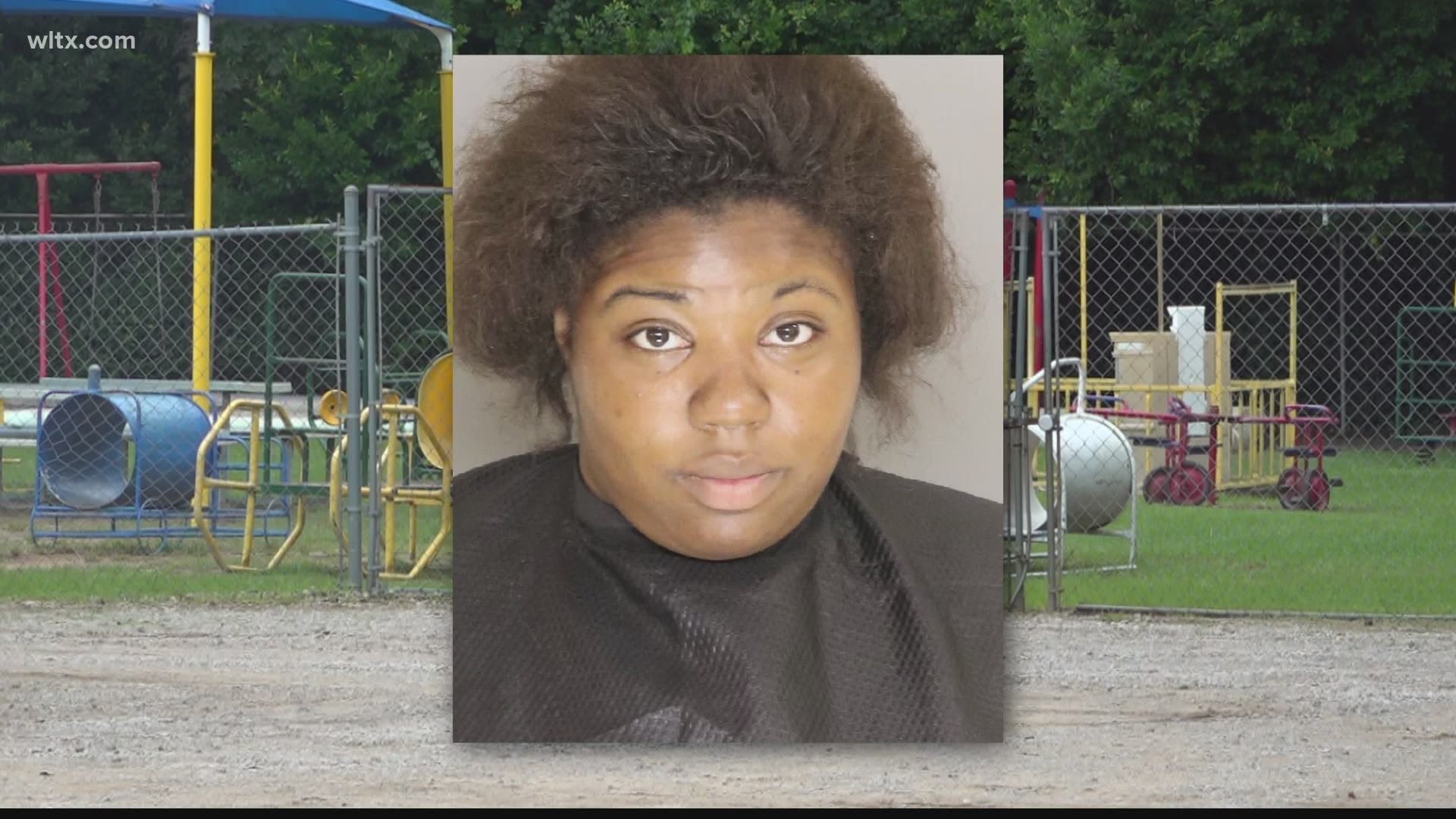 SUMTER COUNTY, S.C. — At the Care-A-Lot Daycare in Dalzell Tuesday, things seemed to be back to normal after Sumter County law enforcement announced Monday the arrest of a former employee.

Tiana McElveen, 24, was charged with unlawful conduct toward a child.

Investigators released video of an incident at the daycare where they say McElveen is the person seen striking a child and tossing him to the floor, after the child got into an argument with another over a toy.

In a newly-released incident report, investigators say McElveen is related to one of the children involved and, according to the report, she told the owner, Paula Durham, that the other child, who has autism, attempted to bite her relative.

RELATED: Missing Sumter teen could be in Manning, deputies say

The report said the owner found no evidence of a bite, but would later review the surveillance footage after being prompted by another employee to do so and found the images that have been released by law enforcement.

Durham released a statement to News19 Tuesday. It said, in-part:

“In support of all the regulations for reporting child abuse and neglect, this daycare took direct steps in removing the employee. With the quick response, the classroom co-caregiver informed me of the inappropriate behavior of the other caregiver. I terminated the employee immediately and consequently not allowed her to reenter the center. In reviewing the classroom monitoring video, it was evident the severity of the situation. Therefore, I followed protocol to notify DSS, OHAN, local law enforcement and parents,” the statement read.

Durham added that she also notified the parent of the child at the center of the incident and is working with law enforcement to prosecute the ex-employee.

A meeting with parents and law enforcement is scheduled to take place Wednesday.

Woman was alive in body bag for 2 hours before being found, attorney says

Full circle: Sumter's teacher of the year teaches where she learned as a kid