Starting Saturday, April 17, community leaders alongside those who register will work to clean things up with additional events to follow every two months. 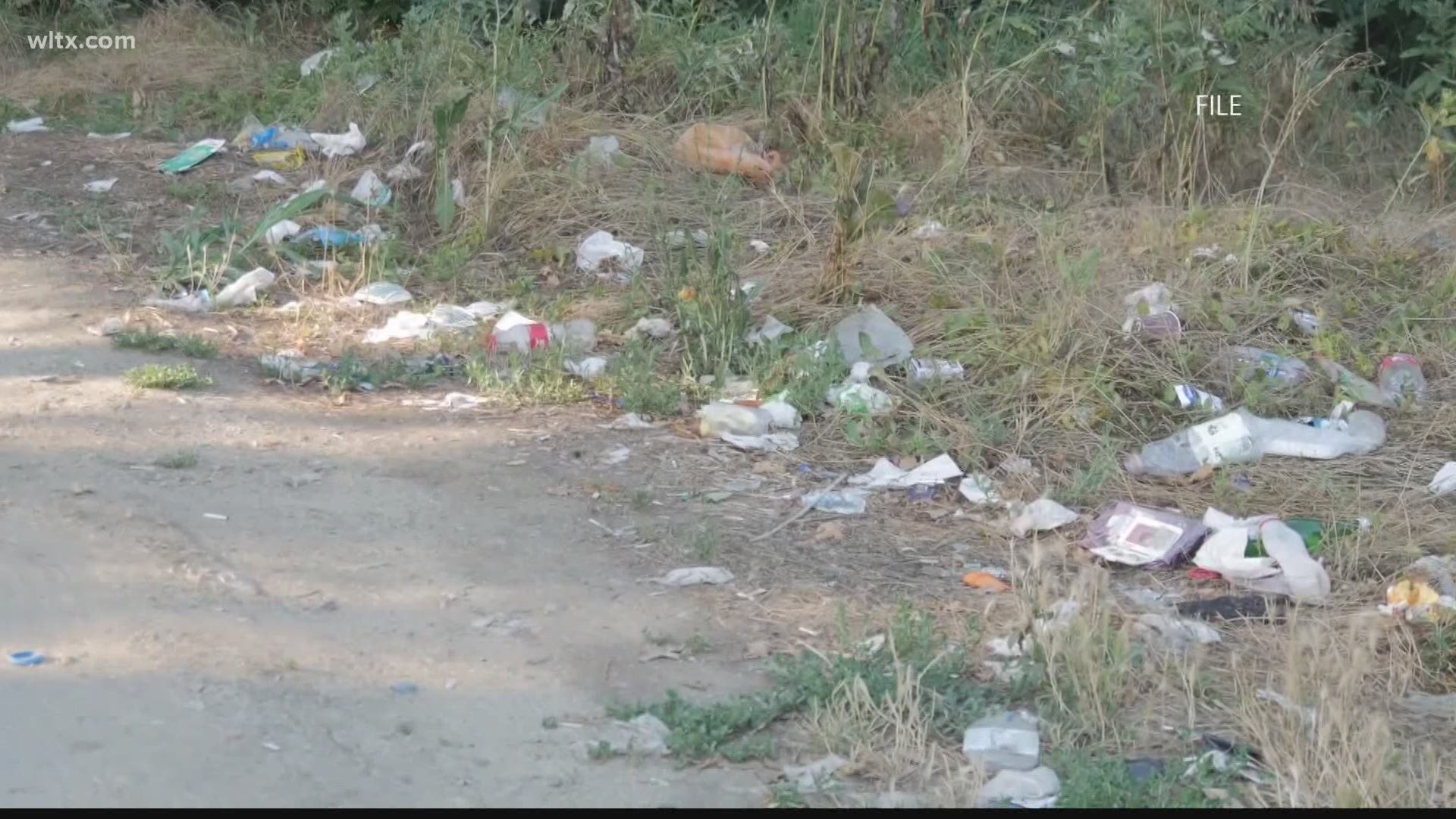 SUMTER, S.C. — Litter continues to plague South Carolina streets, homes and roadways, after the pandemic put a pause on many clean up efforts.

Sumter is hoping to tackle the issue with community clean-up days.

According to Sgt. Kaynnera Capers with the Sumter County Sheriff’s Office, they’ve partnered with the city and communities across the county to send a message, “trash of any kind won’t be tolerated.”

“This was a vision of the sheriff,” Sgt. Kaynnera Capers said. “He’s very tired of the trash all over the county, so he wanted to do something big as a unified event with Sumter city.”

RELATED: One dead after race at Sumter Speedway, investigators say

Starting this Saturday, April 17, community leaders alongside those who register will work to clean things up with additional city-led events to follow every two months on June 19, August 14, October 16, and December 18.

Pinewood Mayor Jack Spann said they were quick to partner on the project.

“When that idea came to us, I thought it was one of the best things I’ve heard in a while because we all know as we ride up and down our highways that the litter is piling up and something needs to be done,” Mayor Spann said.

Now, he said, the goal is getting the community to take part.

“It’s an opportunity for all of our citizens to volunteer….because… this community belongs to the citizens,” Mayor Spann said, “and it’s our responsibility, it’s our duty, it’s our job to get out and ensure that we keep our community clean.”