Signing days are common for sports like football and basketball, but you don’t hear about them as much with dance. 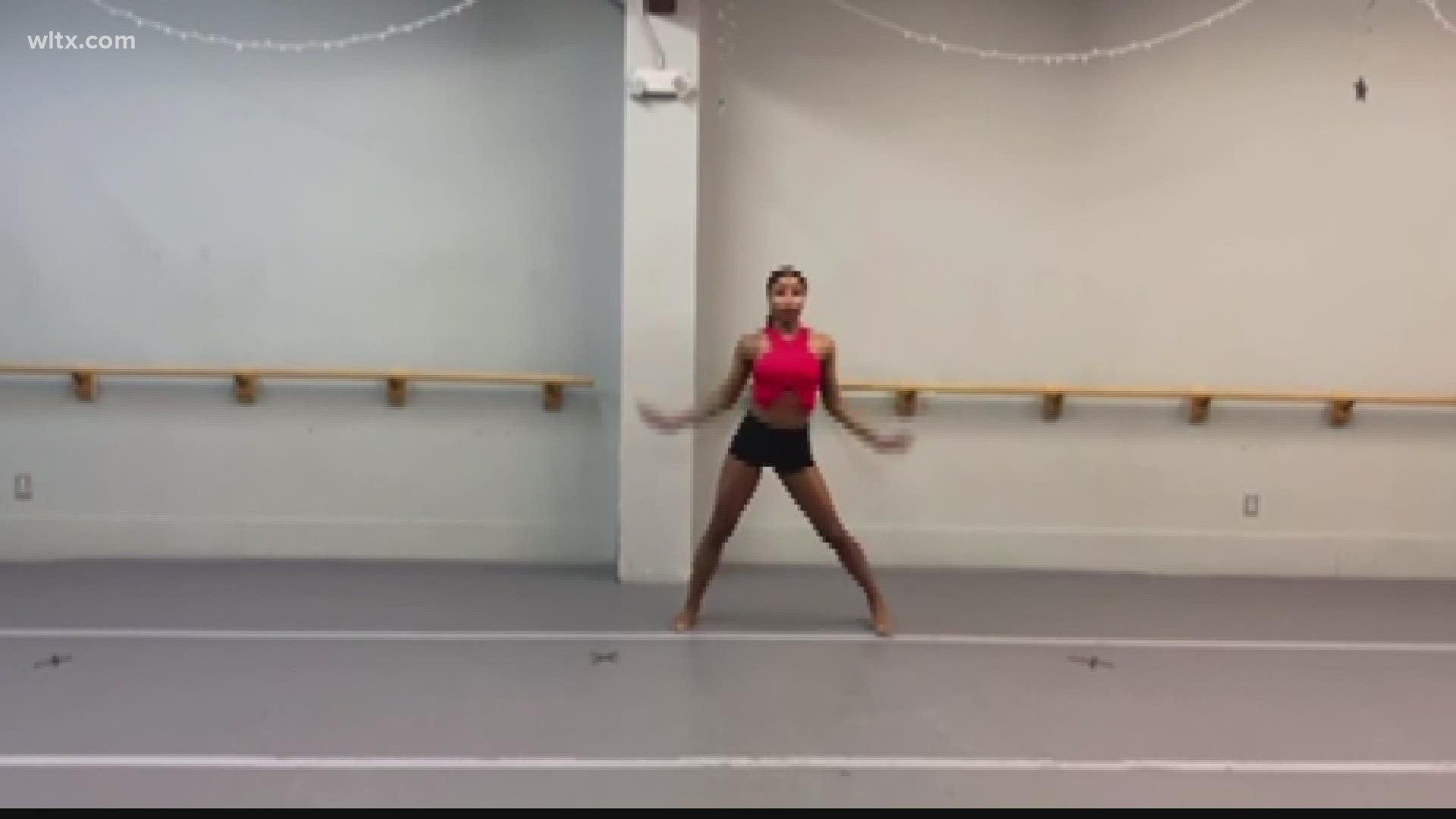 SUMTER, S.C. — Ashauna Leverette has been dancing for as long as she can remember.

“It’s very powerful to be able to dance in front of an audience and impact people,” Leverette said. “I honestly don’t know what I’d be doing if I wasn’t dancing.”

Over the years, the Sumter native has won multiple awards and scholarships for her skills, and competed at the local and national level.

Her big dream, however, has always been to become a Louisville Ladybird after seeing the 20-time national champions in their 2017 Lifetime show So Sharp.

RELATED: Heathwood Hall track champion shines on and off the field

“I watched the whole thing in one day,” Leverette said. “I had this whole list. I went and visited different schools, but I just didn’t get the feeling from any other school that I got from Louisville’s dance team. I just see myself there dancing with them”

With a video audition and an in-person dance, the moment had finally come.

Next to her roommate, Leverette listened in, as her dream became reality.

“She was just calling the numbers and it was silent, and I just grabbed her leg and I grabbed my mouth ‘cause I had to control myself,” Leverette said.

An exciting moment for her family and the greater Sumter community working to show support.

Signing days are common for sports like football and basketball, but you don’t hear about them as much with dance.

RELATED: Youth Summer camps and programs returning to the Midlands

David Witherspoon with the Silver Spoon event center in the city, offered the space for free to Leverette so that she could sign too.

“It is just as important as a sport. It take that much preparation to become a dancer,” Witherspoon said. “Our goal is to shine a light on the youth that is doing positive things in the community, especially going to Louisville.”

She’ll sign on Friday at 2 p.m. solidifying a dream she’s always hoped for.

“In the future, I want to go on tour with some artist,” Leverette said. “Never give up on your dreams… Just keep working hard and your dreams will come true.”

The event will be held at the Silver Spoon, 670 W. Liberty Street. Members of the public are encouraged to attend.