School districts across the state have been hosting robust summer learning programs to get students up to speed. 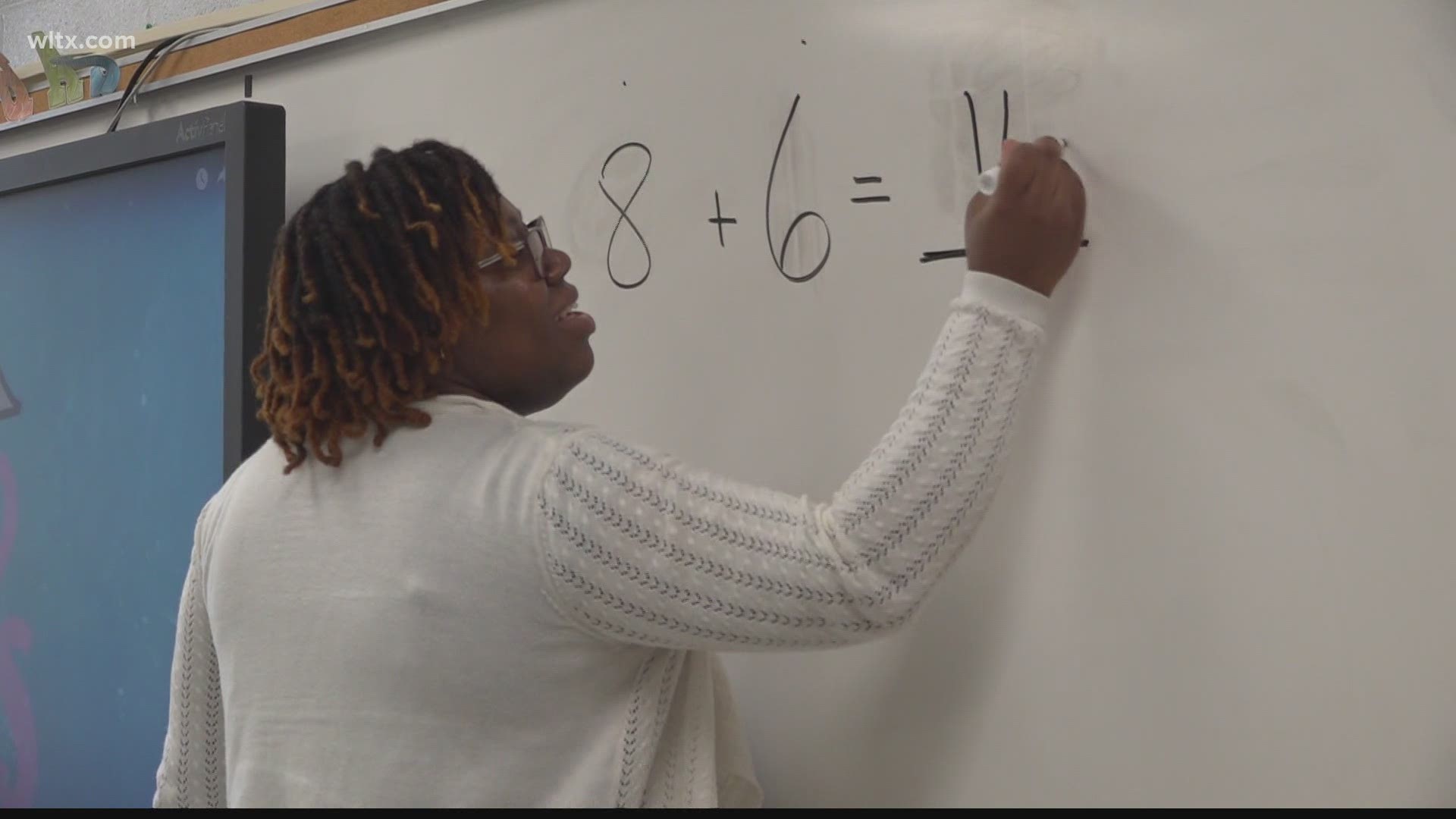 SUMTER, S.C. — School districts across the state have been hosting summer learning programs to get students up to speed after state leaders say kids were two to three months behind on average in English language arts (ELA) and math due to the pandemic.

In Sumter, educators say they’ve seen improvements among students participating in their programs.

“A lot of our students that we invited were virtual the entire year,” Cherryvale Elementary Principal Pamela Rhodes said. “They really are the ones who are going to almost have a mini culture shock when they come back for the 2021-2022 school year.”

In addition to ELA and math, Principal Rhodes said social-emotional learning has been their focus.

It’s an important addition for mom and Cherryvale teacher Ashley McFadden who has two soon-to-be first graders in the program, after they spent part of kindergarten with virtual and hybrid learning experiences.

“There weren’t as many kids in the classroom, as I know it will be when school starts back, when everyone comes back into the building,” McFadden said. “My baby girl, she’s a little shy. So, I feel like she’ll probably struggle a little in the beginning trying to transition with so many more kids being in the room.”

Getting everyone acclimated to larger class sizes will be just one of the hurdles districts will face when students return in the fall.

“Because of the pandemic, we’re going to definitely have gaps in most if not all students,” Rhodes said, “and so we’re prepared to handle those gaps by looking at individualized needs with those students, and particularly at Cherryvale Elementary having professional development facilitators come in to help us look at those gaps even more closely, so we can really be intentional about how we address those with each and every student in the classroom.”

Despite these challenges, McFadden said she’s looking forward to the future as districts statewide work toward a sense of normalcy.

“I feel a little nervous, but at the same time I’ve very hopeful and excited being that they will get into some sort of normalcy this school year coming up,” McFadden.

Rhodes said they’re still finalizing guidelines for returning, but expect desks will be at least three feet apart and masks will not be required, as is mandated by the state.

To learn more about the state’s ruling, view our previous coverage here.