The presidential election has been a hot topic, as the race to count thousands of votes continues across the nation. 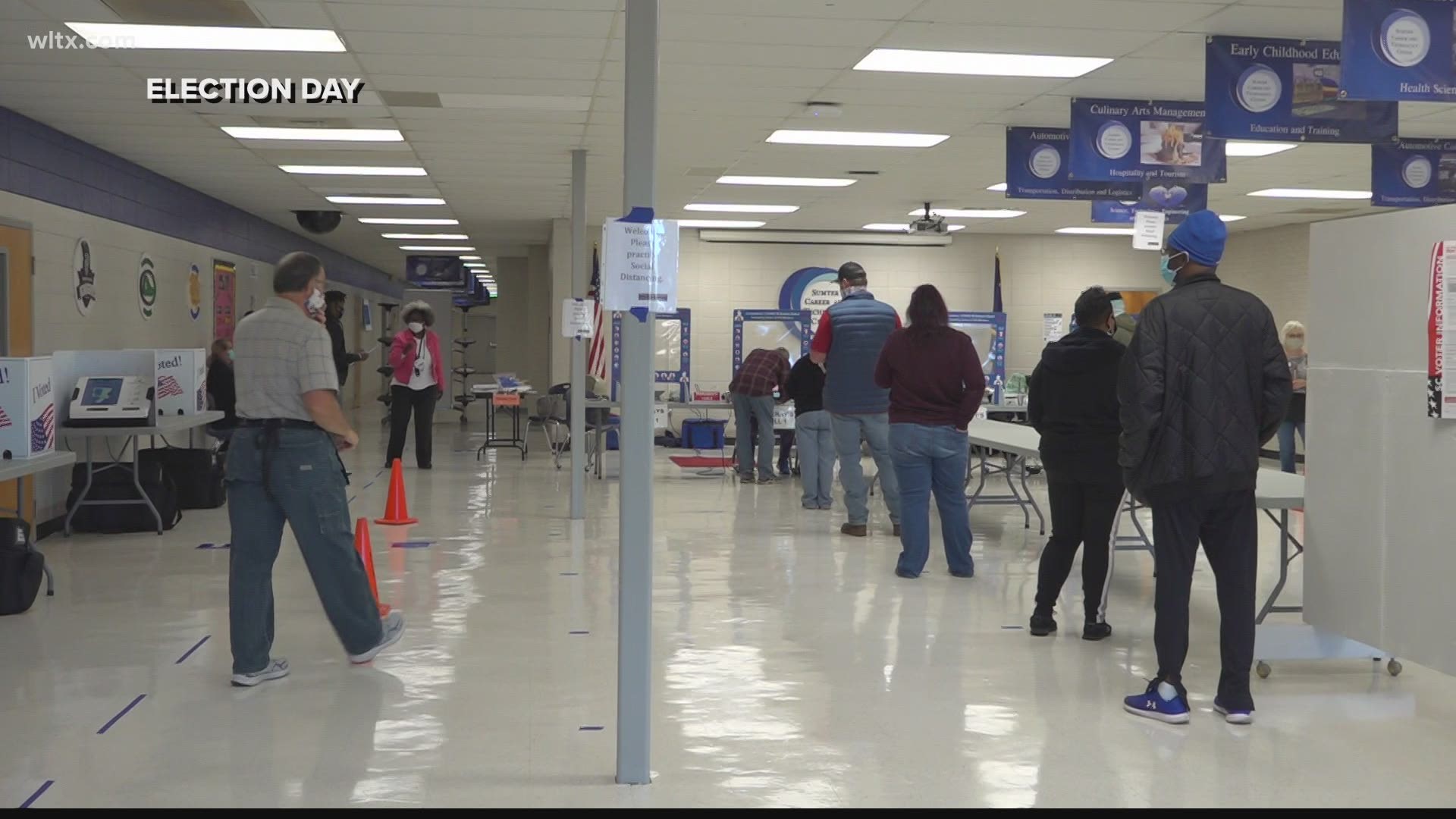 SUMTER, S.C. — The eyes of the nation are on the presidential election as the thousands of votes are still being counted.

"I just really want to find out how it turns out," Sarah Jones said.

She waited until three in the morning to watch the news hoping to learn the result.

RELATED: Presidential Election 2020: Live results from across the US

"I decided to take a break today," Jones said. "I'm trying to get away from the TV and the radio and everything, although when I get back in my car, I'll probably turn NPR on and see an update."

Franklin "Alex" Skoler said he also stayed up late to watch for the results. Now, he worries it could take days before the total count is in.

"I was finding articles that were like, it could be days, weeks and months," Skoler said, "and I'm just like uh, I mean, for an election? Like, for something this big?"

Sumter County broke records for absentee ballots cast with more than 32,000 votes recorded before election day. Just over 17,000 cast their ballot the day of, according to election officials.

Early data shows a majority in the county went for former Vice President Joe Biden, but he would ultimately lost to President Trump in the Palmetto State.

County officials say they'll be working their way through the remaining provisional ballots before finalizing the count on Friday.