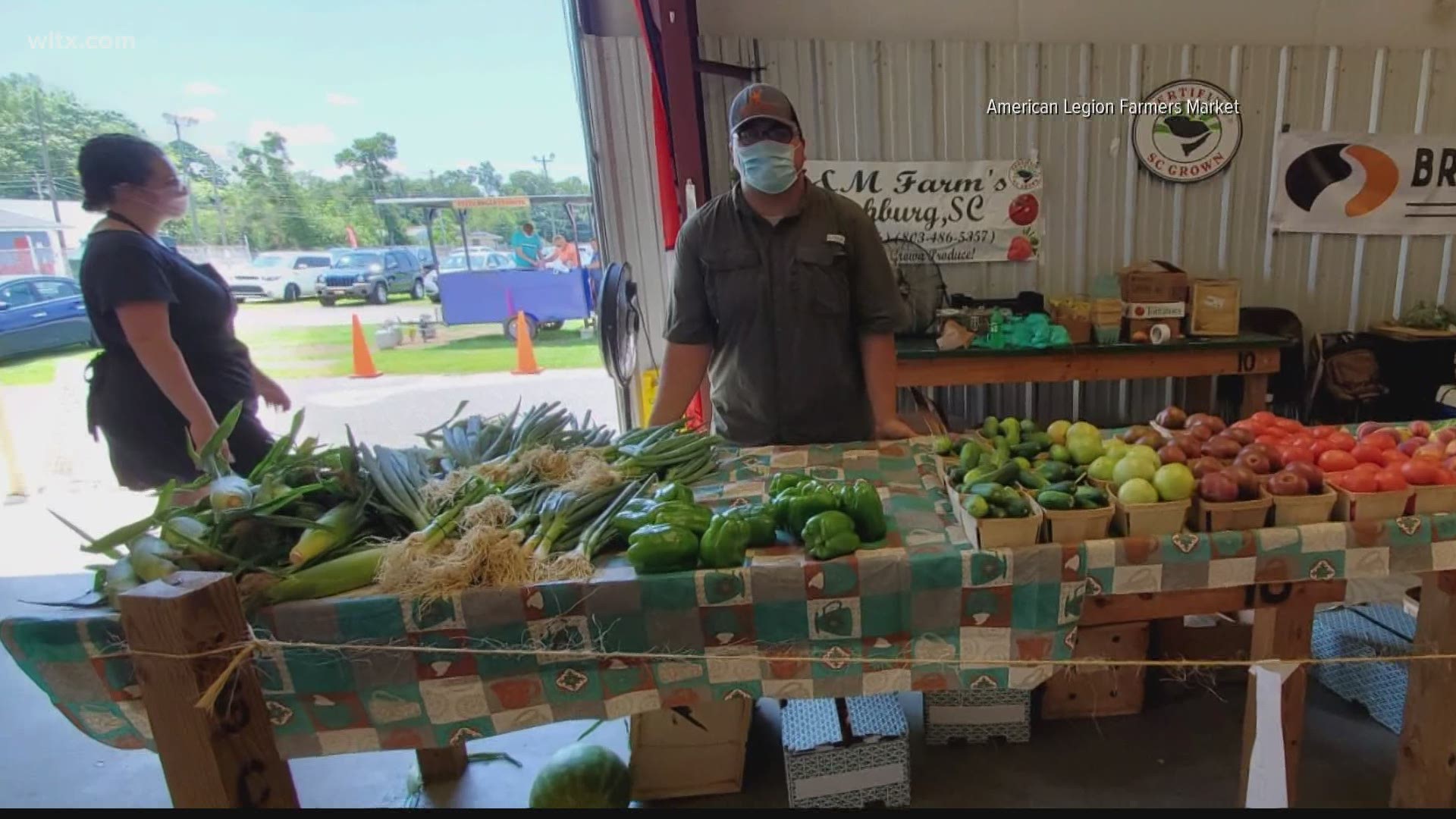 SUMTER, S.C. — The American Legion Farmers Market has been supporting local farmers and those in the community who were in need of produce during the uncertainty of the past year.

When she’s not out on her own farm, Brittany Stevens is managing the market.

“I’ve ran the farmers market since December of 2019 here,” Stevens said. “We have produce, pork… arts and crafts. We’ve got a little bit of everything here.”

As a farmer, Stevens said she’s no stranger to uncertainty.

“Just about any farmer will tell you, we just kind of roll with it and just make it work. Make do with what we have,” Stevens said.

RELATED: 'He was my protector:' Sumter coach passes away from COVID-19

So, when the coronavirus came, she and her team did just that to help famers and neighbors in need of produce.

“The most challenging thing was trying to figure out how to run a drive thru,” she said. “It was me and a few other people just trying to figure it all out and then after the first week we realized we needed probably 15 volunteers.”

Early on, cars lined up for food.

“The grocery stores were running out of a lot of produce,” Stevens said. “So, the locals were coming here and brought lots and lots of produces.”

This led to a successful year for many farmers, according to Stevens.

“It’s helped people realize there are local farmers here to help,” she said.

They’re now offering walk-up service again, bringing them a step closer to normalcy. The wet weather, she said, is now their biggest concern.

Sumter’s American Legion Farmers Market is open each Friday from 12 p.m. to 6 p.m. and Saturday from 10 a.m. to 2 p.m at 2 South Artillery Drive. They also offer drive-up service for preorders. To learn more, visit AmericanLegionFarmersMarket.com.